It came from the water- Slitherfexes 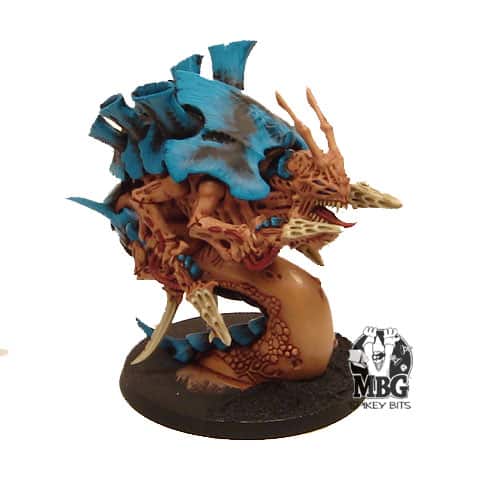 A long time ago in the midst of the rise of “Zillanids” I started my Tyranid army. One of the things I wanted to do was make my bugs look different that anyone elses. I had seen some people convert their Canifexes by mounting them on their short shaft of a tail, and remove the legs.

I really liked that look, but thought I could do better than that.  I wanted them coming up out of the water like they would have done during their first contact battle on Tyran Prime.  So I scowered the Internets and my bits catalogs and came up with the old High Elf Dragon body, the one that is curvy and looks like Trogdor. 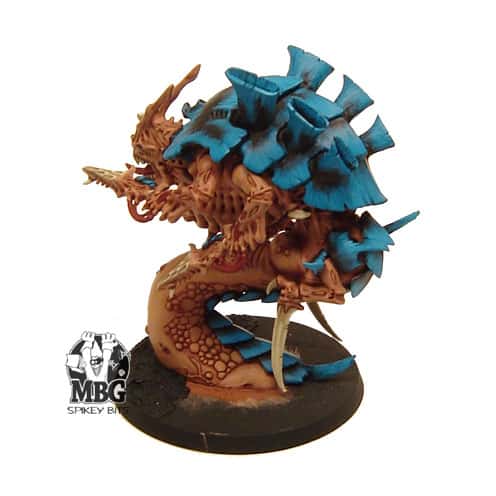 From there I had to plane down the bottom of the body to a flush surface to fit on the base. Then I added the standard Carnifex nipple to the top of this assembly, so I could connect the Carnifex torso to the HE Dragon torso.

Now for those bug fanatics out there don’t worry- I also added a third set of appendages (for a total of six) to the model to keep the fluff and synergy intact. To finish off the model, I added extended carapace bits down the back of its spine to make the two pieces cohesive, and work together.

Fortunately I had magnetized the weapon arms, so now all I have to do is paint up some new arms and hit the base up with some water effects and it’s done.

What kinda of Tyranid conversions would you like to see come out during this re-release? 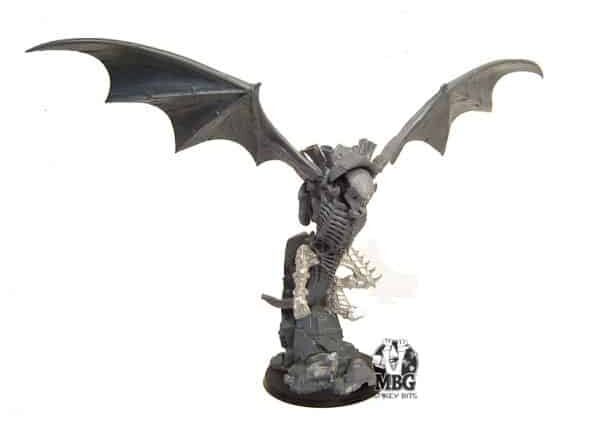 PREV ARTICLE
« Rise of the Tyranids- Harpy Work In Progress 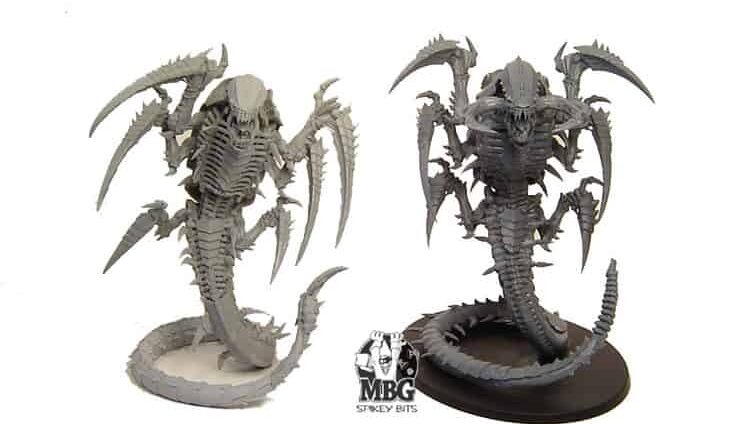 NEXT ARTICLE
Model Review: Trygon Plastic Vs. Forgeworld »
If you buy something from a link on our site, we may earn a commision. See our ethics statement.