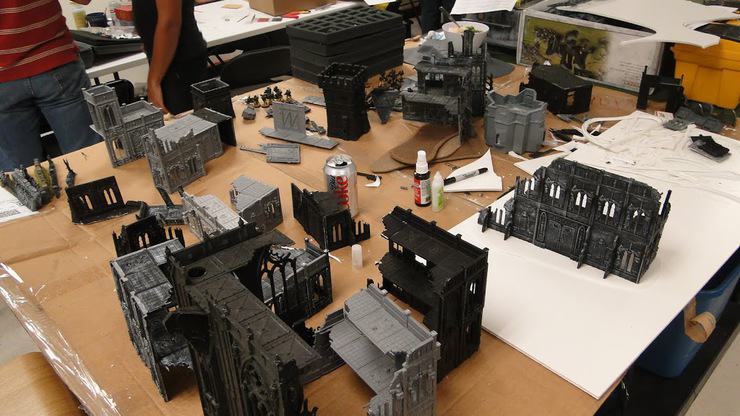 Recently at FTW Games we had to get a lot of terrain made up for our 40k RTT.  Fortunately the local gaming club, Stony Point Refugees, had a bunch of Cities of Death buildings assembled. So I opted for the quick and easy route and based them all with Foamboad (also known as Foamcore).

Why Foamboard? Well two reasons, I was on a schedule, and it was cheap.  While I would have rather made the bases out of Masonite, the stuff clipboards are made out of, but the problem was that it requires power tools to cut and to sand down the edges. With time running out and outside temperatures over 100 degeress I opted to stay indoors and keep the fuss to a minimum.

We set up a ad hoc assembly line with me in the middle cutting up the foam core bases for the buildings that had been touched up/ reassembled.  Then the buildings went down the line to be glued down and based.

How I worked it was I would trace a rough pattern around the building as close as possible to the walls. Keep in mind that over time the board will warp up around the edges, so you don’t want a huge lip hanging off per ce cause that will bow up and look dumb after awhile. 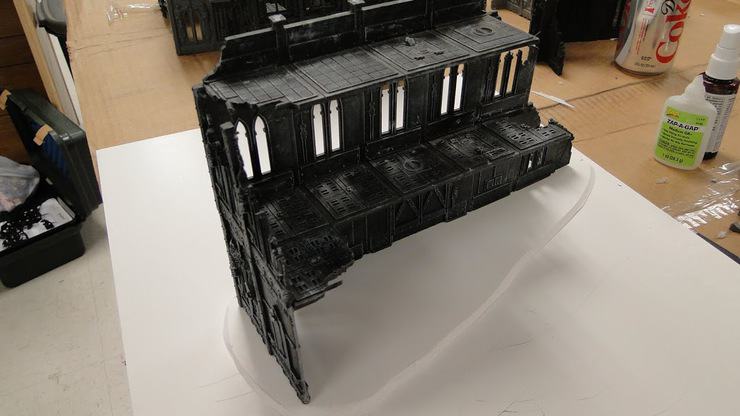 Another thing to keep in mind is when you trace you need to make you pattern inversely.  So say your pattern is longer on the left side then the right, you should make your pattern the inverse of that- it should be larger on the right.

Did I lose you? Its okay here’s why you want to do that. For the next step you are going use you hobby knife to cut into the foam at a 45 degree angle tracing your pattern.  When you are done cutting flip your base over and viola a beveled base in the shape of your building!

Now all that is left is to glue down the building (I recommend using hot glue here), and painting the lip of exposed foam to prevent it from disintegrating when you primer the building.  You can texture the base before or after you prime the building, just work smart and don’t spray over any completed work.

What do you think? Masonite or Foamboard? -MBG 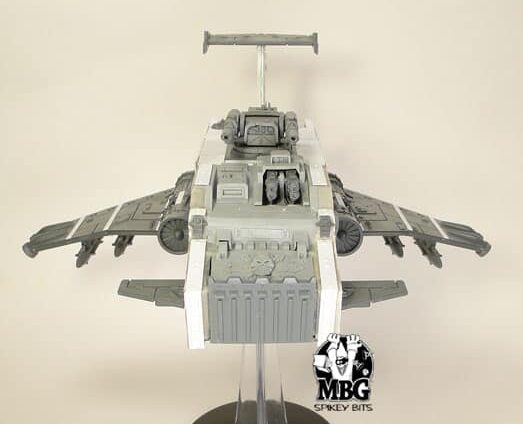 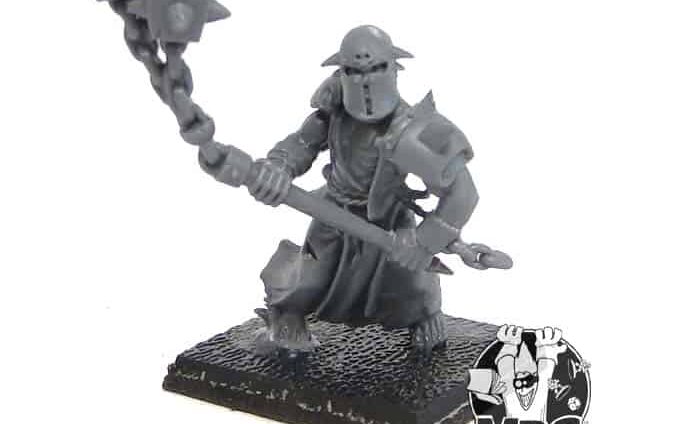 NEXT ARTICLE
MBG is playing Fantasy!!?? My first widdle project. »
If you buy something from a link on our site, we may earn a commision. See our ethics statement.