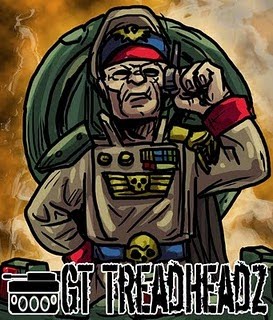 This is part 2 of an interview that was started over on BOLS. If you came here from there thanks a lot for following along. We pick up with Nick starting to theorize about list design after coming back from competing in the European Team Championships.

Nicholas says: Coming back from the ETC I want to scrap ever playing with Vendettas They are too much of a liability with good players.

Paul says: I run a single vendetta for that same reason. But please explain, Nick.

Rob Baer – MBG says: WTF can you get that is better for the points

Nicholas says: Well in the ETC the whole model had to be on the table so I had to stay roughly about 12 inches in. Which means everything could reach it, and bring it out of the sky.

Jon says: Vendettas are targets. (some of the bull’s eyes he was talking about before)

Rob Baer – MBG says: Sure, and we do play in America where the common rule is that the tail can hang almost anywhere.

Jon says: I prefer the transport value over the shooting from them. If my opponent gets to shoot with a vendetta against me, I did something wrong. And with all the Long Fangs that are on every third table, you just can’t expect those to get you much value.

Nicholas says: I rather take devil dogs or bane wolfs to cap the end of my Chimera wall. I can hide those types of tanks for at least some type of cover save. With two multi melta shots I think I can cover the gap left from vendettas.

Rob Baer – MBG says: I agree they are targets, love the las though.

Paul says: Jon, what is doing something wrong, missing the roll to go first? Or would you start in reserves vs a few vendettas?

Jon says: I prefer going second and it all in Reserve against heavy shooting armies. I’ve never understood people who line up to get shot.
Paul says: People like to play with their toys on the table. I’m one of those people.

Rob Baer – MBG says: I don’t like gambling with getting stuff in. But with the astropath…

Jon says: It’s the old way of thinking. We used to have to deploy everything – now it’s an option.

Nicholas says: Depends on what your going against. If I am going against Chaos or some similar armies I don’t care. You have two or three things that can shoot me and then I just refuse a flank. Against another guard army I might care. This is one of the areas where Jon and I disagree.

Rob Baer – MBG says: Well, sure. With a mirror match reserves might be a better idea.

Paul says: You don’t think it’s just a choice of what you want to put your faith in? The sieze roll or the reserve rolls?

Nicholas says: I think if you reserve off you are going to come in piece meal and its a hard fight more then likely your going to loose.

Rob Baer – MBG says: I agree but the 3+ from the Astropath helps.
Jon says: I think if you Reserve off, you get your opponent smoked at a bad time for him, get to start with smoke, and you see his cards.

Paul says: Do you take the astropath? I’ve been taking the Officer of the Fleet but I am considering dropping it.

Rob Baer – MBG says: They are both good

Nicholas says: I have found the officer of the fleet hurts because the opponent can come in on round 5 to contest objectives and I can’t do anything.

Rob Baer – MBG says: It can, less time to shoot.

Jon says: I think the Officer of the Fleet hurts me more than helps

Jon says: I want your guys on the board where I can kill them

Nicholas says: People who say they are awesome I don’t think play enough games against good players with him.

Rob Baer – MBG says: There is that. Khan = baby seal

Jon says: Khan dumping terminators into Long Fangs makes me happy. Khan himself is pretty weak but his trick is a good one.

Paul says: Fair points all around. The use of the Officer of the Fleet in my area might just be reasonable. For a while a lot of the players you would see on the top players were using armies that relied on reserve rolls and getting their army in when they expected.

Paul says: So astropath good.. officer of the fleet bad. That’s a bit of a reversal from when the guard dex was released.

Paul says: Didn’t you play Al’rahem before he was cool?

Jon says: Yeah, it’s all about putting in the games to see what work. Paul, I did. I played him when we played at Adepticon 5 years ago.

Nicholas says: Jon is Al’Rahem in disguies and he dresses up as him for Haloween, its kind of scary.

Paul says: It was a while ago. I didn’t know I was playing a would be super star!

Jon says: Whatever, you’ve done more than me lately. I just goof around.

Nicholas says: What do you guys think about blob or hand to hand guard?

Rob Baer – MBG says: That guy that owns Mongoose, Alexander does well with them. He uses movement trays. Lol!

Paul says: I am anti blob.. But in a soon to be released article on super units the guard with Straken get an honorable mention.
60 plus counter attacking guard with power fists and power weapons. It can be nasty if you catch your opponent flat footed.

Jon says: Rob, I played him in the gladiator finals. I killed every last model.

Jon says: Bah, Straken beats the crap out of the Swarmlord unlike any Marine. Unfortunately, to make his unit awesome, you have to spend a ton of points.

Paul says: Transports are just too awesome in 5th not to use. They block LOS, they are hard to kill and they can sit on objectives all game long.

Rob Baer – MBG says: Tank shock stuff into walls, off objectives, off the board.
Nicholas says: Ya, tank shock really hurts a lot of the new marine codex. It’s one of the space wolf and blood angel weaknesses. They are all ld 8 a good bit of the time if they combat squad or you’re able to weed out the ld 9 guy.

Jon says: Tank shock is very good against Puppies, for sure. LD nine is breakable with enough chimeras.

Paul says: Ok. Before we go too far off the path we are supposed to talk about codex creep and how to keep the IG competitive.. Everyone is saying that the Wolves are now top dog and the BAs could be close behind once more people play test the list. So.. is this all internet hype? Because it seems like the strategy hasn’t changed.

Rob Baer – MBG says: um guard is still good. I’m more pissed we will lose the tarot than the mystics.

For part three please click here to head over to Litanies of Hate. TPM Blood Anegel 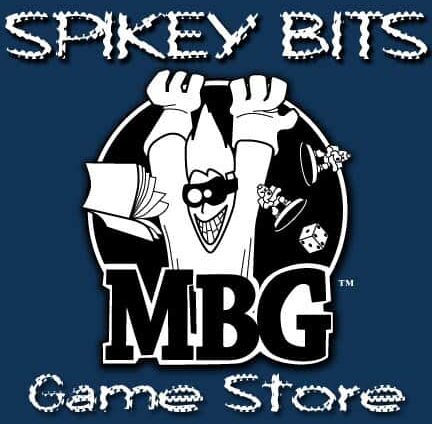 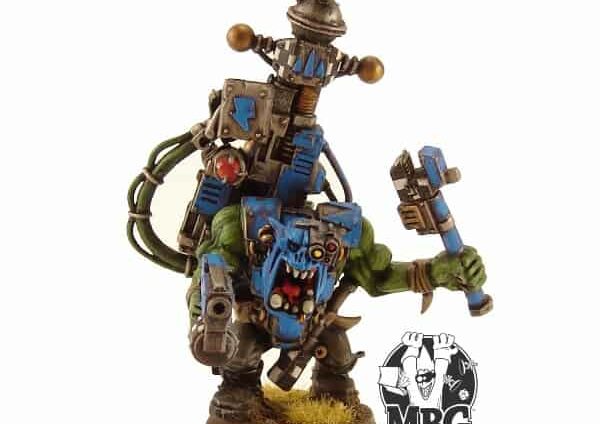 NEXT ARTICLE
Dred Mob- 1850 Orky Mayhem Army List »
If you buy something from a link on our site, we may earn a commision. See our ethics statement.