That’s right its spring again and in the 40k universe that only means one thing (besides new releases), it’s tournament time! Besides being the most awesomest tournament in the country to date, Adepticon is a chance to hang out make new friends, and catch up with your old ones.

So many people come to this event now that if you haven’t been to it yet you really are missing out on tons of cool events, located in an amazing venue. Did I mention CHI-TOWN?

Soap box aside I wanted to post up some of the new models I was working on for the event. I picked up playing Space Marines recently, and decided to throw together a six Dreadnought army.

Why you ask? Good question!  Well it turns out that I may have been drinking, and I may have made a bet that I couldn’t play a different army in all three of Adepticon’s main Tournaments.

I know right?  What was I thinking?  As if it wasn’t taxing enough playing 11 games in three days, now I have to do it with three different armies! Well I guess I got my work cut out for me.

After a little research I figured out the most competitive way to do at 3+ dreadnought list was by using Blood Angels rules. Shocker I know, but for the record I almost held off. I really like the Master of the Forge build over the red space marine one.  In the end though Blood Angels won out.  I mean who doesn’t like a bazillion Lightning Claw attacks, and Dreads that can fly??!! Pick me, Pick me! 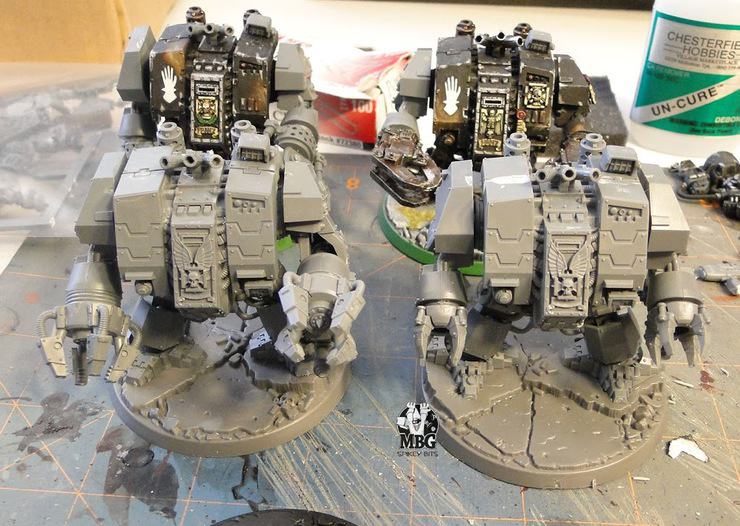 These were the first four of the big guys I whipped up.  Death Company dreadnoughts with fists in the front, flanked by Furiosos with claws in the rear.  I used Ironclads for the Death Co dreads to make them look more techy (Iron Hands??!!) and less flashy, and I have to say I think it turned out good. 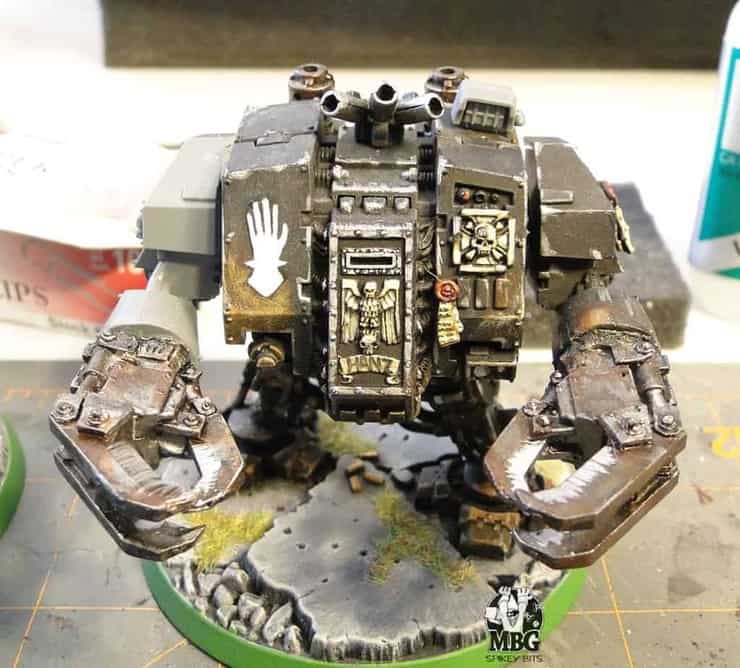 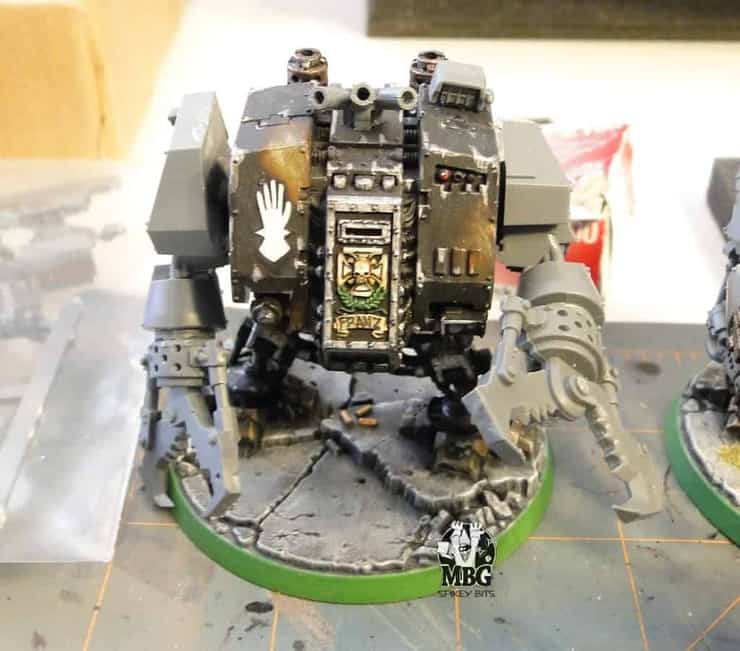 Next up are the Furiosos with their dirty, dirty, claws. I snatched up the claw bits from an old Ghaskull, and a Deff Dread respectively.  The look is just what I wanted, plus I’m sure my opponents will still be able to tell what’s armed with what. Sweeeeeeeeeeeeet!

And what’s a Blood Angels army without a flying dreadnought? Not a true Blood Angels army that’s what. (Well I can’t say that for sure, but it sure as heck may not be as fun without one!)  So here’s my Librarian Furioso, or as I like to call him the freshmaker. 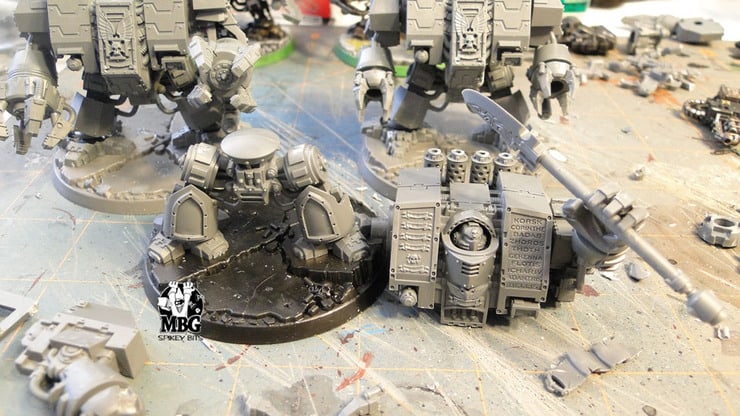 Again going more for the “techy” look over flashy Red Marinez one, but still managed to throw it a little Librarian love. He’ll get more bits loving soon, as I plan on adding a pew pew laser blast effect to his fist! Muahahahahahahaaaa

Well that’s it for this episode.  More on my new army and pending Adepticon adventure soon.  And don’t forget if you are in the market for Bits or Pre-Ordering some of the new Grey Knight minis, head on over to the Spikey Bits Discount Store, and help support the blog!

Thanks and enjoy! -MBG 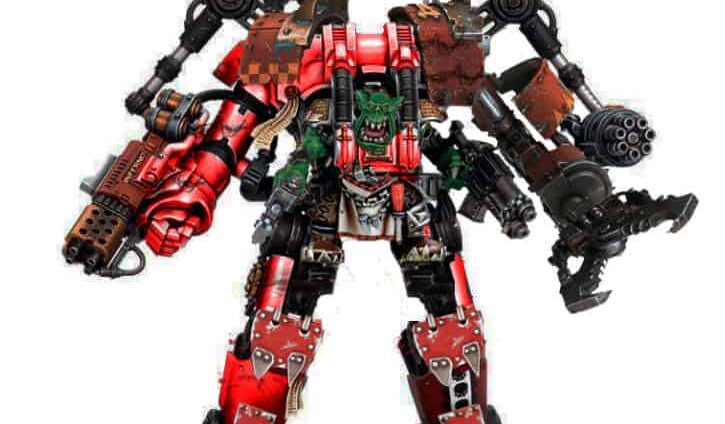 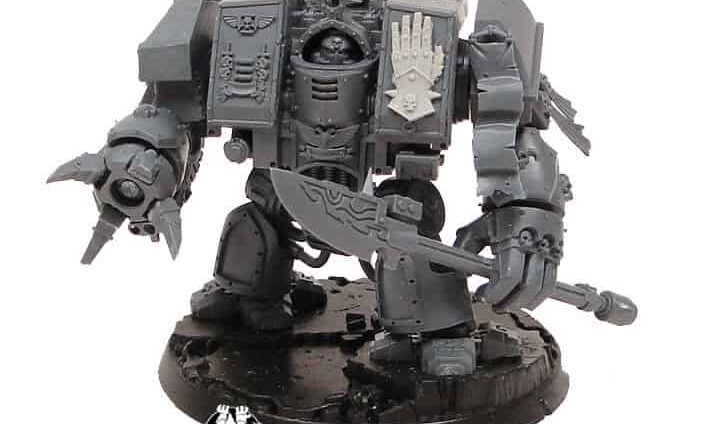 NEXT ARTICLE
40k Road to Adepticon: Iron Hands Strike Force Ferrus Part 2 »
If you buy something from a link on our site, we may earn a commision. See our ethics statement.