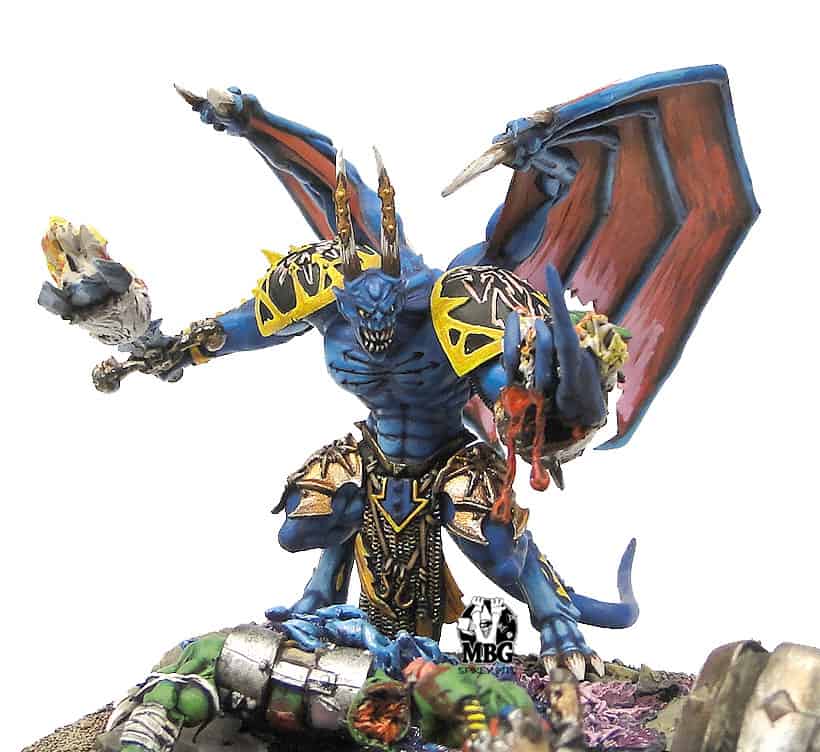 So here is the finished product from last week, a Daemon Prince of Tzeentch Diorama.  My buddy Jkin spent the good part of a few weeks converting up both the base, and the model itself.

They are pretty much all scratch built with a ton a green stuff.  I really dig the drippy blood effect, and the puttied flames.

You can make that drippy liquid effect by attaching clear fishing line to the model so it gives water effects something to grab and form to as it dries. 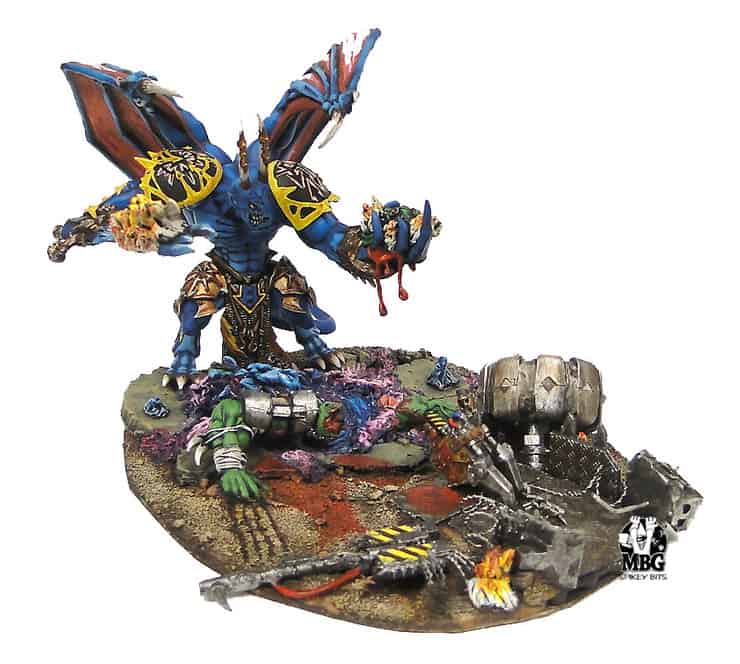 The premise for the scene is the Tzeentchy Daemon Prince shredded open an Ork Trukk, and after growing bored toying with the Nob, has banished him to kicking and screaming to the warp.

Big story on a small base, and I think he really pulled it off well! 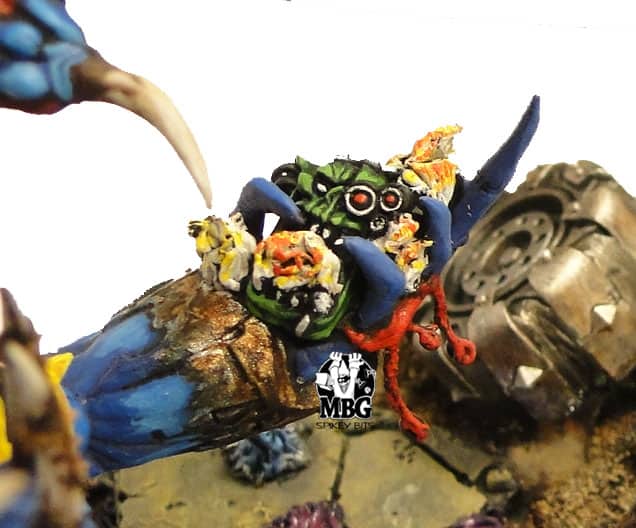 Where is the rest of the Nob you ask?

Um lets see where did he put that…oh its right here, engulfed in flame and bleeding out.

Ouch, where’s a Mad Dok when you need one? 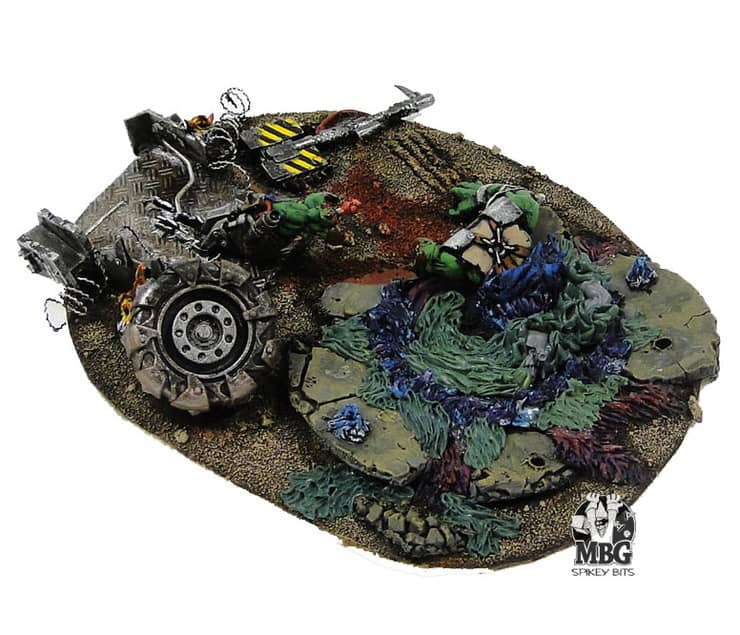 If you missed the article last week, this picture of the base is how it all started.

Check it out, you can see the green stuffed warpfire portal and other misc details Jkin did in the picture opposite.

Want to see your conversion on Spikey Bits, or possibly Bell of Lost Souls? Take a picture of your conversion against a white background, and send it to me with a description of your work. I’ll try to work it on here as I can! 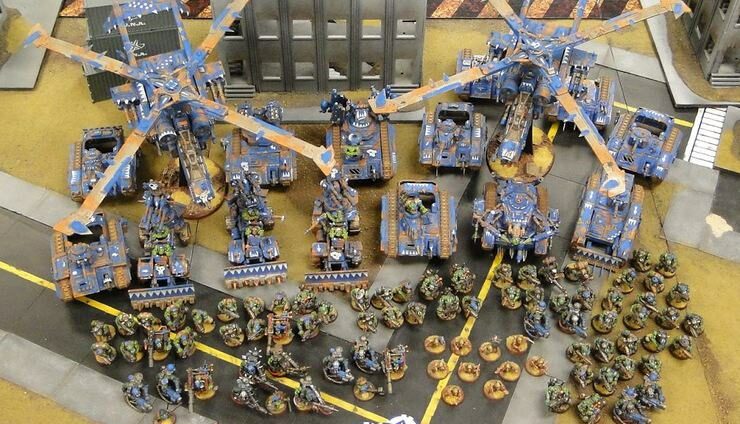 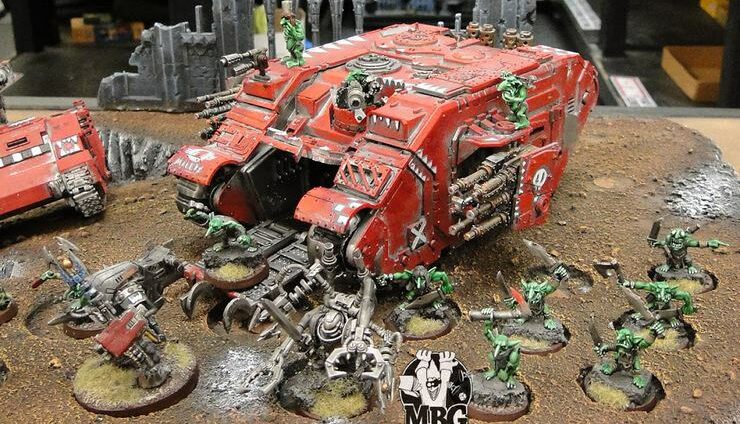 NEXT ARTICLE
Army Showcase- Orkquisition at Nova Open Invitational »
If you buy something from a link on our site, we may earn a commision. See our ethics statement.