Welcome back to another polite rant/ clarification about a topic I feel very strongly about, the Necron Leak by Beast of War.

First of all I wanted to clear up several serious points that were bugging me.  I do not think the leak was a bad thing for the hobby, personally I enjoyed seeing the photos and can not wait for them to hit in a few short weeks.

Secondly the issue at hand on here is not GW’s new release policy, it’s the blatant attention grab by Beasts of War at the expense of every retailer in the world.

Third I’d like to clarify a statement I made to Beasts of War. In my comments I stated, “100% do not agree with anything you have done, and will never agree no matter what you say ever”.

Well I just wanted everyone to know what I wasn’t trying to invalidate anything they have ever done (I’m sure they’ve done something nice in the past), this was just in reference to the Necron leak, and their apparent attempt to back pedal the whole thing in an upcoming episode per their comments on here.

And lastly, I’m sorry this crap has taken up two posts worth of content for Spikey’s dedicated readers.

So that being said lets get on with the main event….

Warren at BoW decided to come on here, and post the following (with direct links to BoW which I kept out)


We won’t be discussing our source but I’ll be happy to say who it wasn’t!


Hope the MODS don’t mind us posting this, but this will give us the chance to set the record straight and give anyone whose interested a glimpse into how these leaks come about and are managed.


Thanks Folks for making Friday Night so exciting!

First off Warren I am a stupid American. I have no idea WTF 10pm BST (GMT+1) means. Is that East Coast or West Coast time?

I’m not sure so I guess I will not be tuning in at whatever hour that ends up being, sorry dude.

You want to set the record straight about Beast of War and how things like this are managed? Sure lets do that. I have a few questions for you if you don’t mind sir.

1. Besides making money off YouTube Ads (Minus the money you pay back to them for placement), how do you make enough money to keep your studio afloat?  By studio, I mean the awesome place described here in lavish detail, that apparently you still are a part of according to this.

2. Are you just plain rich, or does your brother/daddy/uncle owns said studio? In which case you just have fun doing videos about the game you love, oh and crapping on retailers and GW.

Hey there is another Johnston listed on there as director, so you never know maybe he’s your Daddy. 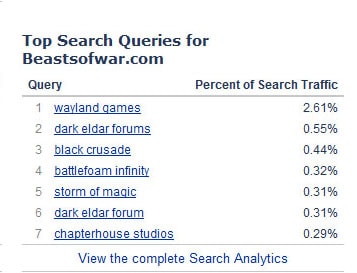 3. If not does a particular retailer perhaps have a stake in your company, maybe give you money to produce your videos and site? Because if that’s the case well you cease being “media”.

A lot of speculation has tied you and a U.K retailer together at the hip, which is fine I suppose unless you are say using information to benefit that particular retailer at the cost of all other retailers in the world combined?

Huh lookie at that stat above, wonder what that means…. 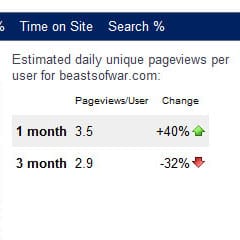 4. How do these leaks come about and how are they managed?  Lemme guess you post a bunch of stuff your not supposed to for say a couple of days until GW gets mad at you. By then its too late cause the damage is done, and oh well you got more people coming to your site. (which I suppose you need, by the way, because your YouTube channel got banned a few months back).

Ouch looks like your pageviews are down brah. Better do something about that, don’t let Google steal all your clicks! 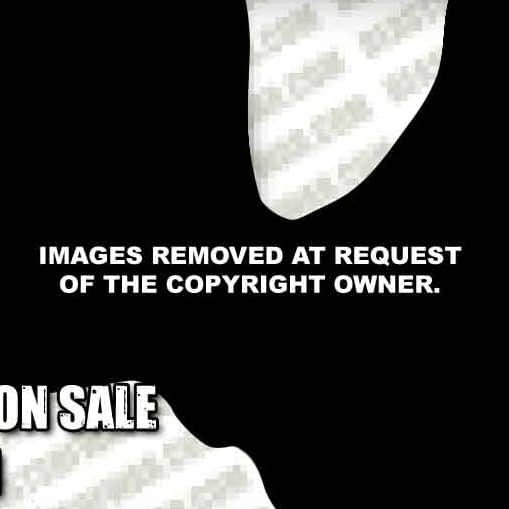 5. Did you really think you benefited from this? I mean your site was slow as crap Friday (I guess it was too excited), and people could just as easily go to Dakka or BoLS or heck here and see the same thing for less work. Oh and the best part, none of us will get in trouble for posting pictures with your logo plastered all over it.

You however obviously have.

6. What were you thinking? I mean I get it, you need traffic sure. Was this really the way to go about it? I mean now you are scrambling to make articles that don’t contain stuff you can’t talk about. Why not maybe just use those articles leading up to the release for a steady stream of visitors?

7. Will you do this again?  Personally I doubt it. The backlash has been fierce, and I’m sure GW will take steps to ensure whatever caused this doesn’t happen again.

However if you do make the same mistake twice, I’m sure all the other “media” sites out there will be happy to benefit from it again.

Thanks for the photos, keep living the dream. -MBG 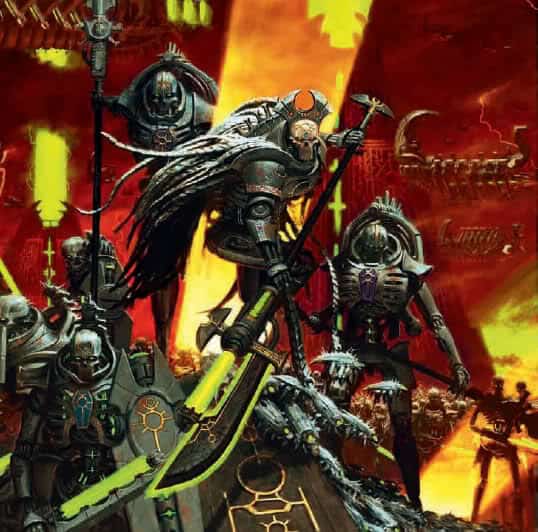 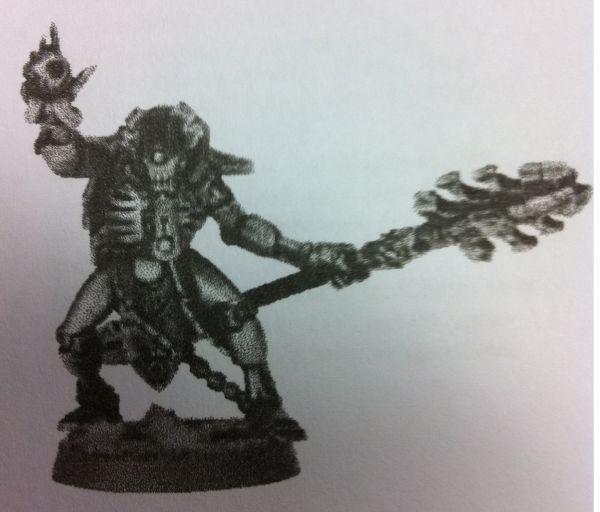 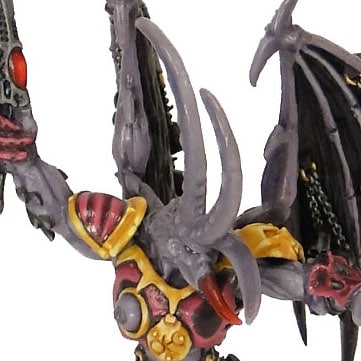 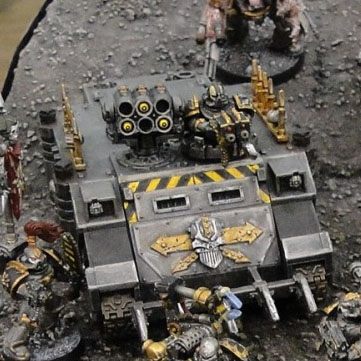