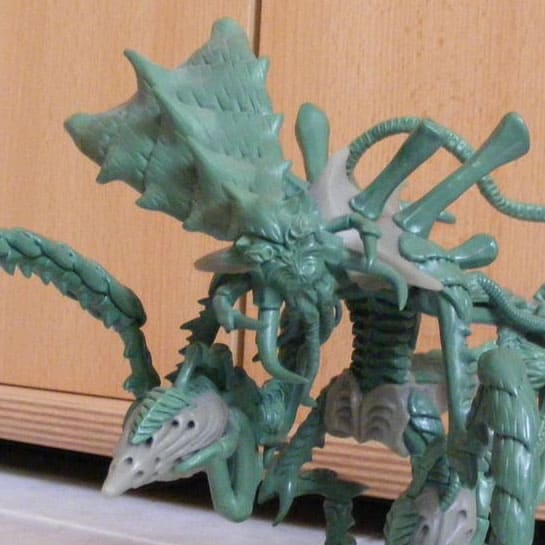 So I was searching for more Tyranid conversions to get the juices flowing to convert up the new Tervigon, and Hive Tyrant kits, and stumbled once again over to Hellric’s.

That’s where I found this beauty! Apparently this miniature was made custom by HiveTrygon who has his own company Troll Forged Miniatures.

I checked them out too, and they have some really neat bug stuff for sale to say the least.

The Conversion(s)
Well this guy has a ton of green stuff work done, and really smacks of some creepy Chitulu / Mantis / Tyranid gene splice.

I’ll let Hellric take it away from here as the back story to this model is rather upbeat!

A few years ago, I was browsing the web in search of cool tyranid conversions. In those times, I didn’t even think of doing anything by myself. I had found a website of a guy who called himself “Hivetrygon”. I had been blown away by a miniature of a hive tyrant, completely done from scratch. I loved the model so much that I mailed Hivetrygon to tell him how cool it was and that he should think about producing his own minis. Time passed and I met Hivetrygon again on Warpshadow forums, and he announced that he was trying to make and produce his own minis, my suggestion had spawned some ideas in his mind, it’s himself who said that. So his company is running now, check it : Troll Forged Miniatures.

And now he has sent me this mini to thank me for my support. For free, nothing !!!  It’s way too much, but hell, what can I do besides painting this beauty as good as I can ? So this is obviously my next project…

Check it and tremble ! 😉 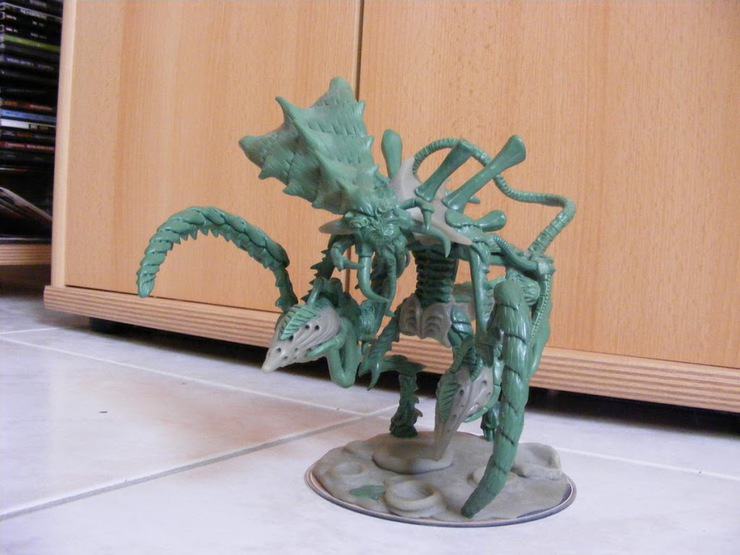 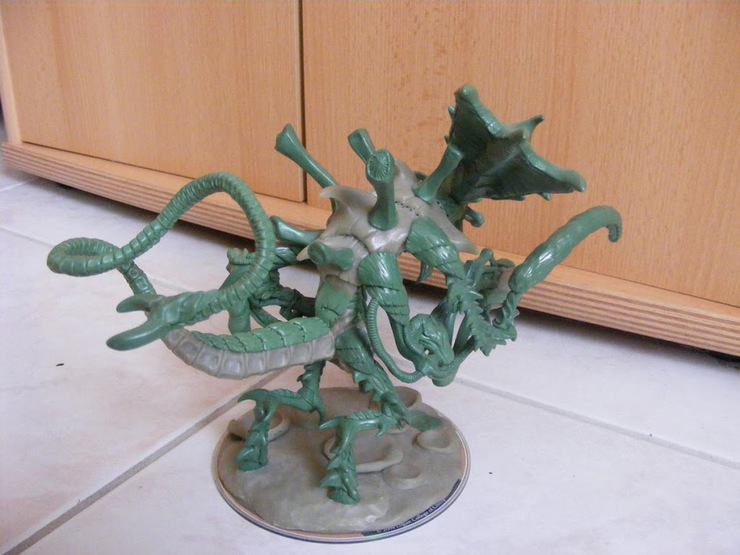 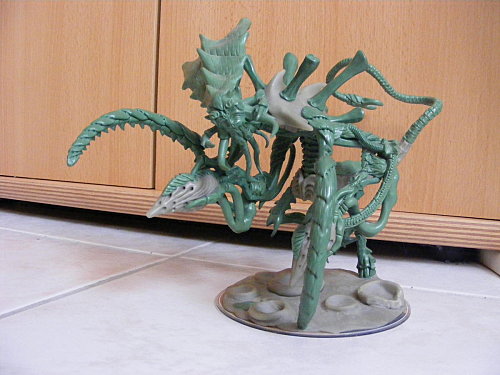 So if you find yourself under the control of the Hive Mind, hop on over to Hellric’s Blog, and be sure to checkout Troll Forged Miniatures as well! -MBG
Need New Bits? Get the new TYRANID and SPACE WOLF Bits for 20% OFF, with FREE SHIPPING WORLDWIDE!! Over at the Spikey Bits Online Store, all bits are 20% OFF, and most ship for FREE, Worldwide! 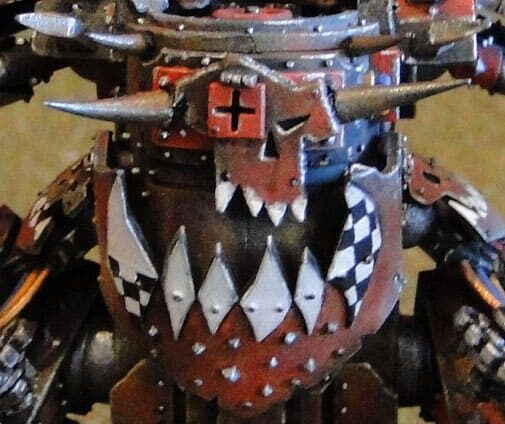 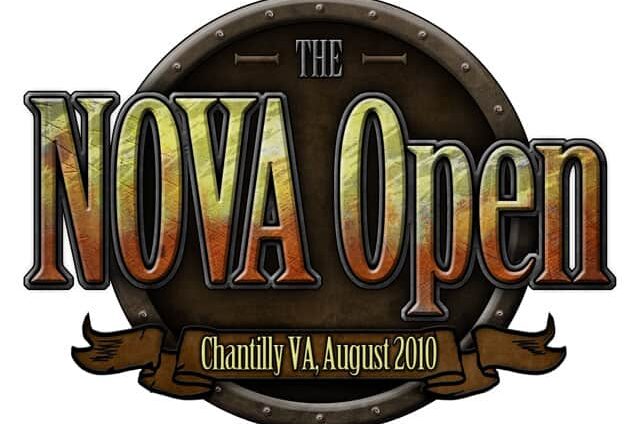 NEXT ARTICLE
2012 Nova Open & The Virginia Primaries »
If you buy something from a link on our site, we may earn a commision. See our ethics statement.