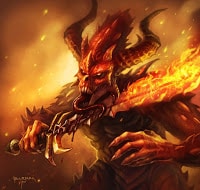 Well looks like that perhaps Daemons will be an upcoming release, done once again in the TWO codex/ army book style.  I guess a good indication of this is the fact that Warhammer Fantasy hasn’t had a “book” release in like 10 months, so they are about due, I would think.

Here’s a compilation of the latest rumor Daemon Rumors to come out over the last few days, from Faeit! -MBG

Following the theme the last two days, we are getting more information regarding Daemons. Khorne Chariots and Nurgle Flies ridden by plaguebeareres coming next month? Check out the latest rumor bit.
via Darnok over on Warseer
Releases as rumoured: Greater Daemons in plastic (maybe only 2, maybe 4), Nurgle Flies ridden by Plaguebearers, a Khorne chariot/cannon double-kit, plus stuff. That’s not bad, given that Daemons had a wave last summer. Of course there will be the usual mix of characters in plastic and Finecast. So what more do you really want?

In the last release for Chaos Daemons through White Dwarf we had a chariot release for Slaanesh, and there have been rumors that this chariot release for Khorne will something similar. We have been hearing that there are going to be two options, one for transport and one for a cannon, but today we hear a slight modification on that which brings up the question on whether or not we will see a third unit option for this release.
Or this could simply be a correction to the previous rumors.

via 75Hastings69 over on Warseer
I was under the impression that the khorne chariot was either built for a herald or built with a cannon option, not heard about this troop carrying option.


Please remember that these are rumors.
via harry on Warseer
Daemons of Chaos:
Release Date: Unknown.
However there are rumours that a release of models is coming very soon. (Harry)Next month … in next months white Dwarf (Kijamon)
Author:
There are no rumours of a book at all. Just a wave of models. ( Harry)
Rules:
Army book update sheet/leaflet in next months White Dwarf with new rules and updates.
Models:
Plastic Plague Bearers. (Erazmus_M_Wattle, manickZe, Harry)
Finecast screamers … not the old models. New sculpts. (Erazmus_M_Wattle)
Some BIG , gribbly monster type thing. (Not a mammoth. Not a Greater Daemon).(Harry) Nurgle specific? (Harry)
Flying? chariot. (Harry, Erazmus_M_Wattle)
Herald of Slaanesh on chariot been spotted in warehouses.(Silvertounge)
Soulgrinders in fantasy. Massive rectangle base. (Erazmuz_M_Wattle) This must be the big thing on a monster base I heard about. I wasn’t expecting a soul grinder … Nurgle speciific thing was (clearly)my incorrect assumption. (Harry)
This just in from Rixitotal who has read next months White Dwarf:
“So in next months white dwarf there is going to be a leaflet with updates for Codex daemons and daemons in fantasy.
Some changes to old units, flamers are now only S4 in fantasy and some units have had point changes. ect.
Also new units slannesh massive chariot (2D6 +1 impact hits) and other weird chariot thing in 1 kit. the other thing looks and acts kind of like a mobile meat lawnmower. This is in both games and acts like a chariot in 40K.
Soul grinders are coming to fantasy! has T7 6 wounds and a load of upgrades for its shooting. looks pretty mental.
The model (40K kit) in the white dwarf and leaflet was on the same base as the giant goblin spider.
New models for plague bearers (really really nice, some have fly heads)
Screamers (look similar but with lots of eyes),
Flamers (similar)
Nurgalings (looks like a pile of funny little germ monsters you might get in a dish washer advert).
More confirmation of this and some more details from my inbox:
Chariot kit has two builds. One has four daemonettes and a herald called an exalted with a big whip. The other build has the exalted on her own but the chariot is dragging spiked / bladed rollers behind it.
Soul grinders comes on the same base as the Arachnarok spider. Shooting attacks. One attack works like grape shot but can be upgraded. Another works like a stone thrower.
Blue Scribes gets a mini. More Dais than disc.
Further Down The road:
All 4 greater Deamons will get plastic kits (with head/weapon options plus wfb/40k specific bits on sprues) and that there will be “resin conversion packs” to make “named greater Deamons”. (Hastings) No idea of timescales on this. I am not expecting them to arrive together Or with this wave. (Harry)
Jes Goodwin is rumoured to be doing the Bloodthirster. (BRING IT ON! ) No timescale for this. (NatTreehouse)

1. I still believe in a White Dwarf update, and the comments here just add to that. So don’t expect a codex.
2. Stickmonkey is the source for this post, derogatory comments will be deleted. Disagreeing is fine, but we do not jump on board the Witch Hunt here on this site (I do not like deleting comments, and there was a surge in comments vs Stickmonkey yesterday)
So for clarity, and for those readers that do not venture into the comment sections, here is what was posted up.
via Stickmonkey (I am assuming), from yesterday’s posts.
http://natfka.blogspot.com/2013/01/chaos-daemons-release-compilation-for.html
StickMonkey here. Almost all those rumors came from me, but i want to clarify a few items as it looks like some of my info is now being reverbed through the internet.
Most of my info comes from playtest and/or design notes. As Harry(warseer) and I have discussed I have discussed this makes it very difficult to get dates accurate. So I rely on other rumor mongers further into the production cycle to get timing better.
I see that there is a lot above that was early info so let me share some things that are looking less than likely, as Bigred at BoLS already has some new info from me and I wont steal his thunder.
No fw chaos beast. Not sure who built that up, but no.
No csm daemon engines.
Highly unlikely all 4 GD will be released next month.
Not expecting a codex or army book next month. I hope i am wrong as I do play daemons and would like one myself.
Not expecting more that 1 chariot size release next month.
Not expecting more than 2 smaller plastic kits next month
Not expecting more than 4 finecast kits next month.
When I say next month i mean the Daemon Month. Based on Hastings, we all believe it is next month. If Hastings is wrong we we all be wrong. Like I’ve said, my info does not come with reliable dates attached. 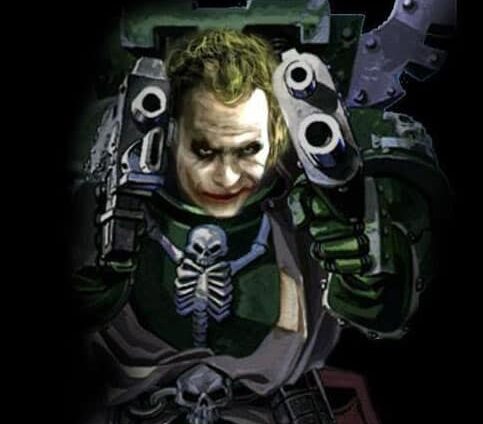 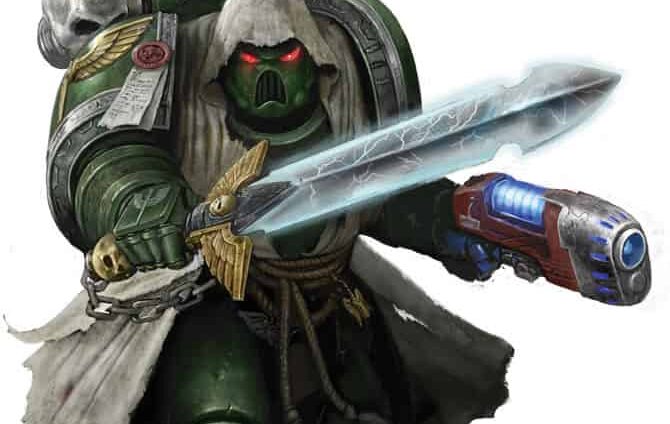 NEXT ARTICLE
Dark Angels Codex Picture Dump, Units & Special Rules »
If you buy something from a link on our site, we may earn a commision. See our ethics statement.