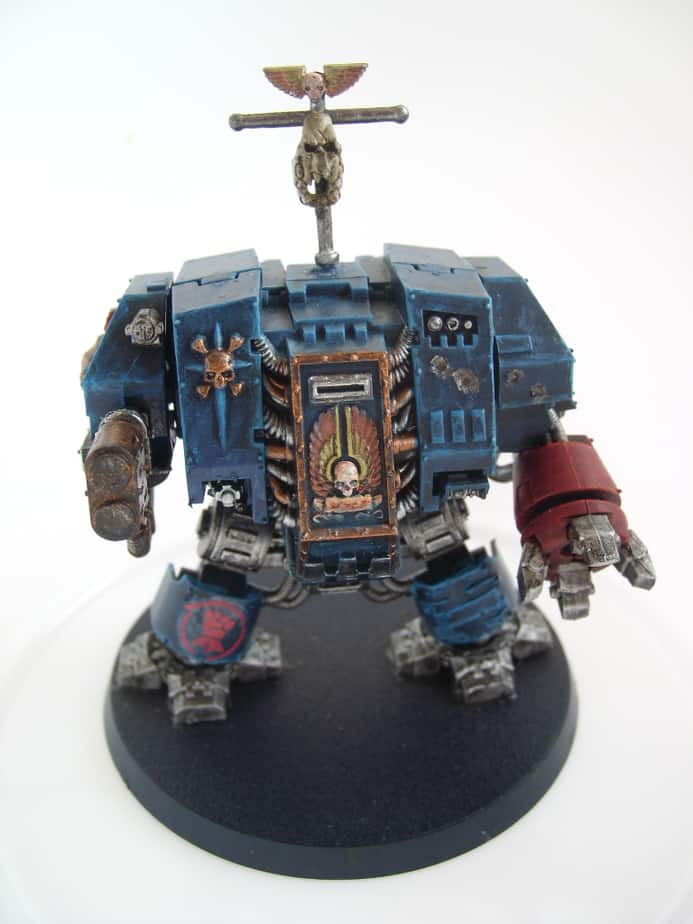 This is Brother Brutus, my Crimson Fist venerable dreadnought.  Well, the model comes from the AoBR set, but I always pay for venerable status.

This has made him nigh-invulnerable in the past (though in a recent game he did get immobilized and eventually killed all while still standing on the drop pod exit ramp).

But you have to take a helluvalot of abuse to get Venerable status anyway, and he has.  Or at least he did in 5th edition.  Haven’t played him much in 6th — one game I think, and he died before he could even fire a shot.  That’s vehicles in 6th I guess.  Many was the Tau missile that use to slam into his adamantium carcass with little-to-no effect.

Not so any more.  In 5th I would generally launch him halfway across the field in a drop pod, placing him in a good position to either discourage the enemy, absorb damage for my oncoming marines, or make an immediate and devastating attack — or all three! 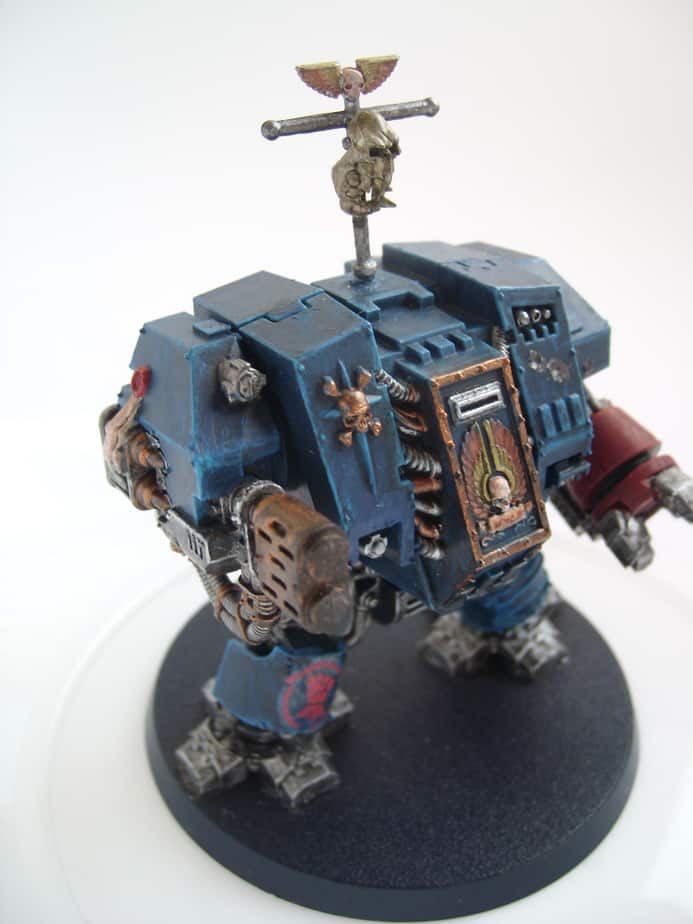 To spruce him up a bit I added an empty banner post and afixed an Ork skull (also, i think, from the AoBR sprues).  This goes along with the CF fluff, them having nearly been wiped out by an ork WAAGGHH!.  Nearly, but not quite. (One of the things that attracted me to this chapter is their nearly extinct underdog status, along with them being an original iconic chapter, and just having a cool color scheme.)

I also added bullet holes to him and put extra painting effort into the sarcophagus, as well as adding a transfer to one leg and one shoulder.  I don’t really care for the transfers, though, they always come out LOOKING like transfers for me, but…  I don’t have the talent for hand painting that icon on there so… 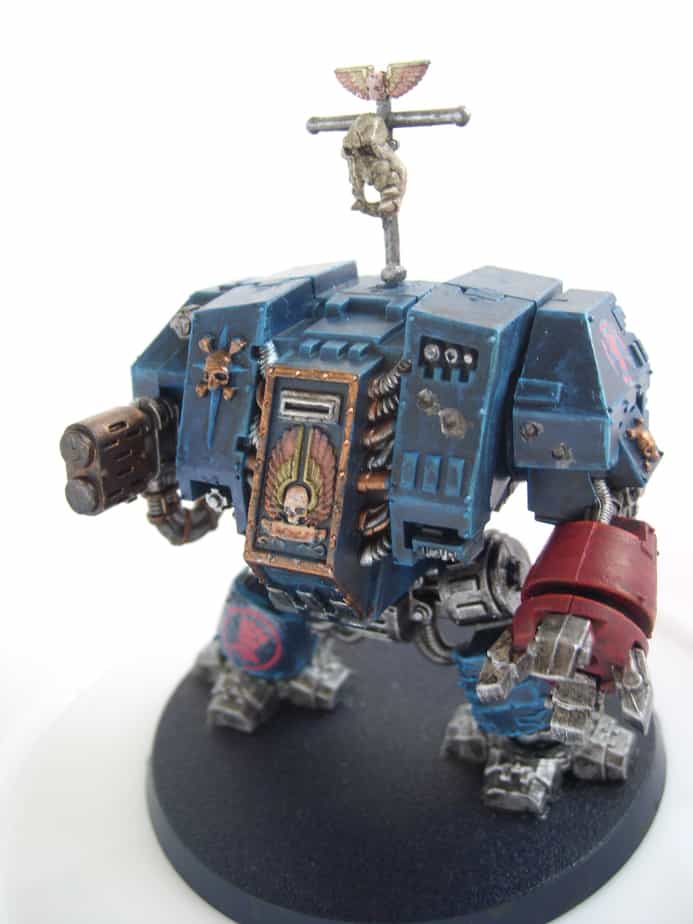 If I want Brutus to be anti-vehicle, I leave him with the multimelta.  If a blast from that into a vehicle hull doesn’t do the trick, he just charges in and tears it apart by hand.  If I want an anti-personnel kinda dread, I pay for an assault cannon or plasmacannon (didn’t magnetize him, just hope I play with someone who can suspend disbelief enough to imagine the little plastic robot has a weapon other than what you see — usually not a problem, this is a game for the imaginative type).

And I always trade out the pee-shooter stormbolter for a heavy flamer — that makes him antipersonnel 24/7.  Helps when a mob of little pests is going to try to tie you down or get in your way.

What has been YOUR experience with dreadnoughts, particularly in 6th edition??? 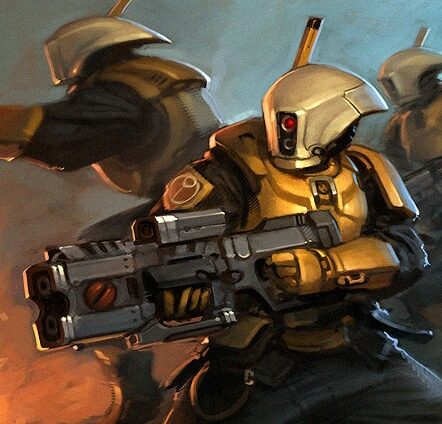 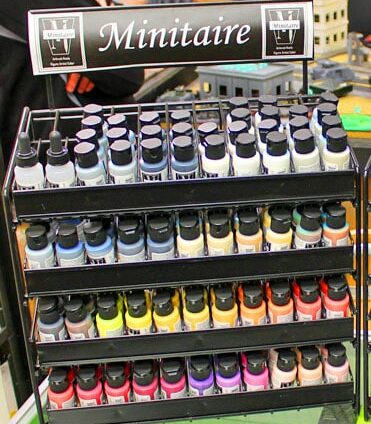 NEXT ARTICLE
Skill in a Bottle? Try Minitaire Airbrush Paints »
If you buy something from a link on our site, we may earn a commision. See our ethics statement.

About the Author: J. D. Brink