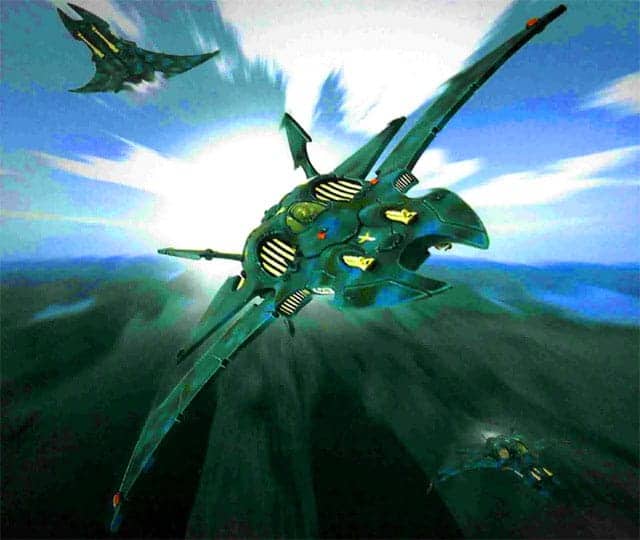 Well it looks like all signs are pointing to an Eldar release the first week of June, with advanced orders going live in just two short weeks.

I’m really optimistic about the Eldar- redux as they really seem to need an update badly.  Heck they can’t even seen in the dark yet even (kinda a big deal in Sixth Edition).

Judging from the New Farseer model that was leaked a month ago, and the new jetbike designs that were spoiled during the Dark Eldar release, I think we’re in for a real treat miniature wise.

If the rumored “Wraith Knight” and new flyer are a reality as well, I think it opens up the Eldar to being an overall stronger force, assuming their core stays relatively unchanged.

I’ve also heard from a few of my good sources that we may see a Imperial Armour Second Edition: Taros Campaign (Book 3, on the Damocles Gulf Crusade Tau V. Marnies) here shortly as well!

Now the real question is; has Games Workshop made enough Eldar models to actually fill demand, or are they going to heap another botched released on top of their yearly “price adjustment”.

I’m sure store owners, as well as online retailers across the world are tired of answering the months old question of “When are you getting more Tau in…”

The answer according to GW’s site is still a resounding “Availability: This product is expected to despatch in four to five weeks.”

So let’s look the the future and pray for a good release for everyone, GW included! -MBG

Rumors Courtesy of Apocalypse 40k
From Reddit:
(why the hell people use Reddit when there are such great forums like BoLS and Dakka, is beyond me).

I work at a hobby shop and yesterday I was submitting my Games Workshop order. To my surprise my GW rep asked me if I wanted one of the collectors edition codex’s ( he knows i’m a huge Eldar fan). I submitted my order for the entire new line of Eldar mini’s. Some notable orders were a Wraithguard box set, a new Eldar Avatar box, Jetbikes 3 pack, and the new flier. He couldn’t give me names but I can confirm that on May 24th the pre-order for Eldar will be released and they will be released the first week of June.
From BoLS:

Stats for the Eldar “Knight” main gun:
“Pulsar Lance” Primary fire mode:
36″ S:8 AP2 Heavy 2, Lance
Overcharge mode (weapon may not fire next turn)
48″ S:10 AP1 Heavy 1, Blast, Lance
Then we have some pure speculation by TastyTaste at Blood of Kittens, but worth a mention.

Universal Fleet including the Avatar. The Wraith stuff though won’t have fleet.
Old independent character special rules moved to Warlord Traits
Jet Bikes moved back to Fast Attack (IC to unlock to troops)
Eldar Psychic Powers nerfed: some powers disappearing, random table, focus on witchfire
Warlocks can only use Eldar specific psychic powers
Runes of Warding Nerfed: No longer board wide
Farseer 2 wounds
Eldrad Mastery Level 4, Staff of Ulthamar similar to Ahirman staff
Almost all Phoenix Lords lose Eternal Warrior have cost reductions
Exarch’s must be included in all Aspects units. (Sergeant Character)
Don’t expect many changes with the Aspect warriors just cleaning up old rules and such
Dark Reapers, Swooping Hawks, and Banshees see the biggest cost drops and anti-flyer additions
Guardians 7 points a piece
Vehicles will have either no cost reduction of very minor reduction (5pts) with Vypers benefiting the most
Vehicles come stock with shuriken cannons vehicle savings come with cheaper weapon upgrades and wargear
Eldar Flyers first to get Vector Dancer (minus Forge World of course)
Don’t be surprised to see Giant Wraithlord with T8 and Will not DieThe Eldar codex in essences won’t reinvent the wheel this is update to bring them in line with 6th edition units costs and such and with Phil Kelly supposedly once again at the helm expect the changes to be more like Chaos Space Marine codex and less like the Chaos Daemons codex.

Don’t expect to see any new Aspect molds with maybe Swooping Hawks getting an update.

There you go. The Eldar are coming. Hide the women and children…

Common fighter/bomber features:
– Downward angling of the primary wings (about 30º I’d estimate)
– Canards are very slightly angled down, but near horizontal
– Engines are mounted in pods in the wings
– One weapon mounted centreline under the hull, and one in a pod in each wing
Hemlock:
– Has a single vertical stabiliser mounted on the centreline of the aircraft
Nightshade:
– Twin “vertical” stabilisers (they’re actually about 30º from horizontal), one mounted on each engine pod.

First off Blood of Kittens chimes in. Here are just a few tasty nuggets:
-Universal Fleet including the Avatar. The Wraith stuff though won’t have fleet.

Then voices in the wind dropped this off on our doorstep: 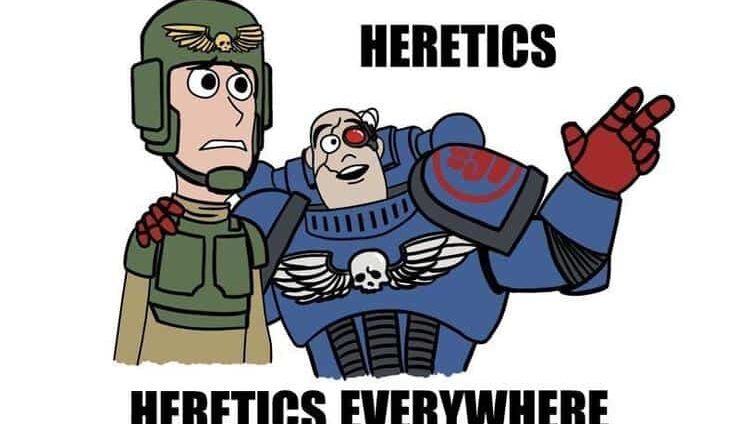 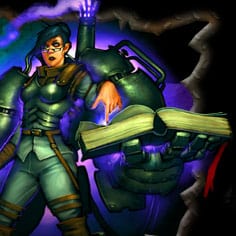 NEXT ARTICLE
Indy Games Writers – We Want You! »
If you buy something from a link on our site, we may earn a commision. See our ethics statement.