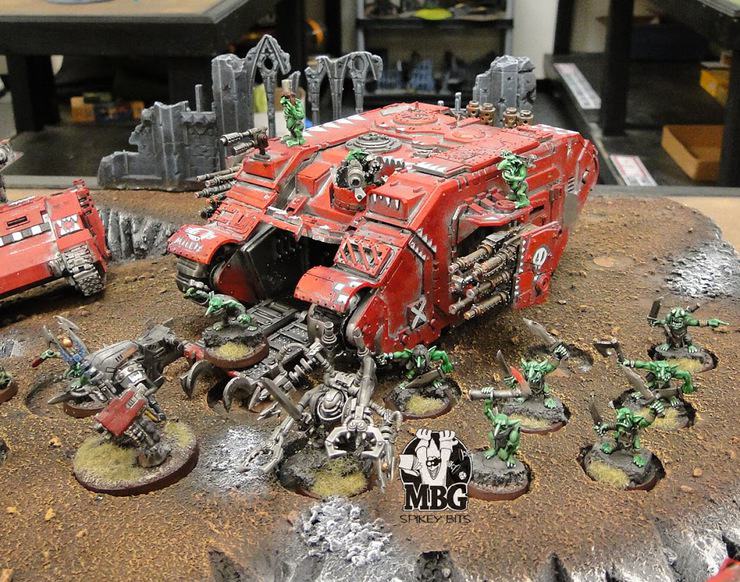 Welcome to Armies on Parade; Army Showcase where I display (in hopefully good detail) the best of the all great looking armies I’ve featured from major tournaments all across the United States.

If you click on the Army Showcase label you’ll be able to scroll through some great looking armies, all at once.
It’s like you were at a major event yourself, all from the comfort of your home or smart phone!  -Enjoy MBG 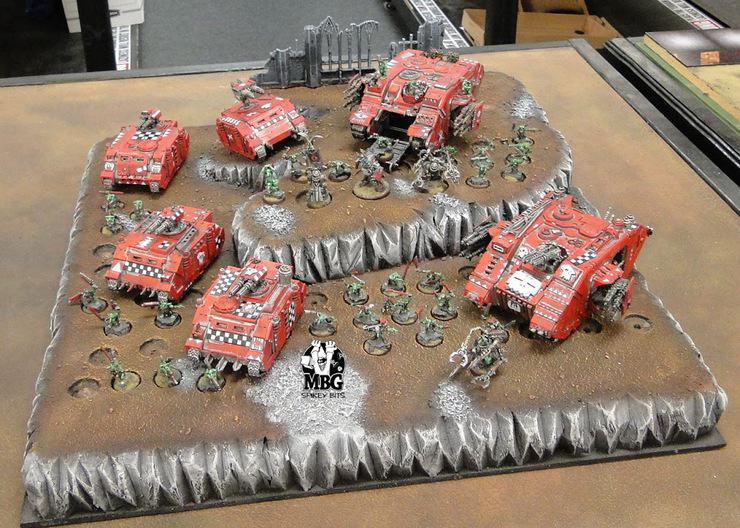 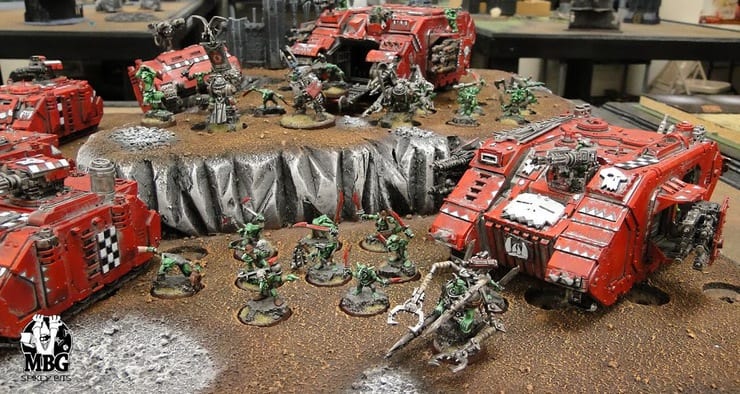 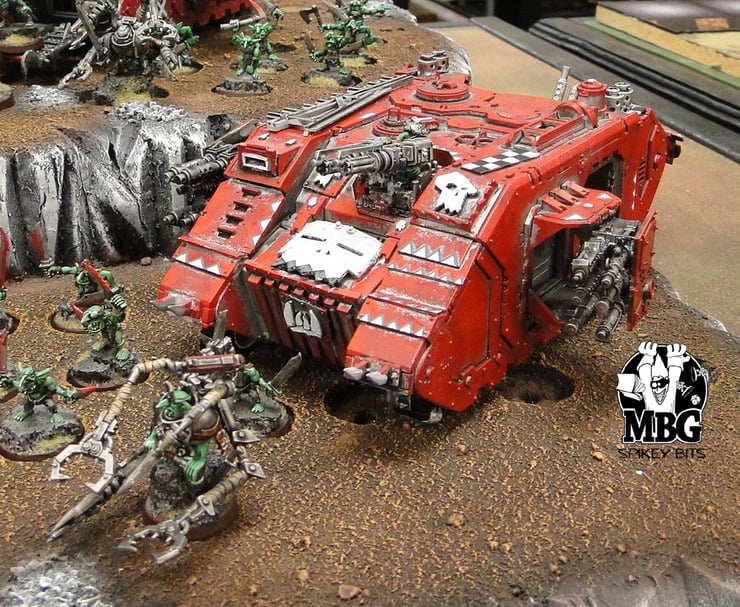 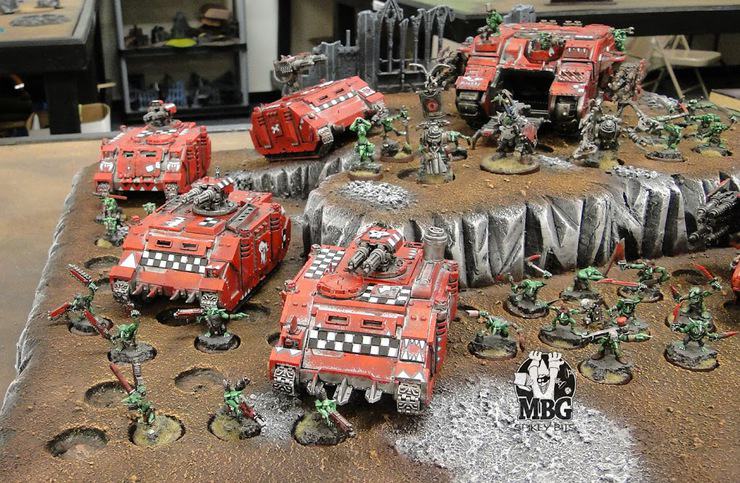 As you can see the whole army has the Orky look and fee to it just like my Looted Imperial Guard. The Deff Kult Assassins are grots modeled with 2 power weapons, and mounted on cork bases to make them as tall as a normal model.

The vehicles are all “looted” and even the Independant Characters are “Orky”.

If you play this list you’ll want to put the assassins in the Land Raiders and wait till the last possible second to attack. When you do assault the combination of Psycotrope, Rad Grenades, and Hammerhands has the potential to wreck most squads, even pesky “death star” squads. 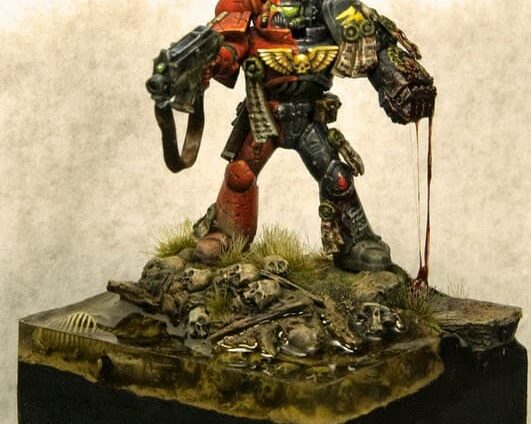 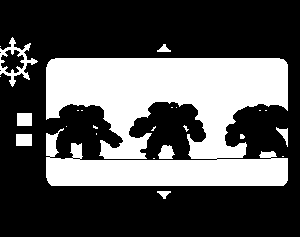 NEXT ARTICLE
Centurions & The Battle For Hoth??! »
If you buy something from a link on our site, we may earn a commision. See our ethics statement.