I don’t really have time this week to do a big review of Feast of Blades myself, but I happened to find a perfectly great article by Spikey Bits friend Alan “pajama pants” Bajramovic for you instead to checkout!

Alan is a great tournament player, is a member of the ETC team and was featured on Episode 29 of the Forge the Narrative Podcast as well.

He’s most known by me for wearing “pajama pants” at these events, and for reciting the Spikey Bits YouTube channel intro better than me.

Oh and make sure if you go to the event next year to get your share of hugs from Chandler. They’re free and he likes it. -MBG

Courtesy of the Chicago Kamikazes

I will start off by saying I am not the best writer so I will be as descriptive as possible but straight to the point at the same time.

Feast of Blades is a class A run tournament and the staff (except for the video game guy) are awesome. I think they have a good event growing and they have a lot of room to make it even better.

1) I don’t feel that an invitational and an Open event are really both needed. I feel as though 90% of the invitational group is the same in terms of skill level to the Open Group.

2) I don’t like straight book missions. Scouring sucks when the game is obviously not fair from the start. I understand the argument that you should build a great army that could take the opponents deployment zone and be mobile if needed but it’s not that simple. The defender or person with more points on their side has a massive defensive advantage with the ability to ensure he is out of threat range and the other player really has to take the risk.  Also emperors will sucks balls.

3) For a lack of a better word idiotic rules in FAQ –
a. Hills being 5+ but not Area Terrain? Not impacting assault or movement only providing cover which does not benefit +2 from going to ground.
b. Monstrous creatures can only over watch with one weapon.

4) Chandler did not give me enough hugs.

So I screwed up the whole event and played with 5 wounded WraithKnights. Little did I know they have 6 wounds which Nick Rose pointed out after game 7. Thanks Nick! And it was on my army list. 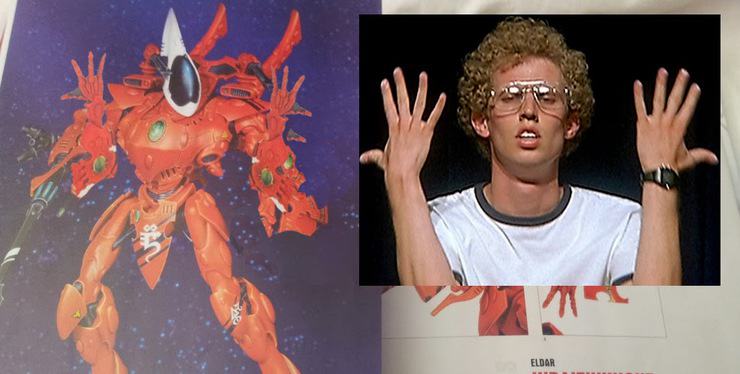 I got seized on and deployed aggressively against serpent army. He shot everything at the Wraithguard causing a total of 14 wounds with his entire army. I lost 6 Wraith Guard and 4 spirit seers. The game was uphill from there but the Knights all lived till the end of the game getting me a lump of kill points. Eldrad failed a look out sir from a shot from the Avatar and then fails his re-rollable invulnerable save.

I deployed semi defensive since I was playing Dark Eldar and worried about another seize. Well it was a good thing that I worried because I got seized on again. Long story short for this game the wraithgaurd had a 2+ save and invisibility from a spiritseer plus fortune from Eldrad. They killed everything. I had no business winning this game but the wraithguard made it possible.

Game 3 – Crusade – Nothing Crazy to report Tyranid game. (I Won)

I got first turn and redeployed with Eldrad to be super offensive so I could kill the centurions right away with the wraith guard who had two quickens spells. I got seized on and the centurions blew up my wraithguard to almost death. I had to retreat them my turn one behind LOS blocking terrain by my objective. I ended up making it a close game with the wraith knights just getting into combat with the centurions and his captain on a bike.

On turn 5 bottom he contested my objective with 5 marines and had a single scout squad holding his objective. I had Eldrad 4 wraithguard and 2 spirtiseers 3 inches from his unit of 5 guys contesting my objective and I had a Wraithknight 8 inches from his scouts. If the game went to six he would have been almost tabled but for sure I would have won.

Only game I was not seize on was against Adam since he decided not to even try.

Turn one Adam passed 3 (4+) instant death wounds on his riptide from wraithknights. His shooting was minimally effective first few turns. I push up the board.

Turn 3 my shooting from wraithguard hit his 3+ invo Riptide and he takes 3 wounds from 14 saves which 2 where instant death some where from wraith knights as well and somewhere from spirit pistols.

The riptide on his bottom of 3 assaults my wraithguard and holds them for a turn. He kills all my other scoring units as well. So once my wraith guard finish the riptide I need to go for troops.

My Wraithknight kills kroot roadblock unit. Spiritseers detach and go kill other koot unit in the back. Wraith guard and Eldrad shoot Cotrez and Friends. Mind war goes off and it’s on Cotez but Adam beats me on the roll.

If the game ends turn 5 Adam wins 3 to 2 but it goes on. I end up contesting Adams objective and he makes a last ditch attempt to pull me off with his tau commander. I have 5 wraith guard and prescience so I am cool with it. I get no hits so it’s over now. Or is it….. Eldrad causes one wound tau commander rolls a 1 for his save and Eldrad rolls that pschic test boom goes the commander. That was a bit lucky but not getting one 6 out of 10 dice is also lucky for Adam.

I win (2 – 0) Best game and all that I hope for in traveling to a tournament.

Game 6 (Eldar / Dark Eldar) / 7 (Eldar) Got Seized on in both but still won them nothing crazy to report.

So in conclusion I got seized on 6/7 games and played with 5 wounded wraithknights the entire tournament. I won my final bracket and had a great time seeing everyone. I liked the army list but felt like it was very Hot/Cold because I only got fortune in 2 games and I only got the 2+ in 4 games. The one game I had I had 5 Renew spells was a little stupid.

I recommend Feast and I will be attending next year as well. 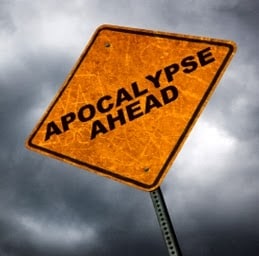 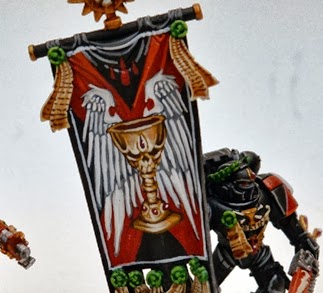 NEXT ARTICLE
Stand & Deliver Blood Angels Banners- Army of One »
If you buy something from a link on our site, we may earn a commision. See our ethics statement.