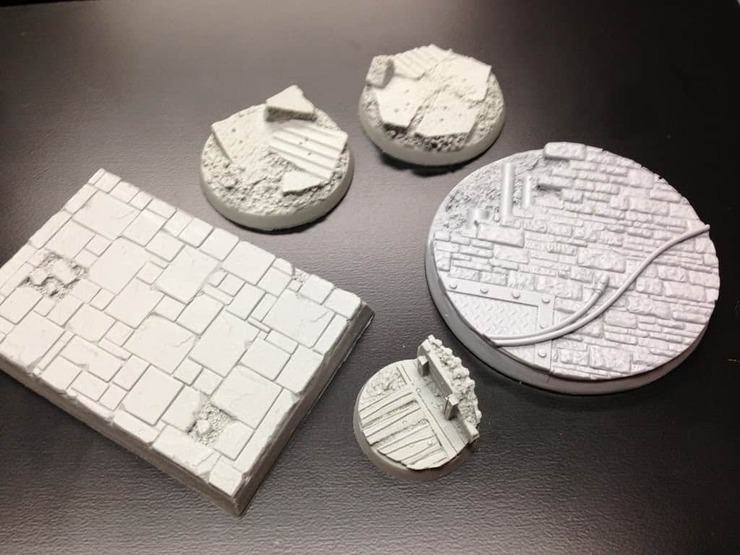 Hey all! I have been meaning to post this for a while.  Those in the know have noticed a long time ago that 75% of the thousands of models I have painted have been on bases from Jeff at Dragon Forge.
I thought it was about time I sat down and wrote a proper article on why I like his bases so much.  So let’s get to it!
Disclaimer:  Yes I know Jeff personally, and would call him a friend.  However he doesn’t know I am doing this, and I do not expect anything from it.

There are a lot of companies out there and a lot of them produce great bases, but since Jeff is another single worker bee going at it in his garage solo like me, I try and give him as much business as possible.  It isn’t just that though.
If his bases aren’t the highest quality casting out there, then it’s hard to argue any less than tied for top spot.  So let’s get into the “why.”

Here is an image of five random, right out of the package bases.  Clockwise from the Fantasy base, we have a 50x75mm Temple base, two 40mm Urban Rubble bases, a 60mm Goth-Tech base, and finally a 25mm Trench base from a set of ten.

Each is for the most part flash free.  I have never, in the thousands of bases I have ordered from Jeff, ever had to clip, cut, shave or sand anything on his bases.  The most I ever need to do is occasionally run my finger along the bottom to remove some hair thin flash.  So other than washing with detergent, these are generally ready to go right out of the bag. 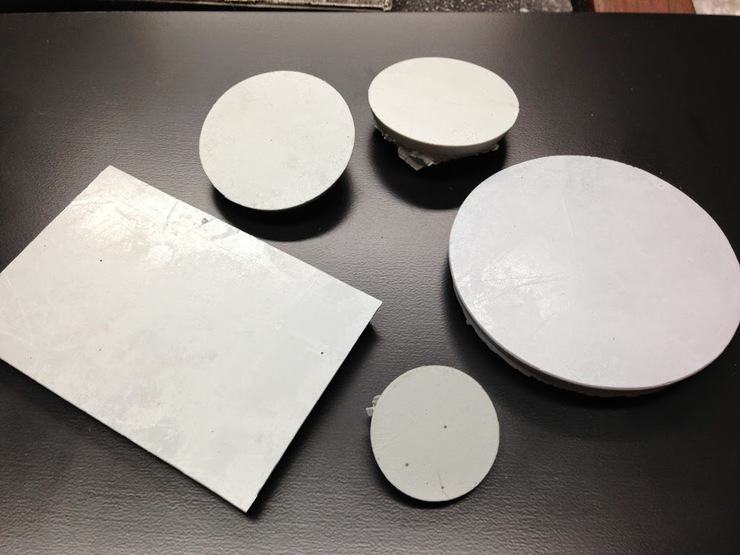 Turning them over, we see in my opinion the second most impressive thing about the bases – the edges are super sharp to the point someone who doesn’t understand the process like myself would assume they are CAD designed.

You can scrape your cast iron pans with these things if you wanted, although I do not recommend 🙂 You will also notice a beautiful lack of large air bubbles, sprue and sanding marks. 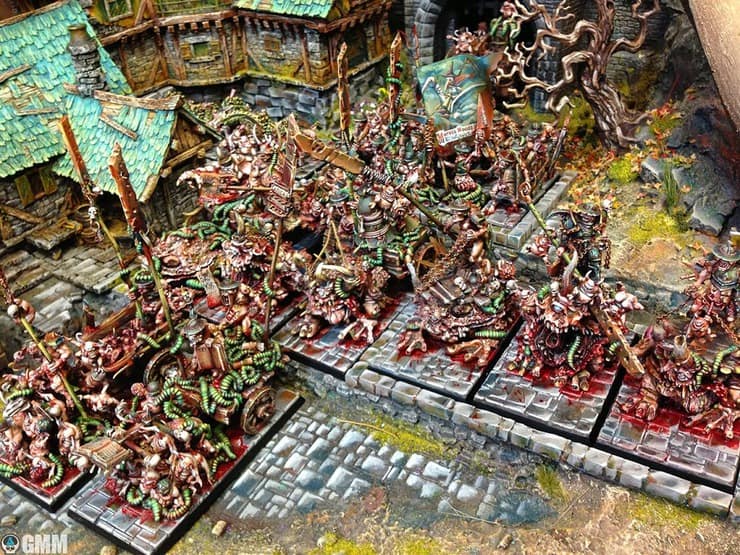 Square Fantasy Temple bases.  The crispness of the detail allows for a lot of freehand and traditional painting styles.  Sometimes you just want to do more than the sand and drybrush look.
Good resin bases make such a difference that for most bases and basic schemes, I do not charge anything extra to assemble or paint them. 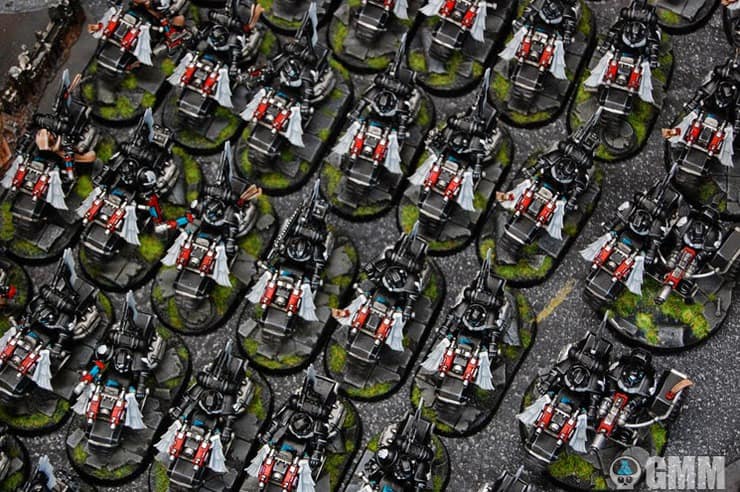 These Dark Angel bikes are on the larger style bike bases.  They add a good bit of weight, and to me are a lot more visually balanced for a bike than the skinny GW version (although he sells those too!) 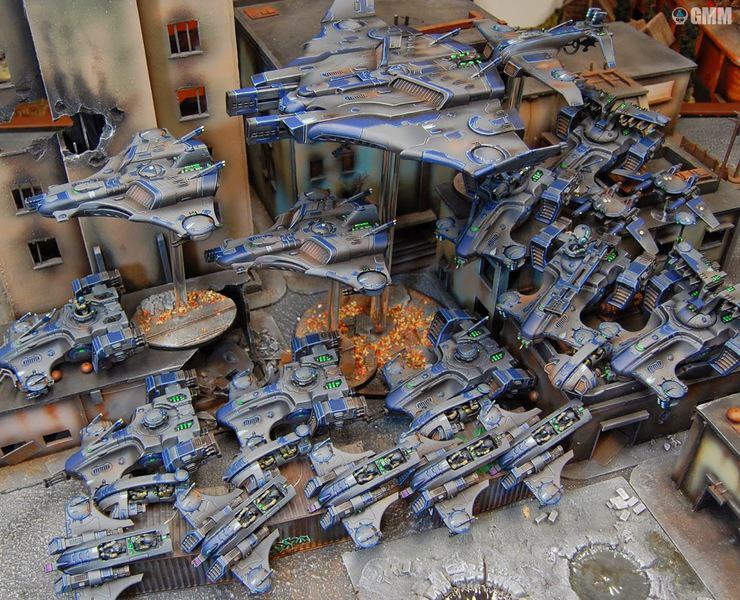 Jeff makes all sorts of acrylic flying stands as well, and will drill a hole in any size base upon request to go with the flying stand you order.  Anything from a thin, short stand for a grav Rhino, which he is working on for me right now, up to the biggest Forge World fliers. 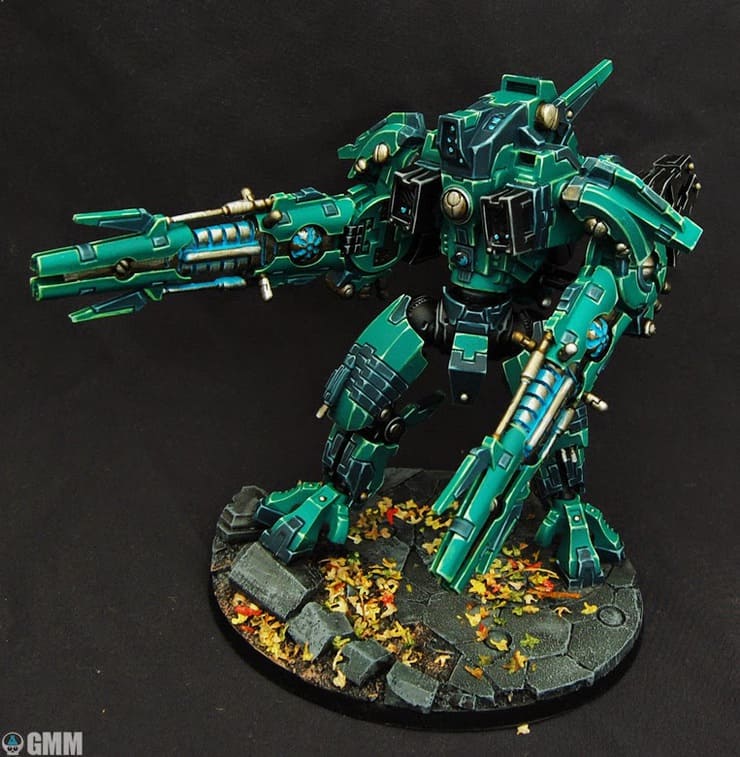 Games Workshop and other companies are in what seems to be a big hurry to release a larger variety of base sizes.
For a one man show Jeff is often quick to add to existing ranges with these new sizes.  Also consider in the above Riptide base the amount of time and cost of materials it would take to do this yourself by hand. It costs $10 currently from Dragon Forge. 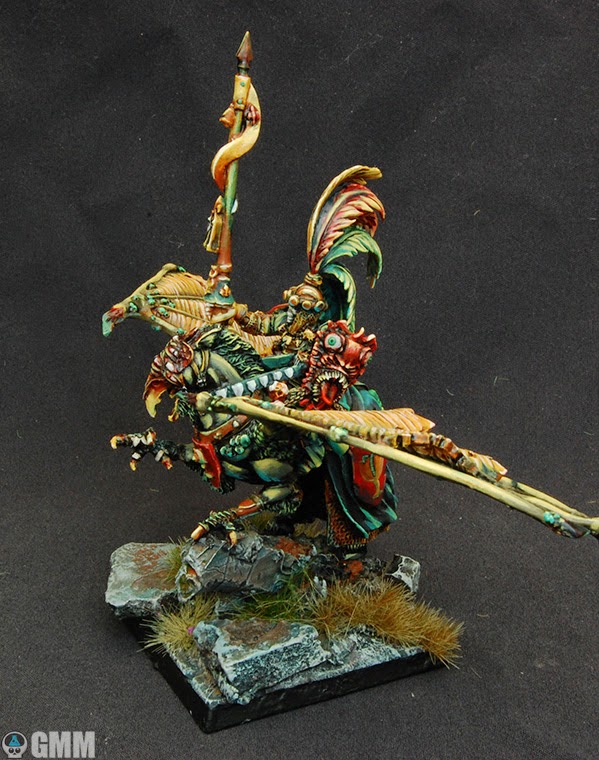 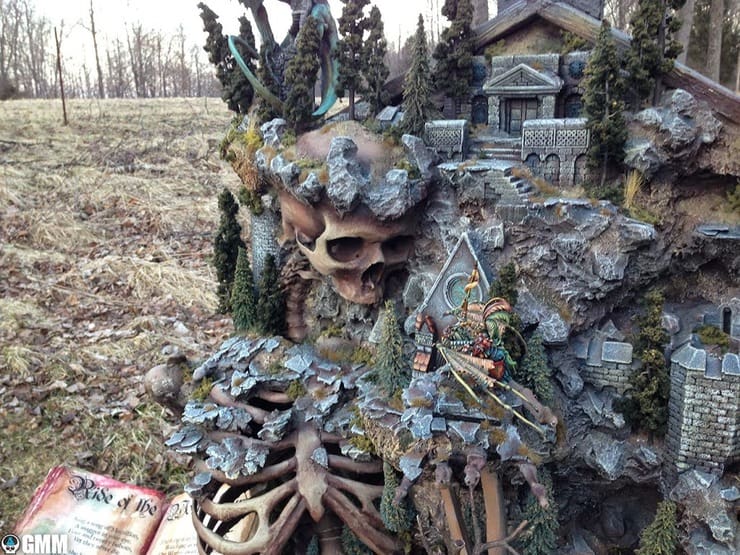 This model was an unusual situation that showcases the nice weight and durability of the bases.  I needed a base to magnetize but do a custom sculpt over.  I simply took a sculpted Fantasy 50mm base in the Temple theme and sculpted over top of it.  I drilled out the hole for the magnet underneath and the edges are much sharper than a plastic base, and it sits perfectly flush.  I even used the base itself and a bit of water to slightly press into the display and make the slight boundary of where it now sits.

So if you had not heard of Dragon Forge, hopefully you give his bases a look.  Be sure to follow his facebook, blog, or website to keep up with his releases.

Some are now limited release, so it pays to keep an eye peeled! 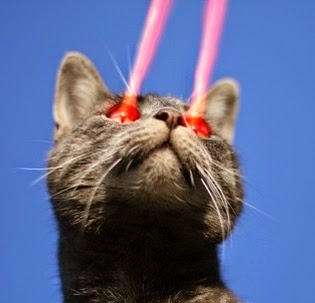 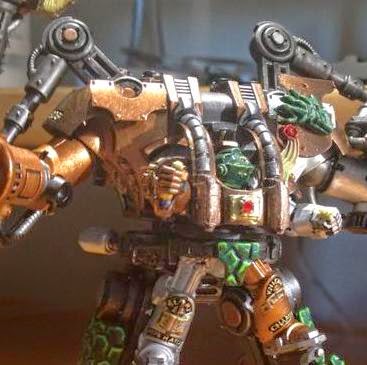 NEXT ARTICLE
Salamanders Dreadknight! – Conversion Corner »
If you buy something from a link on our site, we may earn a commision. See our ethics statement.

About the Author: GMM Studios