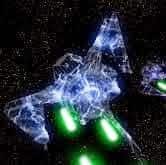 Wait? Wave 4? What does that not make the Imperial Aces and Large ship expansions?
I dunno… but now we’re knee deep into the extended universe here. HWK-290, you are no longer alone. 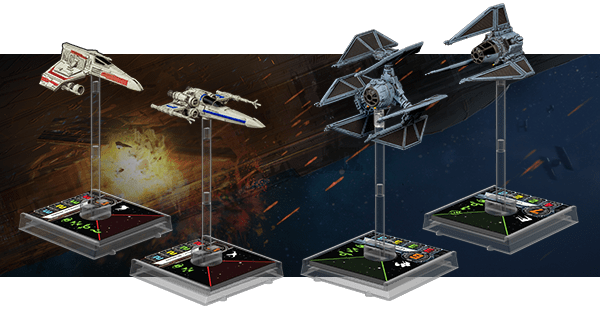 So, lets take a look at these brand new ships.

Starting off we have the Z-95 Headhunter, the ship that lead to the games namesake, the X-wing.

Supposedly faster than the X-wing, the Headhunter doesn’t boast a great stat line, but DAT COST!
12 points for a level 2 Bandit Squadron pilot who can take missiles? Nice. Now the rebels can horde it up with the Imperials, though I doubt they’ll be able to defeat a TIE Swarm.
But still, loving the idea of taking about 5 of these bad boys with Assault Missiles, that should be fun. Looking forward to this ships release. 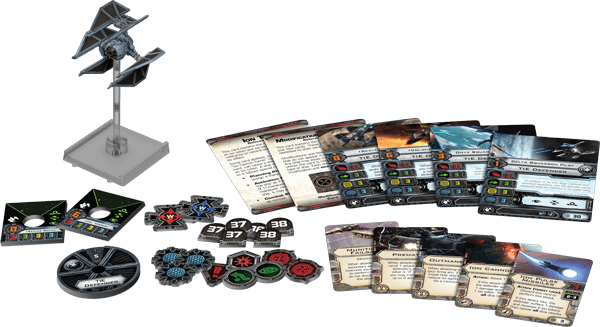 Next we have the TIE Defender and first let me say again, rocking my shutter shades, DAT STAT LINE!

A TIE with 3s down the line, wow. Sadly from the picture it looks like we got some expense for these ships though.

Looks about 30 points for a level 1 pilot, though i could be reading that wrong given the size of the picture and my not so special eyes. But for a stat line that good I can believe they’d be up there point wise.

Even more so the fact you can take Missiles, and a Cannon upgrade. Yeesh. Also the Defender is boasting to have a maneuver we haven’t seen yet on a dial. Hm. Gonna call it now! It’s a sideways move, like a barrel roll, only in the 2 to 3 range. Or a 1 speed K-turn. My money are on those. 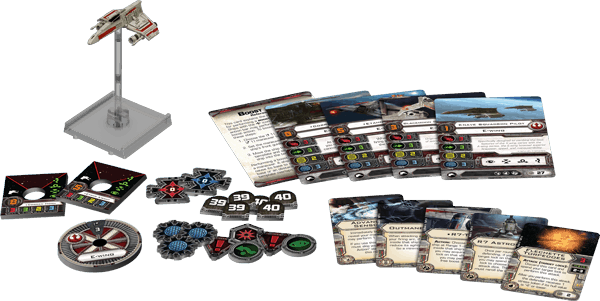 Back to the Rebels for another alphabet ship, the E-wing, the ship to replace the X-wing.

Being just as offensive as the X-wing while as agile as the A-wing, sign me up! Also allows for the use of Systems, Astromech upgrades, and Torpedos?

Is there anything this ship can’t do? Oh, be cheap point wise…yea. 27 points for a level 1 guy, no me gusta. The named pilot shown however, Etahn A’baht is pretty good, letting you switch hits to crits on one poor SOD from every ship firing at it as long as its in his firing arc.

That is pretty good, but 32 points good before any other upgrades, not to sure yet…

To round off the ships we have what I feel will be the most interesting ship of the lot, the TIE Phantom. 2 agility, 2 hull and 2 shields, not the best of things till you look at the attacks. 4 of them!

Definitely the most offensive ship we’ve seen to date. Plus it can bring Co-pilots and a System upgrade. Definitely expecting some Gunners on this guy. But the most intriguing part of this ship is the introduction to a new action, Cloaking.

Nothing yet on what it does but I can venture a guess and say it might function a bit like the Attack Wing version, granting more agility at the cost of shields for a bit. Can’t wait for this ship to come out.

Let’s finish this all up with a look at the two goodies that popped up with these new ships in the previews.

Starting with the Ion Pulse Missiles I can honestly go ‘eh’. These do not look good to me at all.

Sure, you get to put 2 Ion tokens on some poor ship for two rounds of stun or 1 if its a larger ship. But it’s a 1 time use, and still functions as an Ion, only dealing 1 damage. I

’d rather just thrown on a turret or something and take a Y-wing. Seems more reliable, however we’ll see though.

Now on the other hand the new Astromech R7-T1, I’m liking him a lot. Letting you pretty much take 2 actions for free if you’re in a enemy firing arc? Nice.

The fact it gives you a free target lock and then lets you boost is great, and best, it doesn’t say anything about your ship needing the actual abilities on their bars.

So say, a Y-Wing or a X-Wing boosting for free? Sounds like fun. His only down side i can see is the fact you can only take one of him.

All in all this new wave is shaping up to be great and I can’t wait for its release.

Thank you for reading and have yourself a great day!

Welcome to X-Wing, enjoy your stay.  Checkout our sweet video un-boxings below, and be sure to read our other Star Wars Tactics Articles. 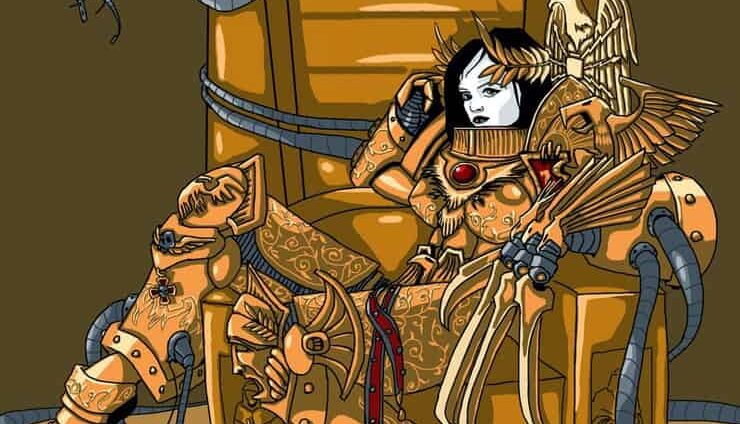 PREV ARTICLE
« 40k What if – The Empress of Mankind 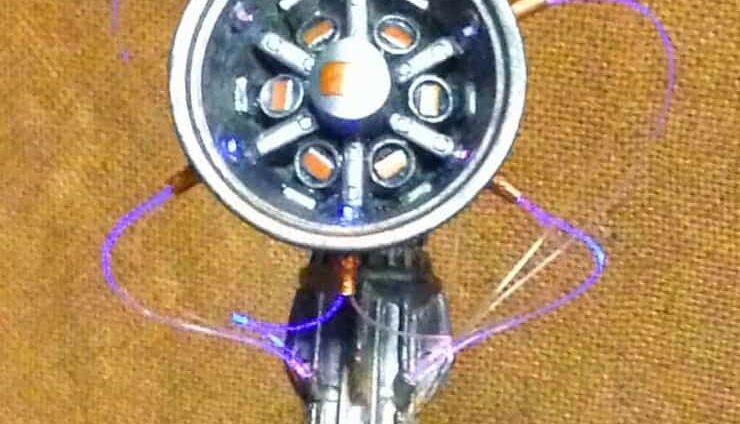 NEXT ARTICLE
LED Powa – Ork Lifta Droppa »
If you buy something from a link on our site, we may earn a commision. See our ethics statement.