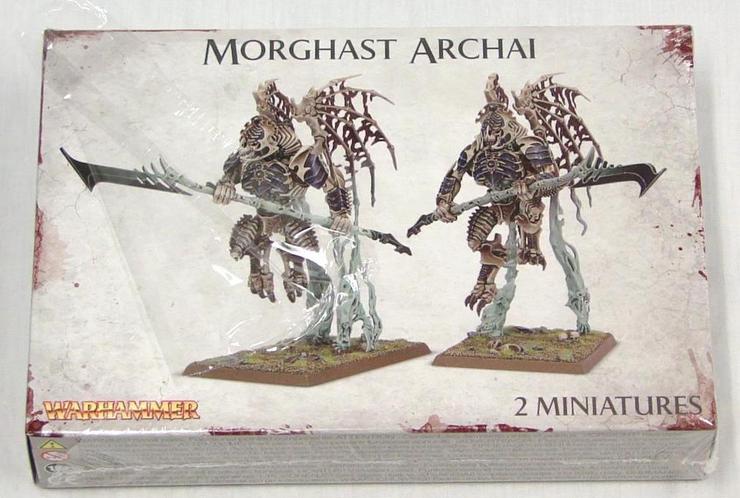 The Armies of the End Times are amassing, and now we have two great new units for using with Nagash! New this week are the Morhghasts and Spirit Host kits.

Most hobbyists seem to really dig the new styling of the Nagash models, and the Morghasts are no different. These new models feature the same great ethereal / armor styling the Mortachs do, but have their own menacing feel altogether.

They can be assembled either as the Harbringers (two LARGE hand weapons), or as Archai with a LARGE halberd and Ebon Wrought armor. Both of course have the Killing Blow special rule in game.

Outside of Fantasy however these models are poised to make great alternate Daemon princes, Necron constructs, or other Chaotic monstrosities like perhaps Skarbrand (tattered wings and all).

The Spirit Hosts are a neat little treat of a kit in that it seems that they were ported over from the design of Nagash and the Morghasts and after a little work, turned into figures in the own right.

This kit features three bases of Spirit Hosts which are modeled coming out of corpses on their base!

I’m sure we’ll see plenty of uses for these guys outside of Fantasy as well in the near future!

Check it all out in my video unboxing below -MBG 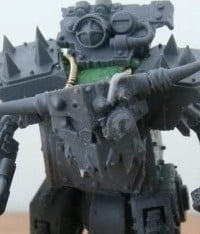 NEXT ARTICLE
Enter the Orkbot – Conversion Corner »
If you buy something from a link on our site, we may earn a commision. See our ethics statement.