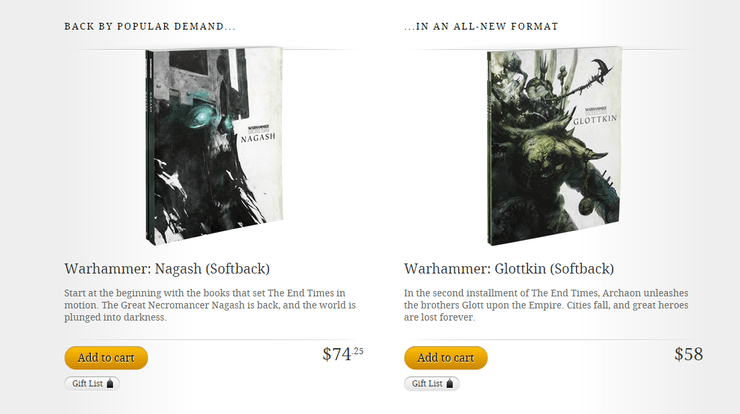 Pictures Courtesy of Forge the Narrative

We actually reported today that Games Workshop would be re-releasing the End Times in soft cover for sure, but I had not idea it would be so soon.

I also can’t tell why one is more expensive that the other, when they are both the same product, just different stories. 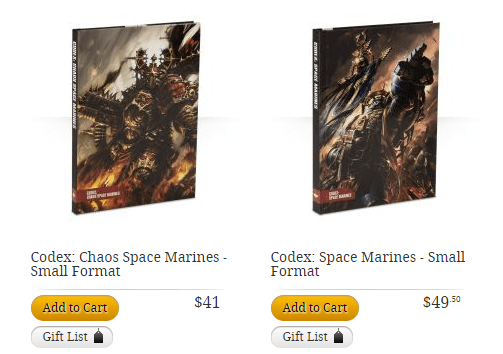 Plus GW also released small format codex books as well, they all seem to be $41 except for the larger Space Marines one.

Who’s getting what? -MBG 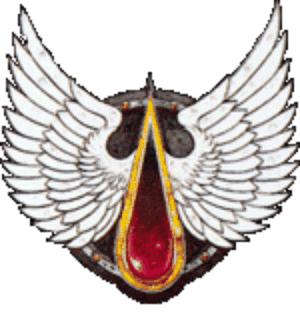 NEXT ARTICLE
BREAKING – Blood Angels Tactial & Codex Pics »
If you buy something from a link on our site, we may earn a commision. See our ethics statement.