Daemons, Druchii, and Heroes are here! Checkout the latest leaks from White Dwarf 43.

Can the Elves unite in time to defend their realms from the forces of Khorne, or will the Daemonic hordes overwhelm their ancient lands?

And who murdered Finubar? Was it Malekith who returned from a magic portal with bloodied hands in End Times Nagash?

Two weeks till we find out! -MBG 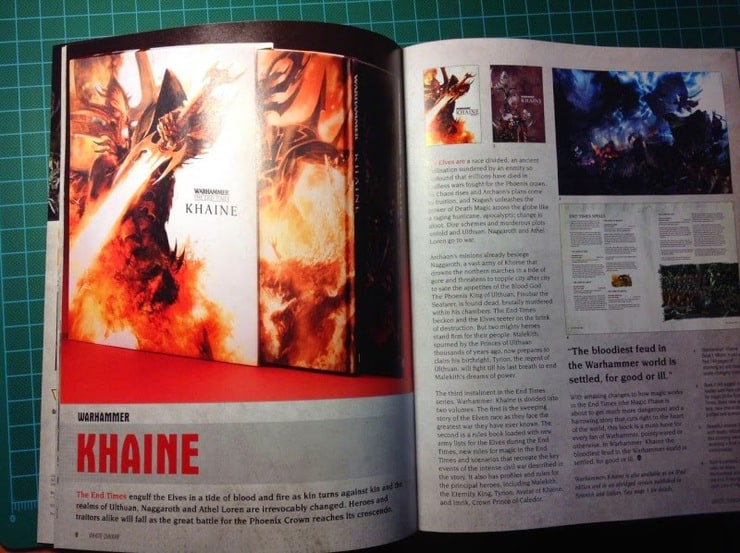 1st image: – Finubar was found dead, brutally murdered, within its premises. – Tyrion is the ruler of Ulthuan. 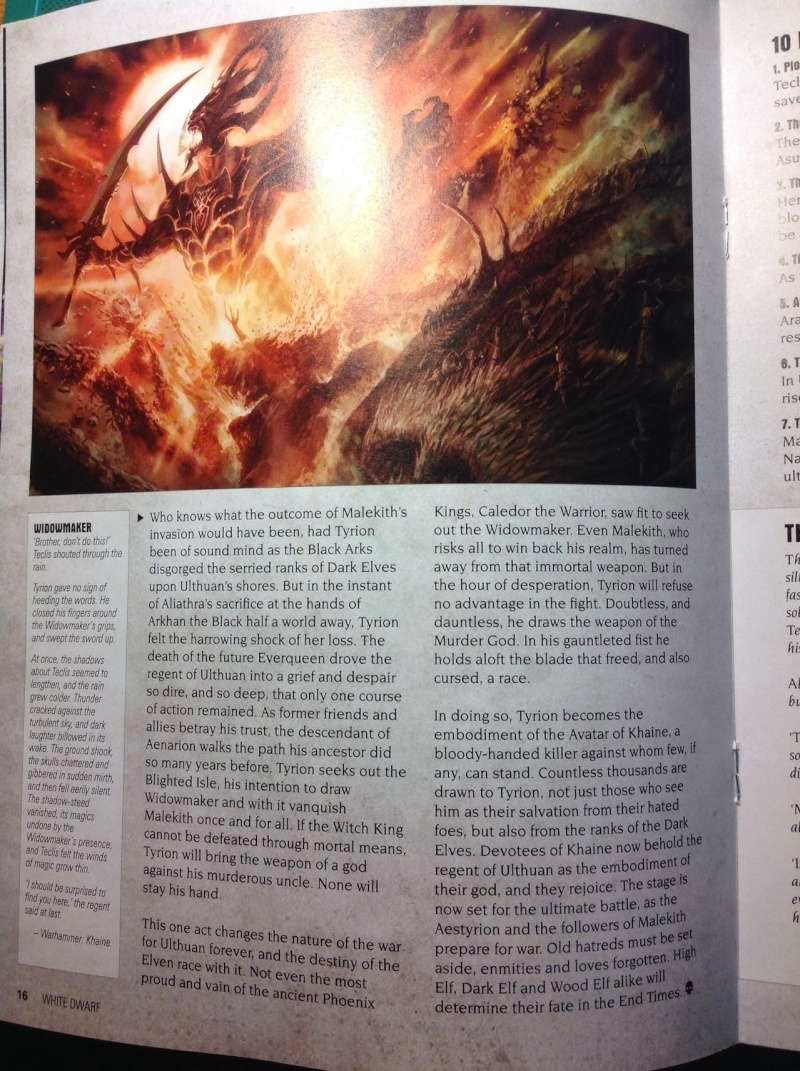 2nd image: – Teclis tries to convince him not to do it, but in the end Tyrion pulls the Sword of Khaine. – Pulling out the sword, Tyrion takes on the appearance of the Avatar of Khaine. – Many are on the side of Tyrion. The Dark Elves who are on his side, they do it because they are extremely devoted to Khaine. 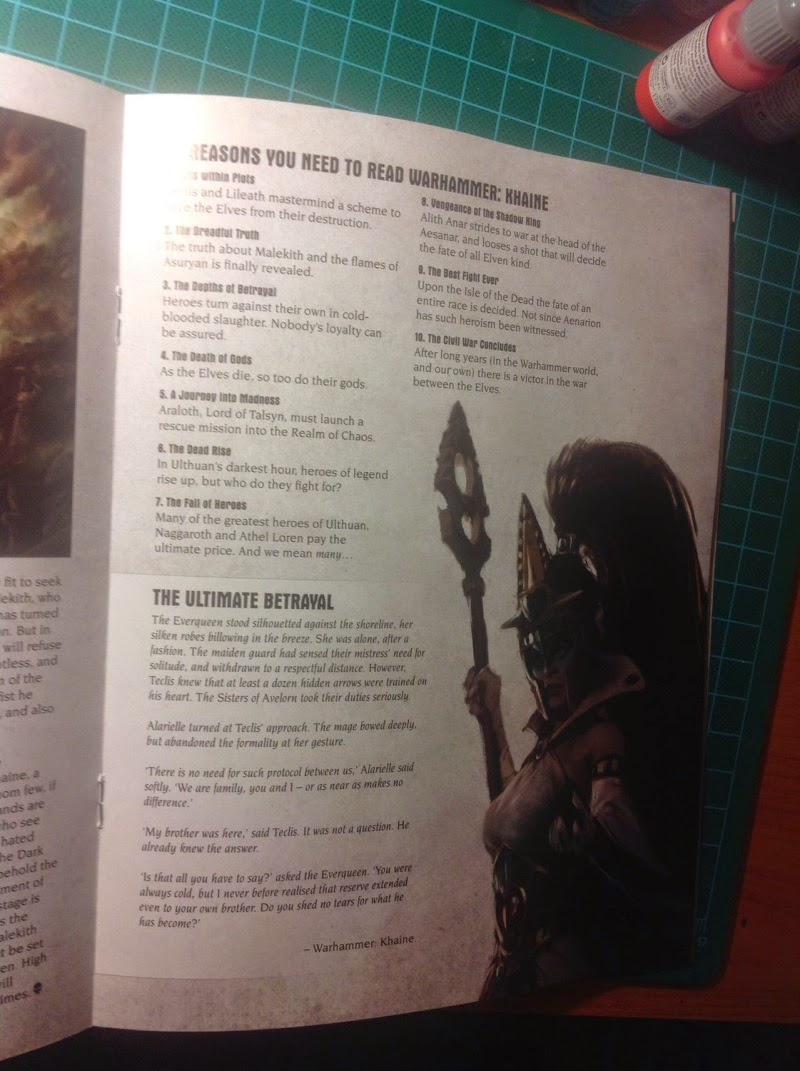 In the third picture lists the reason why we should read Warhammer Khaine: 1. Teclis Lileath and create a plan to save the elves from destruction. 2. It revealed the truth about Malekith and the flames of Asuryan. 3. The heroes turn against their old allies in a cold-blooded massacre. It is not guaranteed the loyalty of anyone. 4. Elves die, but also their gods. 5. Araloth, Lord of Talsyn must launch a rescue mission in the Realm of Chaos. 6. In the darkest hours of the elven race, the heroes arise, but for those who are fighting? 7. Many of the greatest heroes of Ulthuan and Athel Loren Naggaroth pay the final price, but its many … 8. Alith Anar down on the battlefield, commanding the Aesanar and releases a shot that will decide the fate of the elven race .. 9. On the Island of the Dead is decided the fate of an entire race. He had not seen such heroism since the time of Aenarion. 10. After many years (both in the Warhammer world and in ours), there is a winner in the war between the Elves. 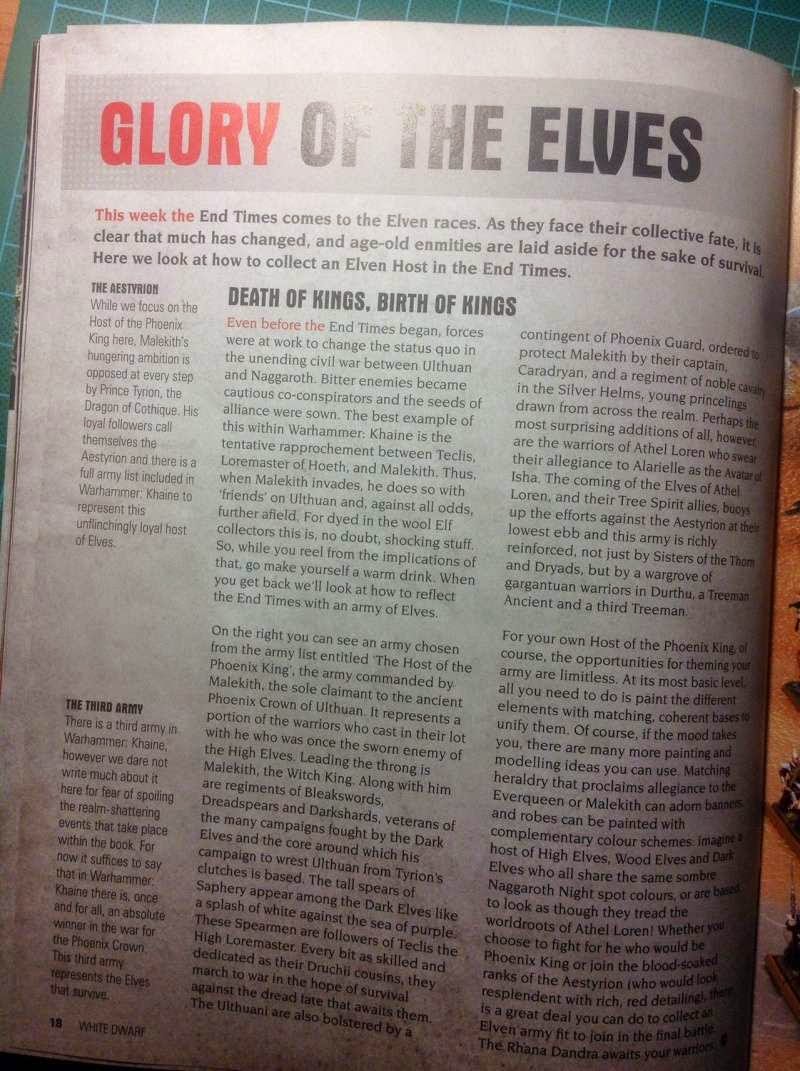 4th picture: – the first of three new army lists is the Host of the Phoenix King, an army led by Malekith. – Caradryan ordered the guards to protect the Phoenix Malekith. – The Wood Elves of Athel Loren following Alarielle, the ‘Avatar Isha. – The second list is the Aestyrion, or the warriors loyal to Tyrion. – The third list is a big spoiler for the story, so they do not reveal the details. They say that there will be only one winner and this list represents survivors. – Although the patterns on the White Dwarf are painted with their original heraldry, recommend to paint your own templates for your own army uniform. 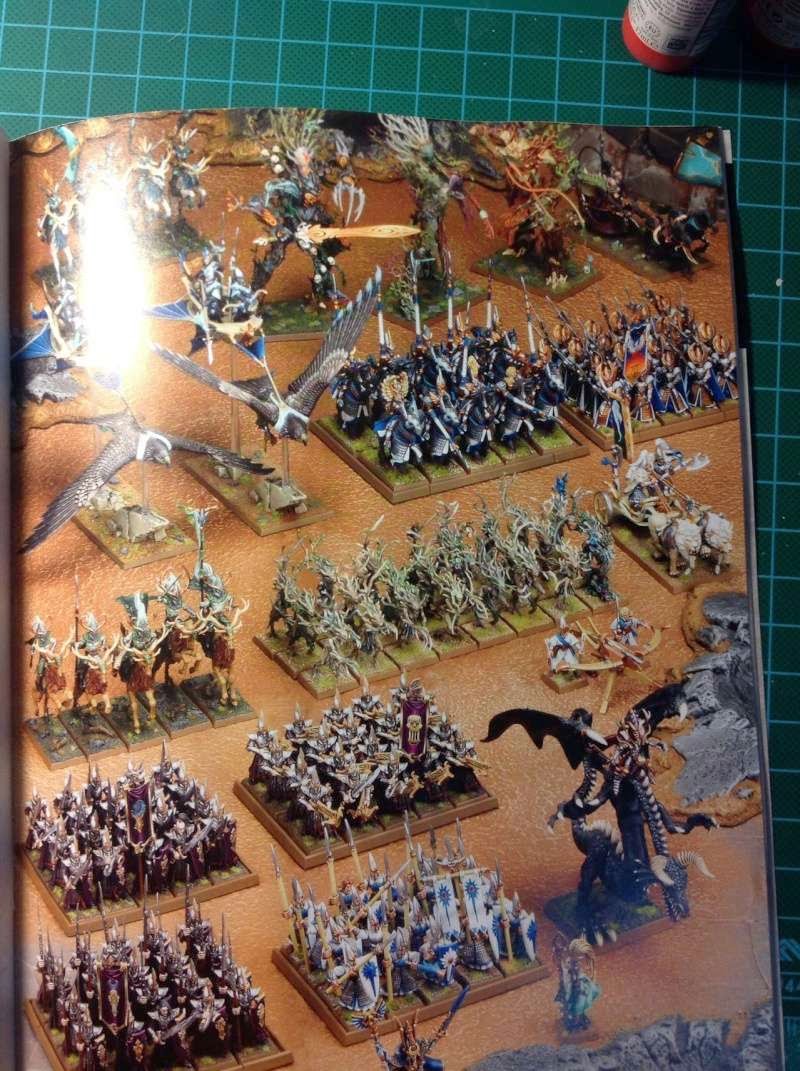 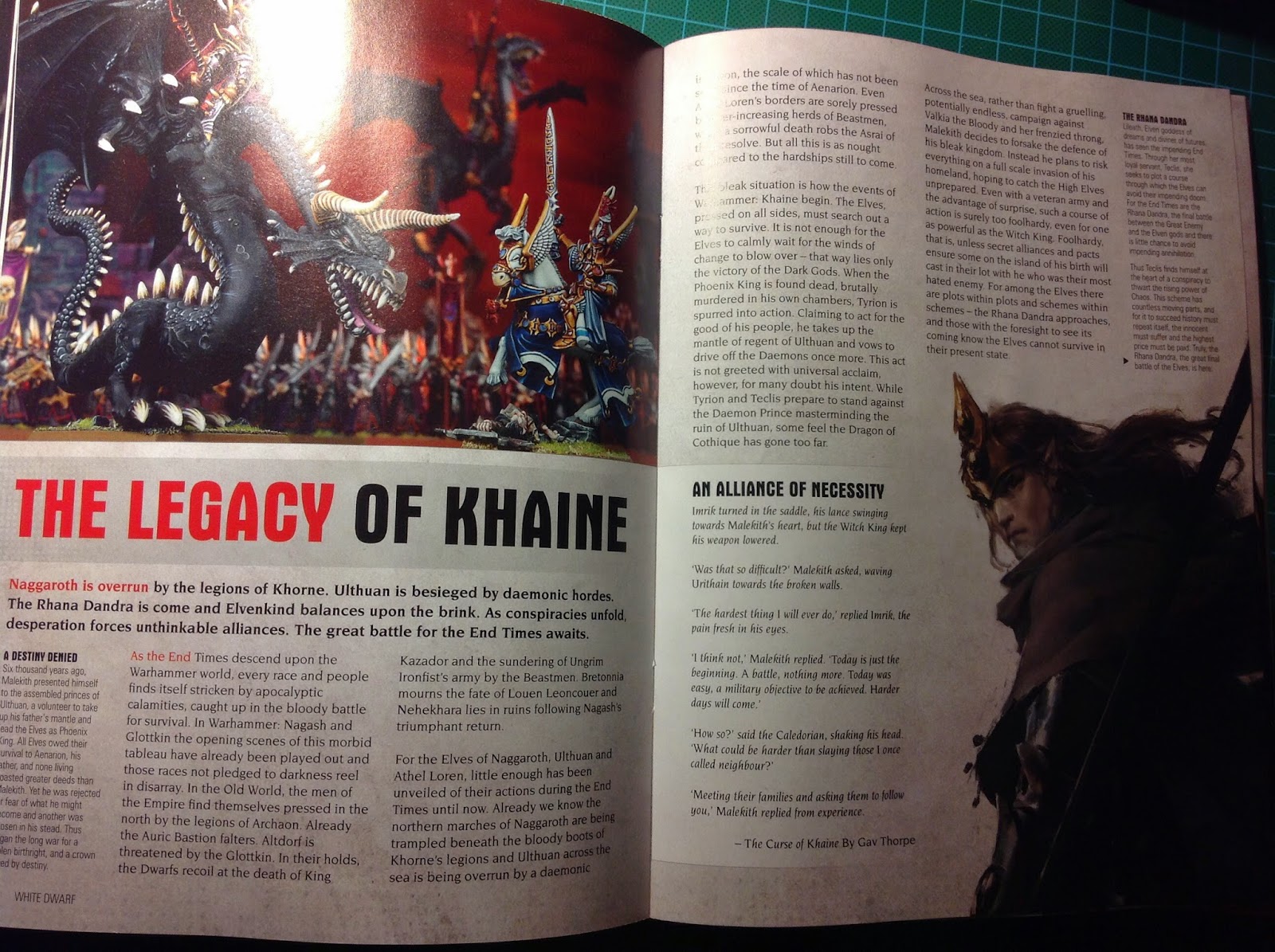 In the last image is not revealed anything that has not already been said in other pages or in earlier books of End Times. Photo posted by Shala on GW Tilea. 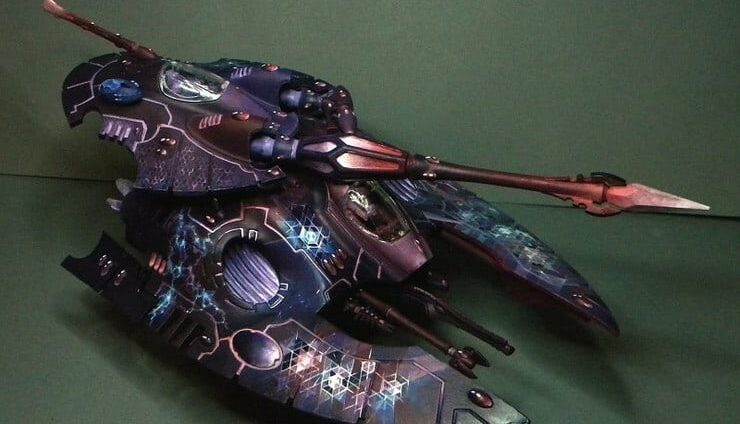 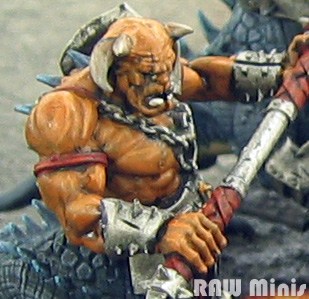 NEXT ARTICLE
Painting Is Only Skin Deep – Dragon Ogres »
If you buy something from a link on our site, we may earn a commision. See our ethics statement.