Confused with all the new choices for Blood Angels? Ender just wrote up this break down of the jam packed Elites slot for them and you would be surprised who appears to come out on top!

Here is a breakdown of the 5x Elite infantry units that will see some action with the new White Dwarf Formations and the old reliable Assault Squads.

Just so you know, for this comparison is looking at what the overall unit can take, not just the Sergeant. If there were identical stats, special rules, or wargear it was not included on the graphic.

In the Upgrade columns the Melee, Ranged, Heavy, and Special columns refer to the respective weapons selections that can be taken as wargear from page 51. If the amount of models that can take this is restricted then the model count is shown.

If the full menu of options is not available then only those available are shown. If any amount of models can take any selection from the respective wargear list than “Any” is shown. 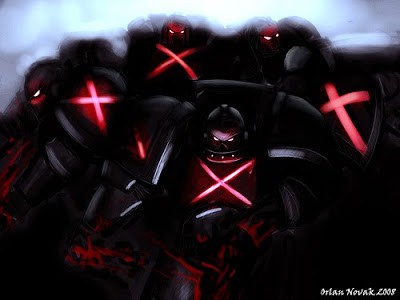 If you are looking for a jump infantry the unit that can put the most survivable models on the table seems to be the Death Company. With all of the special rules you get combined with every model having its own FnP it will probably be the most played Elite choice with the new formations.

Command Squads seem an interesting add to the Elite slot as they had historically been non-FoC counted HQ slots. They are also the only unit that can take 3 Grav-Guns (Tacticals, Bikers, and Sternguard can only take 2 each) but remember infantry only fire 2 shots without relentless. The Command Squad will also pass FnP to IC’s that join the unit unlike the Death Company. But if the model with the Narthecium dies your whole unit will no longer have FnP, hence the asterisk in the graphic.

Sanguinary Guard seem to have their points caught up in their Encarmine weapons and 2+ save that are bumping their price up about 8-11 points. I didn’t add Deathmasks to the graphic but it might be an option if the meta consists of mostly non-Adeptus Astartes lists.

Vanguard Vets losing the ability to charge upon arriving from deep strike was sad. But they can still take a similar load-out and if you can get them within 3″ of a vehicle their Infernus Pistols will eat lunch. Giving them all Storm Shields makes them a good “soaking” unit while you wait a turn to assault. Just remember to get them FnP with an IC 😉 My favorite load-out I hijacked from Kenny was 5x SS, 3x IP, 1x PF, and 1x Lightning Claw. 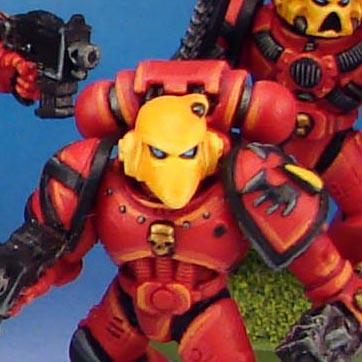 Sternguard will be sick as an anti-infantry unit coming down with 2x Heavy Flamers and 3x Combi-Flamers. If Sternguard could somehow get Relentless (upcoming formation perhaps?) then they would be sick with combi-grav, plasma cannons, and/or multi-meltas.

Assault Squads don’t seem as attractive with one less attack but they do come in 5 points cheaper than the Vanguard Vets. Taking up a Fast Attack choice and competing with the Drop Pod may keep them from seeing as much play as they did in 5th.

An interesting tactic would be to take 10x Vanguard or Sternguard with jump packs and 3 fast attack Drop Pods. Then Combat Squad them to get the weapons you want into the right pods for a Turn 1 threat with 2 pods and drop an empty pod later on an objective if needed.

Can’t wait to see what else GW has in store with these Data Slates! 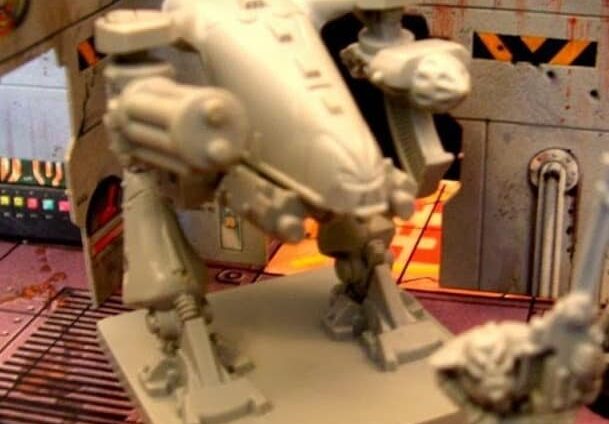 NEXT ARTICLE
Space Crusade Dreadnoughts – 40k Flashback »
If you buy something from a link on our site, we may earn a commision. See our ethics statement.