This may just be the next best thing to actually having the Necron Codex. Checkout today’s Necron Rumor Tidal Wave!

Guys there is a ton more – hit up the round up for the rest.

Lord of War
Imotekh the Stormlord

Renanimation Protocols – When a model with this rule suffers an unsaved wound, it can make a special reanimation roll to avoid being wounded. This is not a saving throw and can be used against attacks that state “no saves of any kind are allowed”. Reanimation protocols rolls may even be made against hits that cause Instant Death, but cannot be used against hits from Destroyer weapons, or an attack that states the model is removed from play.

Roll a D6 each time the model suffers an unsaved wound, subtracting 1 if the wound caused Instant Death. On a 5+, discount the unsaved wound. Modifiers to this dice roll can never be improved to better than 4+.

If a model has both reanimation and FNP, you can choose to use one or the other but not both.

Technoarcana is as follows:Chronometron – The model and his unit have 5+ invuln. against shooting attacksDispersion shield – Model has 3+ invuln., cannot claim Two Weapon bonus

Fabricator Claw Array – During shooting phase, instead of shooting, a model with the claw can repair a single friendly vehicle in base contact. D6 roll: on a 4+, restore a hull point or repair weapon destroyed or immobilised result, effective immediately.

Gloom Prism – Model and all units within 12″ have Adamantium Will.

Mindshackle Scarabs – During a challenge, model with the scarabs causes Fear. Ld. tests against the model are taken on 3D6.

Phase Shifter  – 4+ invuln. save, but only for the model and not any chariot it rides on

Phylactery  – It Will Not Die, for both the model and any chariot it rides on

Quantum Shielding – The vehicle has AV13 all around, but after the first penetrating hit, it falls back to the normal AV values.

Artefacts of the Aeons

Gauntlet of Conflagrator – Template, S7 AP2, Assault 1, One Use Only

Nightmare Shroud – 2+ armour save and fear. Once per game can force enemy unit within 18″ to take a morale check (Fearless and Know No Fear units are immune)

Orb of Eternity – See the Resurrection Orb above, except this also gives +1 to the reanimation rolls

Solar Pulse: Once per game, at the start of any turn, cancel night fighting for the turn. When activated, enemy units can only fire snap shots at the model and its unit until the staff bearer’s next turn.

Veil of Darkness – Deep strike. Once per game, can remove itself and its unit from the table and immediately deep strike somewhere else (even if locked in assault) 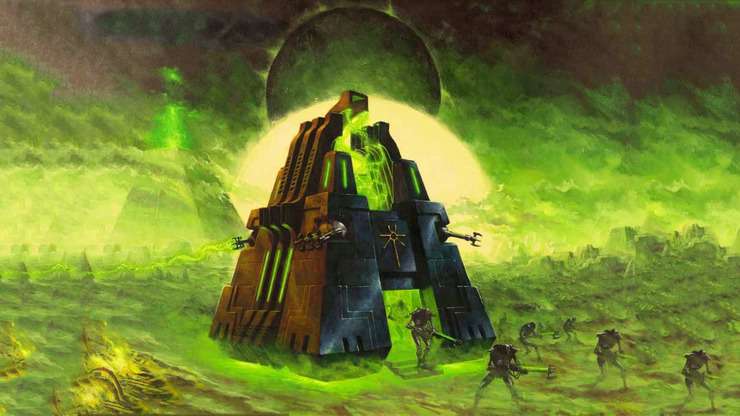 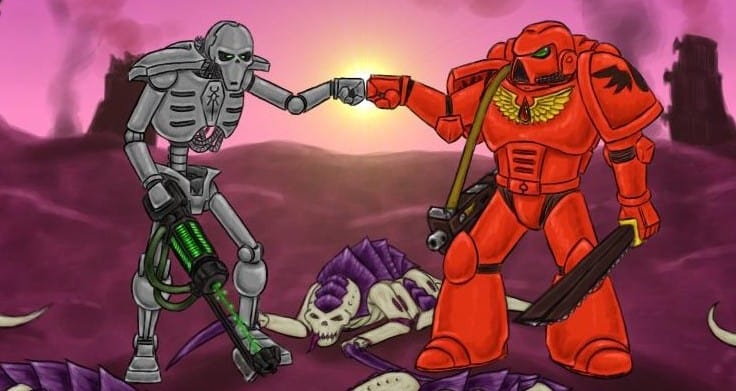 NEXT ARTICLE
New Necrons are HERE! »
If you buy something from a link on our site, we may earn a commision. See our ethics statement.