HOW TO: Custom Wound Counters 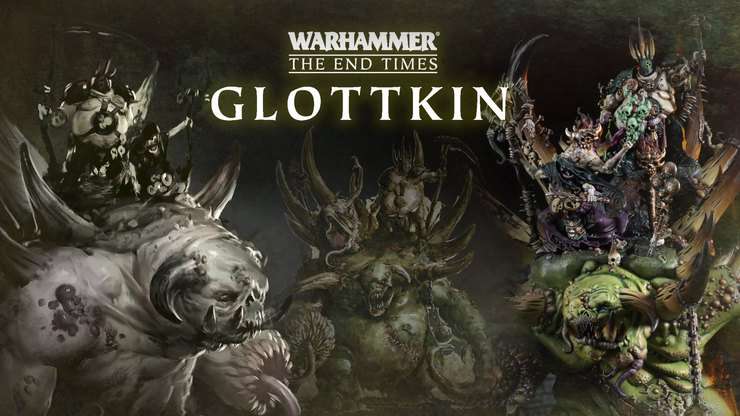 I’m currently working on the huge Glottkin model and decided to have some fun modifying the base with a custom built wound counter.

Glottkin is cool and large and has a massive twelve wounds, so removable models as wound counters seemed a bit impractical. Instead I came up with the idea of making a “clock”. 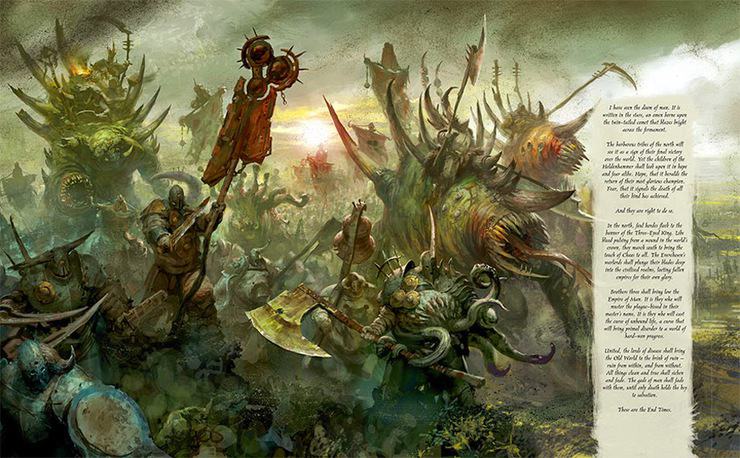 My first step in building the wound counter was to select the pointer. I used one of the Nurglings that comes with the Glottkin kit as it has a nicely extended arm which will make for a great clock “hand” to point to the current wound number.

I started by drilling a hole in the bottom of the Nurgling and then gluing a plastic tube into the hole. This will sit in the center of a 40mm round Games Workshop plastic base. 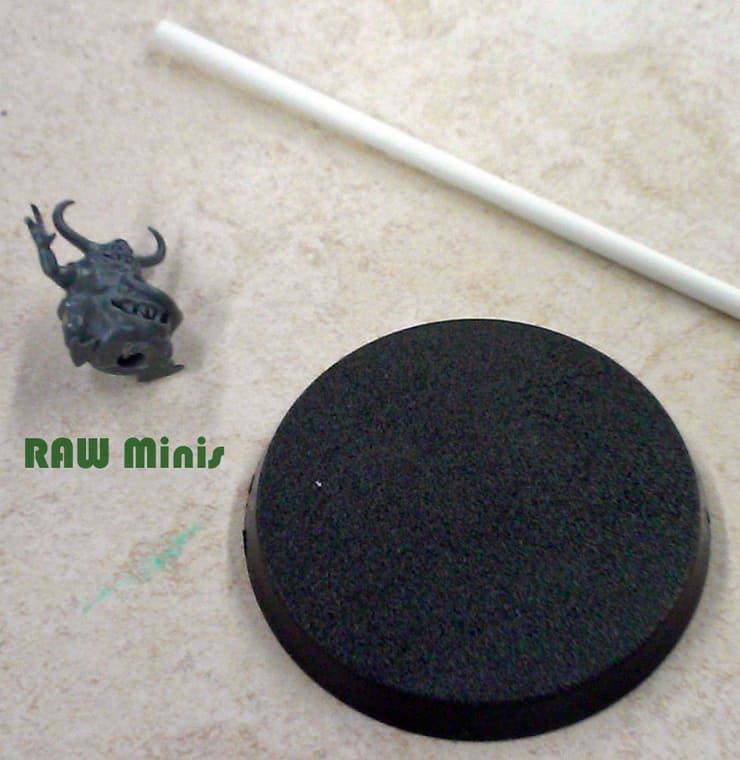 Step 1: Drill a hole in the Nurgling.

Next, I drilled a hole in the center of the base and carefully removed the tube bit around the hole with clippers. I saved this off cut because it was destined to be used in the final building step.

Step 2: Drill a hole in the base, remove the tube surrounding the hole.

The hard part came next, building the clock point markers from scratch. I carefully cut small sections from a plastic rod to make Roman numerals which I then glued to the 40mm base.

After all the numbers from one to eleven were added I built my marker for the number twelve out of three plastic GW skulls. The triad of skulls is not only an icon of Nurgle, but nicely signifies that when the clock strikes twelve Glottkin is at his end in a game of Warhammer Fantasy Battle.

Step 5: Attach Nurgling to base so that it rotates.

Here you can see the completed wound counter. The Nurgling in the center rotates so that he can point to the number of wounds left on Glottkin during a game. He also adds thematic decoration to the Glottkin’s rather large base. I’m contemplating drilling some pits in the clock face to make it look pitted and corroded after painting.

As you can see I’m well into painting my Glottkin. I’ve constructed a custom Mark of Nurgle toward the front of the base. The wound counter will go on one of the large empty spaces toward the rear.

Painting the new Warhammer End Times models has been a joy, they are so creative and spectacular. I painted fifteen Blightkings. When Glottkin is done I have some Maggoth Lords to get to as well as End Times models from the Undead and Skaven army ranges.

One of the fun things about building this wound counter is that it has given me tons of ideas for building other wound counters, objective markers and general thematic model decorations. The possibilities are endless.

I think I’m going to be building some custom Skaven runes out of plastic rod or card to decorate the bases of my larger Skaven models as well. 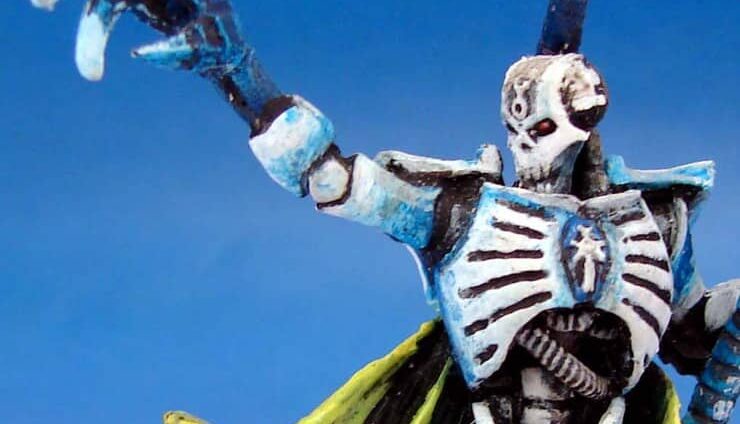 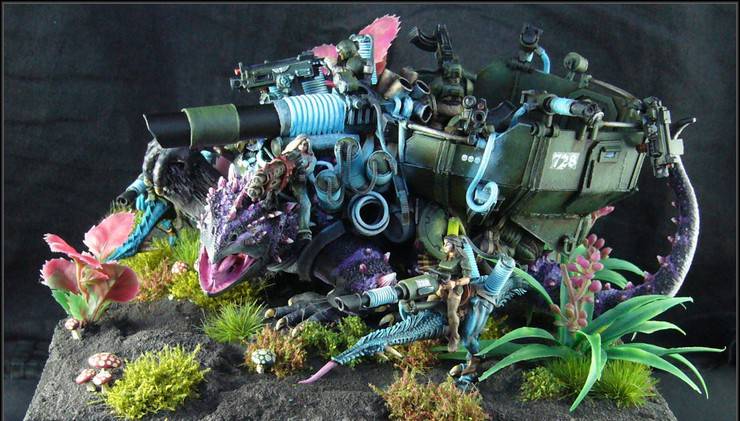 NEXT ARTICLE
Enter the Banedragon – Chicks on Dinosaurs? »
If you buy something from a link on our site, we may earn a commision. See our ethics statement.