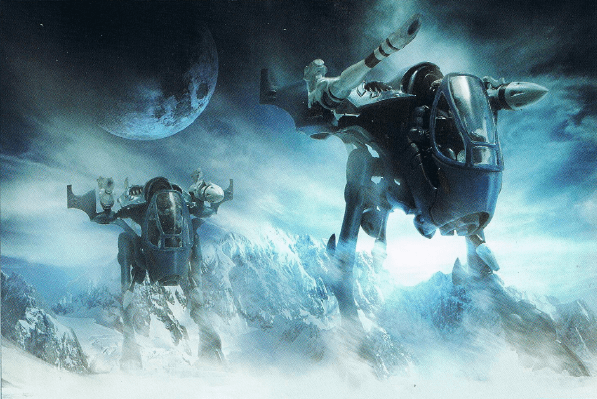 Seems like someone has supposedly seen the new Harlequin models. Check out the latest!

via Duffybear1988 (who’s on a rumor tear!)“My friend has some of the new harlequin sprues and some fantasy stuff that’s yet to be released as well! I’m going to see if I can get pics or more details, but he hasn’t mentioned jetbikes at all so either they aren’t coming out or he doesn’t have those bits.

I’ve seen a blurry phone photo of something and another of a bag filled with sprues I couldn’t identify from a quick glance.

6 figures included on the sprue (possibly one is a venom crewman).
No seer or jester on the sprue my source has.
Masks are separate to heads and there are far more masks than needed.
Lots of swords/blades for various poses.
Nearly all are in dynamic leaping/dancing poses on Eldar ruins.

I don’t know about (Harlequin’s) kisses. Right now I’m just passing on the details as I get them. We discussed it a little last night and think that it’s possible there may be another sprue that he doesn’t have that comes as part of the box. If that’s the case then there may be a jester and seer as well as a troupe master included.

My source has the right contacts at GW and has no reason to make stuff up, but as usual take everything with a pinch of salt.”

NEXT ARTICLE
40k Flashback – Tyranids Carnifex Kit »
If you buy something from a link on our site, we may earn a commision. See our ethics statement.