Chaos comes in many flavors, but in the Horus Heresy Chaos specific models are few and far between. Checkout the newest offering from the Dark Gods below!

This weeks release is the Word Bearer’s Mhara Gal Contemptor. 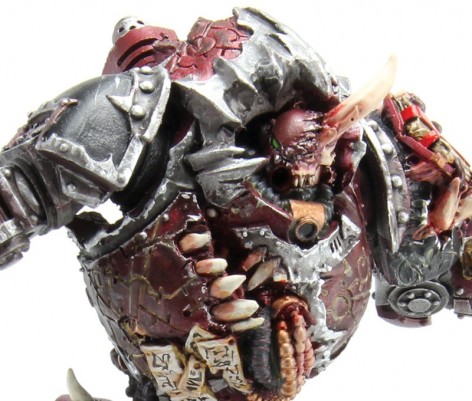 First encountered during the Battle of Ithraca amidst the catastrophe on Calth, the twisted form of the Mhara Gal Tainted Dreadnought is terrifying in both its aspect and its unearthly power. The first Mhara Gal is believed to have been created from the barely living remains of a Gal Vorbak Dark Brethren and a battle-shattered Contemptor Dreadnought chassis, both recovered from the blood-soaked ground of Isstvan V. Fused together by unholy practices, they were then corrupted by a warp-borne power, giving birth to a new monstrosity – a living engine of war and hatred.

The Word Bearers Mhara Gal Tainted Dreadnought is a fearsome opponent in battle. Wielding a warpfire plasma cannon and tainted power claw, it is formidable both at range and in close combat, its blows slicing through armour and energy fields alike. Its warp-twisted reactor and the daemonic powers gifted to it by dark forces make it all the more deadly, even breaking the bonds of reality around the Mhara Gal to allow it to walk through obstacles as if they were not there at all.

This new addition to the Horus Heresy Character Series is a complete multi-part resin kit and is packaged in a black presentation box. Experimental rules for using the Word Bearers Mhara Gal Tainted Dreadnought in games set during the Horus Heresy can be found HERE. 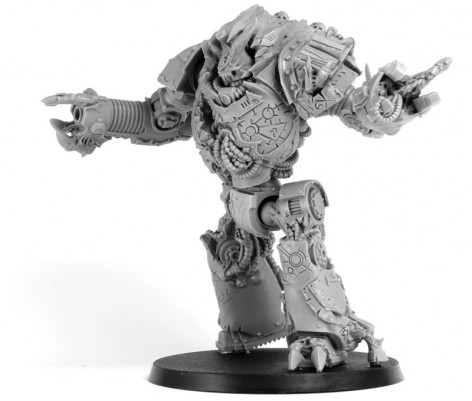 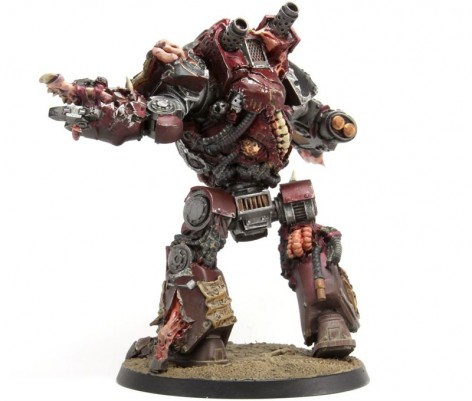 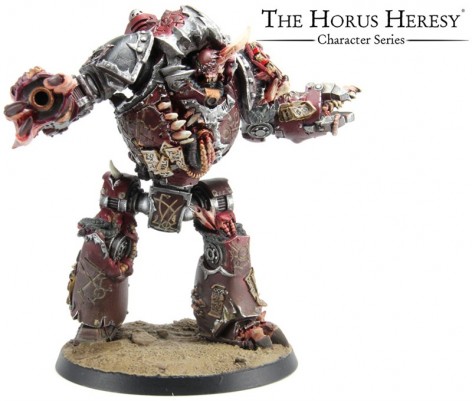 Wow if they can do this with a Contemptor these days I can’t wait to see the models they put out when the Heresy really starts to get dark. 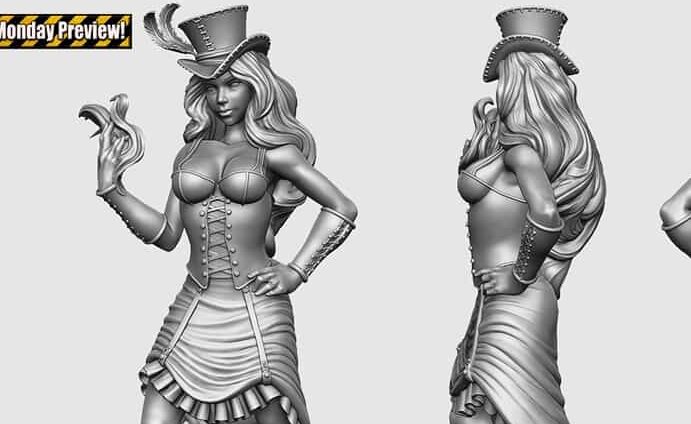 NEXT ARTICLE
Sneak Peek: Malifaux – New Colette & Mannequin »
If you buy something from a link on our site, we may earn a commision. See our ethics statement.