Take it away FFG:

Our last preview of Star Wars™: Armada focused on the Victory-class Star Destroyer and the Gladiator-class Star Destroyer, the two Imperial starships coming out in the game’s first wave of expansions. Today, we continue our exploration of the game, its ships, and its expansions with a look at the three different capital ships with which the Rebellion will soon be able to confront these Star Destroyers. First of all, most ambitious Rebel commanders are likely to want their fleets to count a good number of corvettes. Certainly, it’s possible to bring more than one to battle. The CR90 Corvette A weighs in at just forty-four of your three-hundred fleet points, and the CR90 Corvette B costs you a mere thirty-nine fleet points. For those points, though, both ships offer you three-dice attacks from your primary, forward-facing weapons; four hull; and a total of seven shields. For example, the CR90 Corellian Corvette Expansion Pack allows you to recruit Mon Mothma as your commander should you prefer her to the Core Set’s General Dodonna. It also comes with the valiant Raymus Antilles and two different titles, meaning that you can fly the iconic Tantive IV or daring Jaina’s Light alongside the Core Set’s Dodonna’s Pride.

As the lightest and most agile ship within the Rebel fleet, the CR90 corvette offers a great deal of tactical flexibility not available to your other ships, and the expansion capitalizes upon this flexibility. Not only does the expansion’s Raymus Antilles allow your corvette to double up on the effects of any command it chooses, gaining a token even as it executes the command from the dial, but a number of other cards allow you to exploit the different upgrades available to the CR90 Corvette A and CR90 Corvette B.

Where the CR90 Corvette B features an ion cannons upgrade, the CR90 Corvette A instead features the turbolaser upgrade. Accordingly, you might add the Leading Shots upgrade card to a CR90 Corvette B equipped with the Dodonna’s Pride in order to deal faceup damage cards directly to the hulls of enemy ships, especially in a fleet with General Dodonna as commander. Or you might equip your CR90 Corvette A with the H9 Turbolasers upgrade, and if your opponent’s Victory-class Star Destroyer has spent one of its redirect tokens, you can convert one of your damage results to an accuracy result in order to force your opponent to soak the damage you deal on the hull zone you’ve targeted.

The way Armada allows you to upgrade and customize your ships ensures that you’ll have tremendous control over the way they fit into your overall strategy, and the CR90 Corellian Corvette Expansion Pack greatly increases the number of roles your corvettes can play within your Rebel fleet. The second Rebel ship found in the Core Set is the Nebulon-B frigate, and the Nebulon-B Frigate Expansion Pack enhances its utility and versatility within your fleet by adding a pre-painted Nebulon-B miniature along with eight upgrade cards. Both these types of Nebulon-B frigate feature the same attack dice, shields, hull, and upgrade slots. There are two key differences that merit the six extra fleet points. First of all, the Nebulon-B Escort Frigate gains an extra blue die to its anti-squadron armament, making it far more effective at eliminating enemy squadrons, either to protect itself or free up your fighters to attack enemy ships. Additionally, it gains an extra squadron value, meaning it can activate an extra squadron whenever it reveals the squadron command. This is particularly meaningful if you equip your Nebulon-B frigate with the expansion’s Yavaris title, which allows your squadrons to attack twice when you activate them with the squadron command, so long as they don’t move. Add Luke Skywalker to the mix, and the differences between the two types of Nebulon-B designs becomes profoundly noticeable.

Of course, there’s plenty to say in favor of the Nebulon-B Support Refit. For starters, it comes with all the same attack dice, but at a discount of six fleet points. This is a great option for fleet admirals who plan to use their Nebulon-B frigates to attack directly. For starters, the Salvation title adds extra damage with each

result it scores from its front hull zone. Then, the addition of an Intel Officer or XI7 Turbolasers (or both) can minimize your opponent’s ability to defend against your attacks, ensuring that they hit for maximum, targeted impact.

The Support Refit is also, arguably, the better ship to outfit with the Core Set’s Redemption title, which is the title you’d likely select if you wanted your Nebulon-B to play a more defensive role than offensive one. It grants an extra point of engineering to friendly ships within Range 1–5 whenever they resolve the repair command, either from the dial or from a token. Either way, that extra point may make the difference between merely moving a shield and recovering one, or between recovering a shield and discarding some harmful faceup damage card. Additionally, that extra point of engineering piles up quickly; the more you resolve the repair command, the more value you get from the Redemption. The third of the Rebel starship expansion packs in the first wave of Armada releases is the Assault Frigate Mark II Expansion Pack.

Featuring one pre-painted Assault Frigate Mark II miniature and fourteen upgrades, this is the big Rebel expansion for admirals who want to battle the Empire’s Star Destroyers on more even terms. While neither the CR90 corvette or Nebulon-B frigate wield firepower that measures up to a Star Destroyer’s, and both demand that you fly them carefully about the battlefield in order to limit their exposure to your opponent’s main weapons, the Assault Frigate Mark II can fire attacks of four dice from either its left or right hull zone. For the extra fleet points it costs you, the Assault Frigate Mark II A gains an extra blue attack die from its forward and rear hull zones. It also features a more impressive anti-squadron armament of two blue dice, instead of just one. On the other hand, the Assault Frigate Mark II B features a squadron value of “3” instead of “2.” It may not be as well-equipped at dealing with enemy fighters directly, but it can better coordinate any fighter wing sent to escort it.

However, both versions of the Assault Frigate Mark II feature a command value of “3,” meaning that it’s noticeably less responsive than the Rebellion’s other ships. As is true of all the starships in Armada, the more powerful ships demand that you plan further ahead.

Still, the ship’s larger command value also means that it can hold more command tokens for later use, and that pairs well with the ability of the expansion’s commander, Garm Bel Iblis, who in both the game’s first and penultimate rounds allows you to add a number of command tokens to each of your ships equal to their command ratings.

Garm Bel Iblis is accompanied within the expansion’s upgrades by another unique Rebel, Adar Tallon, who serves equally well aboard the Assault Frigate Mark II B and the Yavaris. For ten fleet points, Adar Tallon basically allows you to get double the value out of your best squadron pilot every round, and if you choose to go all-in on the investment in your squadrons, you may also wish to consider equipping your Assault Frigate Mark II B with the Gallant Haven title, which reduces by one the total damage dealt to any of your squadrons at distance “1.”

Like the Nebulon-B frigate, the Assault Frigate Mark II also seems to be meant for one of two roles, and if you opt not to outfit it as a fighter escort, then you can add the Paragon title to add one black die to any attack your ship makes as a second attack against the same target. With the Paragon title, your Assault Frigate Mark II A can concentrate its fire upon a single foe for as many as eight attack dice, or nine if you also outfit it with the Enhanced Armament upgrade.

Even Star Destroyers have a hard time concentrating nine dice at the same foe, and if you start launching those sorts of explosive attacks against your enemies, it’s worth taking a look at adding the Sensor Team upgrade to your ship. At the cost of two dice, the Sensor Team allows you to gain an accuracy result when you need it to prevent your opponent from halving the damage his ship would otherwise take.

The Fleet Will Be Ready Soon

The Rebel fleet is gathering outside of Sullust and will soon be ready for action. How will you meet the Imperials? Will you swarm them with your corvettes? Will you use the Yavaris, Gallant Haven, and Adar Tallon to get the most out of your ace fighter pilots? Or will you bring out the big guns of your Assault Frigate Mark II A?

STAR WARS Armada is scheduled for a Q1 release. 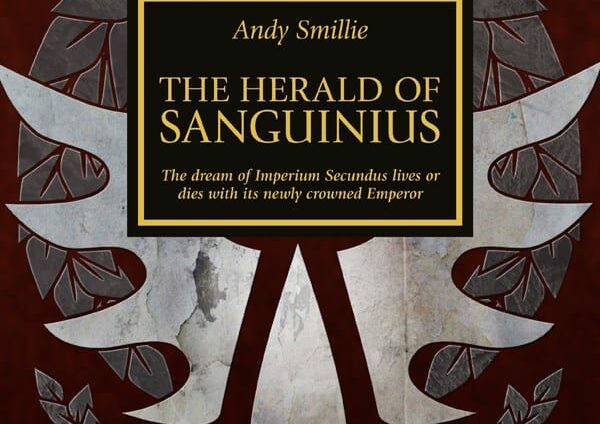 NEXT ARTICLE
Storm Guppy – Pic of the Day »
If you buy something from a link on our site, we may earn a commision. See our ethics statement.