New this week is a Volcano cannon, and a Chianfist arm to make your Reaver titan look so fresh!

The Reaver is a Battle Titan protected by thick adamantine armour, powerful void shields and bearing devestating weapons. Two weapons such weapons in the arsenal of the Titan Legions are the Reaver Titan Volcano Cannon and the Reaver Titan Chainfist.

The Reaver Titan Volcano Cannon is the largest weapon that the Titan’s frame can support. This colossal cannon can unleash a beam of destructive energy detonating into a huge explosion at the point of impact.

As effective at breaching fortifications and strong points as it is at rending Warmachines and enemy Titans and Gargants of the savage Ork empires, the Reaver Titan Chainfist brutal close assault weapon composed of contra-rotating teeth surrounded by a powerful disrupting energy field.

These two titan weapons are multi-part resin kits that can be used for either the left or right arms on the Reaver Titan and Chaos Reaver Titan Body kits. These weapons can be used in both Horus Heresy games and standard games of Warhammer 40,000, rules for using Reaver titans can be found in The Horus Heresy Book One – Betrayal, Warhammer 40,000 Apocalypse and Imperial Armour Volume Thirteen – War Machines of the Lost and the Damned

This is a complete resin kit. It is available to pre-order now and will be despatched from Friday 13th February. 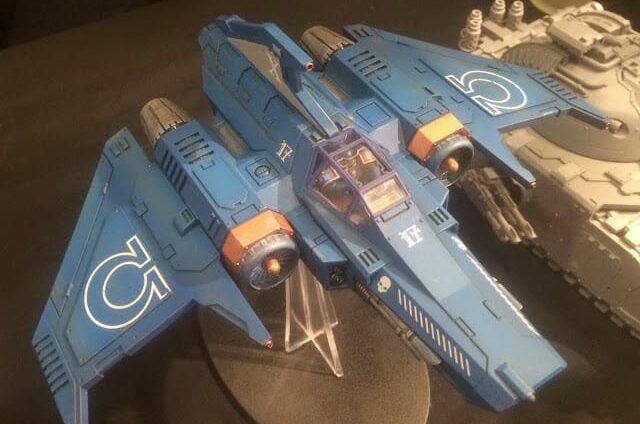 NEXT ARTICLE
NEW – Space Marine Xiphon Interceptor »
If you buy something from a link on our site, we may earn a commision. See our ethics statement.