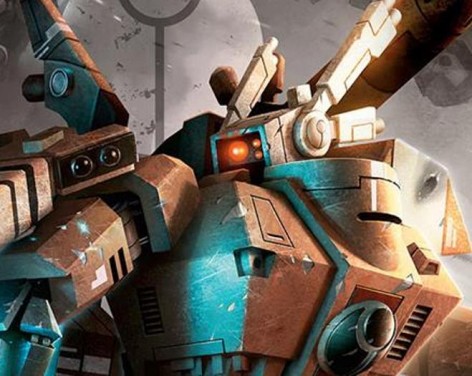 The Greater Good is coming! Come see the latest battle report from SN battle reports featuring The Tau and some shiny Deathwatch!!

Mission: (Buildings) 3vp for every controlled building at the end of the game.
Points: 1300pts
Deployment: Dawn of War

It is a fact that the Canis Salient remains the largest and oldest Imperial warzone within the Jericho Reach. Located coreward of the Reach, its first battles in the Achillus Crusade were fought to liberate dozens of human-inhabited worlds from Tau expansion. This Imperial Crusade did not go well, it seemed that some worlds did not accept the Crusade as liberators with open arms. As time went on, Lord Commander Sebiascor Ebongrave tactics to root out the Tau influence became increasingly unforgiving and aggressive,  eventually deeming worlds that he considered to be rife with Tau emissaries and sympathisers beyond hope of redemption. Unable to order multiple Exterminatus decrees he instead ordered them quarantined, meaning that no spacecraft were allowed in or out, leaving the populations to starve, or worse. To many, the fates of the Quarantined Worlds were the starkest evidence of Ebongrave’s madness. However, others saw his view of the Tau as a subtle and insidious enemy as enlightened rather that delusional and paranoid. The ends justify the means. Kagerran is one such Quarantined World, a former Agri-Colony once covered in edible fungi but now after years of neglect a derelict desert world home to few remaining humans and very little else.

The Machine Spirits controlling Watch Station Palant-E detected a Tau craft making landfall on Kagerran and what appeared to be a small mixed xenos scouting party disembarking and making with haste towards one of the abandoned farming complexes. What they hoped to find there was not clear. But it was clear that whatever they sought must be of importance to them and that they must be stopped at all costs.

The Machine Spirits made their report:

Boom!!! New terrain! Feast your eyes on this board, we had always wanted proper and extensive line of sight blocking terrain and so contacted our friends from Wargame Terrain Factory to make us some buildings for us. How good do they look! A bit of a Star Wars feel to it which is great with all the hype coming up to the movie. We were so excited to have received our new stuff that we quickly arranged for a game and what better army than the newest released codex: the Tau Empire. Having such a built up village / town on the board we decided not to use any vehicles and so brought out our Deathwatch army, a perfect fight for a perfect day. (Dreadnought being an exception to that rule because… reasons! ;)) We gave the Deathwatch some nice fluffy if powerful chapter tactics- SN Deathwatch Chapter Tactics – Stealth – Preferred Enemy: Xenos – Night Vision (Ignores Night fighting) This really goes well with all the Deathwatch fluff. Lets see how they do!

With all the hype of the terrain we really didn’t think of a mission so after a chat having a coffee we decided to make it a capture and control mission. For each building captured and controlled by units or models on the terrace you would receive 3pts. As a twist only 5 of the buildings would have points and neither player would know until the end of the game which ones were which. Mean huh? Between you and me they were the top left one, the two in the middle row, and the bottom right and bottom left one. Like little kids we couldn’t wait to start and use this awesome new board so after rolling on our psychic powers, warlord traits and rolling a 2 for Night Fighting we were off to a start with Adam winning the roll and opting to go first. Let the armies start deploying! Yey!

Mark rolls on the Pyromancy Discipline for his level 1 Librarian and receives Fire Shield plus the Primaris power Flame Breath. Interesting rolls could be quite useful. Always nice to have a template power and a blessing.

Adam’s great army is deployed making excellent use of the new ruins/buildings. What a wonderful sight! He deploys most of his Fire Warriors on the ruin backed up by Pathfinders further behind. His commander is hidden behind the same building with his most powerful unit staying close beside getting cover from the building further across. At the very end we see the Vespids deployed…… yes you heard me right Vespids on the table. What is the world coming to?

Mark’s turn now to deploy! He also makes good use of the terrain. I cant say this enough but boy is it great to to have complete line of sight blocking terrain on the board. This is such a change from most of our boards and sure makes things very interesting in the first couple of turns with units being unseen. Back to Mark, he deploys his command squad just beside his vanguard veterans who are already ready to assault the enemy. Will they make it to fight the nasty xenos mano a mano?

After both armies are deployed and looking awesome! Adam goes and gets his infiltrating units. This is going to be a epic cross fire of shooting. Pew Pew Pew!

Adam deploys his Kroot in the centre building hoping to hit with some sniper rounds in the opening turns. He also deploys his stealthy stealth suits in the centre of the battlefield 18″ from the enemy but in open ground. Interesting…

Turn 1 (Tau Empire) Adam starts to move his forces forward making sure most of his units are in range to shoot. If a good proportion of these potential shots hit and wound, Mark is going to have to make some very good armour and cover saves. It may be a very painful round.

Turn 1 (Tau Empire) Adam flies his Commander forward using his Coldstar Battesuit……so cool! He also moves his pathfinders just a bit further up so that their important marker light shots are in range. (Awesome pic btw)

Turn 1 (Tau Empire) The shooting starts and instantly there are casualties as the fire warriors manage to kill 2 vanguard veterans! Take that possible, but not confirmed, but really is, Thousand Son successor chapter chap!

Turn 1 (Tau Empire) The Pathfinders further in front also shoot at the same unit but fail to slay any other veterans. To make matters worse the Ion rifle overcharge shot gets hot but luckily Adam saves his armour save. You got to love Gets Hot!

Turn 1 (Tau Empire) Boom! Some incredible rolling from Adam and some awful rolls from Mark sees all but one of the Veterans killed in what was some deadly shooting by the commander! Wow! Adam feeling proud as he shouts “That’s my man! That’s my man…”. Mark mumbles something unprintable… repeatedly…

Turn 1 (Tau Empire) Adam thinks for a bit… and after getting some feedback from some of the other SN crewmembers (who were baying and screaming for Astartes blood in a totally disinterested neutral manner ) he goes for the overkill shots and targets the remaining single veteran in the building in front with all his fire warriors. A plethora of shots prove just too much for Mark as a total of 8 shots manage to wound and kill the last remaining Sternguard squad member! And that’s first blood to the tau…

Turn 1 (Tau Empire) The rest of the Fire Warriors finish the Assault squad off with some more great shooting helped with some improved ballistic skill from the marker lights.

Turn 1 (Deathwatch) With a painful first turn for Mark so far! It’s time for him to turn his frown upside down and kick some fishy and birdy Xenos butt! He quickly moves his forces forward. The librarian defends his squad by placing a fire wall in front of them in the psychic phase giving the unit a 3+ cover save.

Turn 1 (Deathwatch) They then target the Stealth Battlesuits managing to remove one from play using their 2+ poisoned shots. Love that librarian.

Turn 1 (Deathwatch) Mark starts to shoot his heavy weapons opting to fire two frag missiles at the Pathfinder squad on the steps. The blast scatters 3 inches getting more than he planned to… instant win! Is that a smile breaking out on his miserable face?

Turn 1 (Deathwatch) The squad manages to kill a total of 3 pathfinders. Not bad shooting by the Black Templar Sergeant’s squad.

Turn 1 (Deathwatch) The dreadnought moves up, closely guarded by his brother in arms the Techmarine. They both look for their first target to unload their full weapon power upon. Target acquired! The Dreadnaught lets the assault cannon rip and removes the remaining stealth suits from play. Go Deathwatch! (By the Emperor how fickle are we?!)

Turn 1 (Deathwatch) This is how the battlefield looks at the end of the first turn. As you can see the Tau have advanced forward a bit more than the Deathwatch getting more of their weapons into range. The new buildings are giving great cover to some units that are slowly and tactically moving up to their next building. This will all change when the three riptides come in from reserves! Wait. What?! A Tau army with vespids and no riptides? Not even one? Adam you are a prince among men!

Turn 2 (Tau Empire) The XV8 crisis suits move up through the centre of the table instantly creating a great threat to Mark. This 6 battlesuit unit is capable of anything! Armed to the teeth, fast and tough.

Turn 2 (Tau Empire) Adam pre-measures his Commander’s flying movement before moving him just beside the Command Squad making things very interesting. The rest of the units stick to their cover and hold on to the building they are already deployed on making good use of their long range weaponry.

Turn 2 (Tau Empire) First to fire are the Pathfinders on the ground. Their rail rifle shot managers to kill one Veteran as he fails his 3+ cover from the fire shield in front. (Take that Smurf!) The rest of the Pathfinders mark the squad 3 times.

Turn 2 (Tau Empire) The Marker lights add extra ballistic skill to the big Crisis suit unit as they fire all they have towards the Librarian and his veterans. And WOW does this unit have fire power or what! Gun after gun shoots, and hit after hit manage to land, and wound!

Turn 2 (Tau Empire) Not even their fire wall cover or their tough armour saves protect the Emperor’s and the Inquisition’s finest from the onslaught of shots. Again too many shots prove just too much to save. A pool of wounds combined with more bad rolling from Mark sees the Librarian and his brothers killed. This Crisis suit unit is going to give Mark a hell of a problem! Mark again goes glum and towards the dark side. The mumbling returns.

See the full Battle Report Here for the exciting conclusion and remember to subscribe!

Or for those with no Facebook visit us on 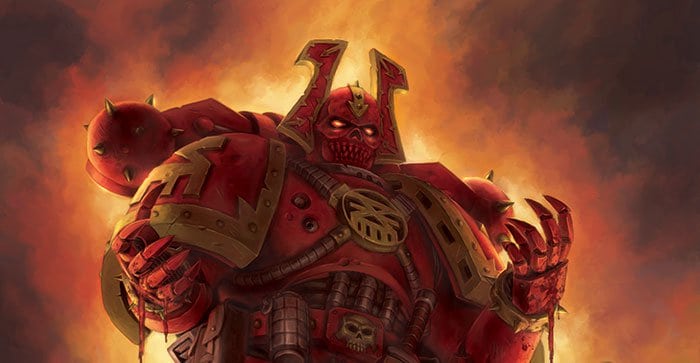 NEXT ARTICLE
Khorne’s Got Moves Like Jagger! – Army of One »
If you buy something from a link on our site, we may earn a commision. See our ethics statement.

About the Author: Steven Pardo