Aw snap, new X-Wing miniatures are headed out way soon! Checkout the latest on the Imperial Assault Carrier from FFG! Fantasy Flight Games just dropped some MASSIVE spoilery previews of the new Imperial Assault Carrier and it’s shaping up to be a game changer, literally! It’s the first ship that can deploy up-to four docked fighters – a literal game change. It’s also going to come with a few extras that you’re going to want to take a look at for your smaller games. With that out of the way, lets take a look at the new goodies for all you Imperial Captains out there. The Imperial Assault Carrier Expansion Pack for X-Wing™ is headed soon to a retailer near you. Scheduled to arrive throughout the United States in just a few weeks, the Imperial Assault Carrier Expansion Pack introduces the huge-base Gozanti-class cruiser to your Epic Play X-Wing battles. Additionally, its twenty-six upgrades permit a wide array of new Epic Play tactics for all your huge ships, and you’ll find a wealth of new possibilities for Standard Play among the expansion’s two new TIE fighters and their four new unique aces.

As we mentioned when we first announced the Imperial Assault Carrier Expansion Pack, you’ll also find a new campaign of linked missions that highlight the Gozanti’s ability to transport and deploy as many as four docked fighters. We’ll look at the rules for docking and deploying your Gozanti’s fighters in a subsequent article, but today we’ll take a look at some of the tremendous dynamism and tactical depth that the Imperial Assault Carrier Expansion Pack adds to your games of X-Wing Epic Play. There Will Be No Escape

With the new tactical options that the Gozanti-class Cruiser and the Imperial Assault Carrier Expansion Pack’s new upgrades add to your huge ships, your X-Wing Epic Play battles are bound to be bigger, bolder, and more dynamic than ever before. Your huge ships will be able to play a wider range of roles within your fleet, and that means they’ll do more than ever to enhance the massive scope and distinctive play experience of X-Wing Epic Play and those Cinematic Play missions that permit you to field Epic ships.

Look for the Imperial Assault Carrier Expansion Pack, its Gozanti-class Cruiser, and its many upgrades to increase the scope and thematic appeal of your Epic Play matches when it arrives at retailers in just a few weeks!

Epic Star Wars X-Wing play is getting a whole lot more interesting! Both the Rebels and the Imperials have two Huge ships, tons of Huge ship only mods and a new way to play. Plus this expansion also includes a campaign of linked missions designed for the Gozanti’s abilities. Those two extra TIE fighters don’t hurt either…unless you’re a rebel player.

Bring on the new X-wing goodness! 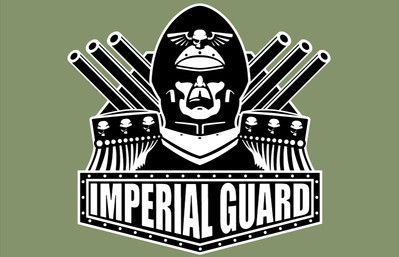 NEXT ARTICLE
Games Workshop’s Black Friday Sale Items? »
If you buy something from a link on our site, we may earn a commision. See our ethics statement.