Remember the 90’s, because this may just be how YOUR bedroom looked back then!

With the return of Specialist Games, veteran gamers everywhere are hopeful of the Resurrection of their favorite Games Workshop games from back in the day.

Robb Briggs-Snodgrass just shared this relic of the past with our Facebook group, and it’s a good un!

The Origin of “Gorkamorka” from our friends at Lexicanum

Angelis was being surveyed by the Imperial vessel Eternal Vigilance in 344–345 M35 when an Ork Space Hulk crashed into it, creating a massive canyon dubbed “Da Skid” by the Orks, and irradiating the landscape of the surrounding area, including the base station of the Imperial survey team who had been investigating the planet’s complex of pyramid structures, and attempting to determine the reason for the apparently artificially caused lack of any living organisms, right down to bacterial and viral levels, on the planet.

The surviving Orks set about building a new ship, to leave the planet and rejoin their Waaagh!. Unfortunately for the Orks, rivalries broke out over which Ork god the ship resembled, and the construction process slowed dramatically as tribes fought for resources and territory. The vessel was eventually destroyed in the fighting.

After the destruction of the ship, both sides decided to band together and name the vessel “Gorkamorka”, meaning that it could look like either of the Ork gods, Gorkand Mork.[1b]

It is to note that some of the Gretchins that the Orks brought with them rebelled, demanding equal rights to those of the Orks. This is the first recorded occurrence ofRebel Grots.

It has since been designated a Xenos World due to the higher population of Orks than humans.

What specialist game do you want to see return the MOST?
The Real Truth About 40k’s Pre-Game: Long War Episode 31 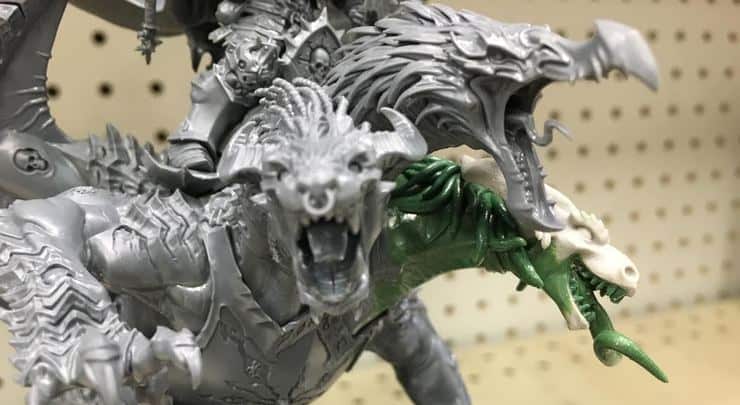 NEXT ARTICLE
Do You Pre-Game Before You Play 40k? »
If you buy something from a link on our site, we may earn a commision. See our ethics statement.