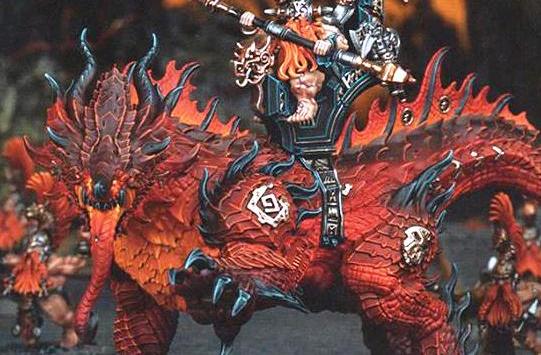 The new lava beast for the Duardin is here, and Games Workshop has given us our first peek at the new baddie over the weekend! Come see the new MONSTAR!

GW has backed three versions of ONE monster into their new box set due out next week. But don’t let that keep ya down, they just put out a sneak peak of their new creation below!

The Auric Runefather on Magmadroth is an impressive centrepiece model for an army of Fyreslayers and the army commander of the Fyreslayer lodges. But it’s also much more than that. Instead of building a Runefather riding the Magmadroth, you can build a Runeson, the literal descendent of the lodge’s Runefather. Or you can build a Runesmiter, one of the fabled priests responsible for smithing the runes that adorn the armour, weapons and skin of the Fyreslayers. The great news is, if you build either the Runefather or Runeson riding it, you can also build the other two on foot. Clever stuff, eh? We’ll be taking a closer look at this new plastic kit next week, but you can see more of it right now in the pages of White Dwarf 103.

So it looks like they’re giving out some value but allowing “on foot” versions of models to be created alongside the big baddie himself! Very cool. I also like how the kit goes together in sections to allow for ease of painting as well. 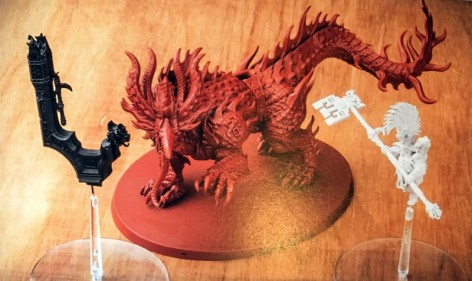 When it comes to the big guys Games Workshop is definitely on their “A” game for sure.

Time to play the Duardin?

NEXT ARTICLE
LORE – Warhound Scout Titan, Smaller is Better? »
If you buy something from a link on our site, we may earn a commision. See our ethics statement.