Armada Tactics – Should You Ever Take A Victory Class Again?

Let’s get into it and discuss why this ship has taken a backseat to the Armada meta game.

With the release of the Imperial Class Star Destroyer, the Victory has been seen as less of a usable ship. The ISD boasts a more impressive frontal battery with 8 dice, whereas the Victory has 6. The ISD is also far faster and maneuverable by being able to jump up to speed 3, leaving the Victory in its dust with speed 2 as its max. Now lets get to its strengths. 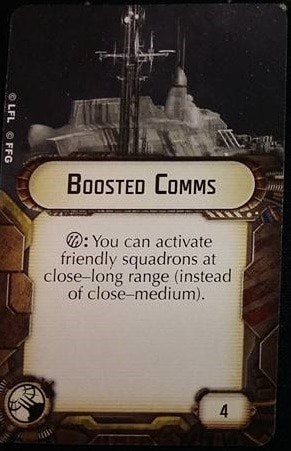 The Victory has always been a more than capable carrier. With the wave 2 Offensive Retrofit, Boosted Comms, the Victory can get some extra reach with the help of some bomber squadrons.

The big bad guy to watch out for is definitely the MC80 Home One with Admiral Ackbar at the command. His ship out shoots, and out ranges, most ships in the game right now.

With activated bombers at long range, the little Victory could sure put some hurt on Ackbar. A Victory is also way more affordable points-wise than an ISD, and can still hold its own in its medium ship niche. 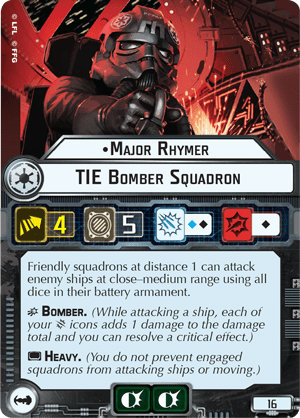 Add in Major Rhymer, and your reach goes even further. Rhymer could fly with a squad of bombers to keep points low,or roll with some Firesprays to deal with squadron cover.

Always keep older ships in mind when making your lists. Keep playing and keep learning as a fleet admiral. Thanks for tuning in and good luck out there!

NEXT ARTICLE
Ork Grukk Datasheet & Badab War Gallery REVEALED »
If you buy something from a link on our site, we may earn a commision. See our ethics statement.