Come see all the new Space Wolves & Daemons offering and rules inside the latest issue of White Dwarf.

Another can’t miss issue of the White Dwarf is here! This issue features the Iron Priest datasheet (which is also available Curse of the Wulfen) as well as a great two-fer Paint Splatter tutorial on this guy and the new Ulrik as well.

Plus there’s Age of Sigmar: Grand Alliance Death inside, as well as, another start collecting feature on Space Wolves! 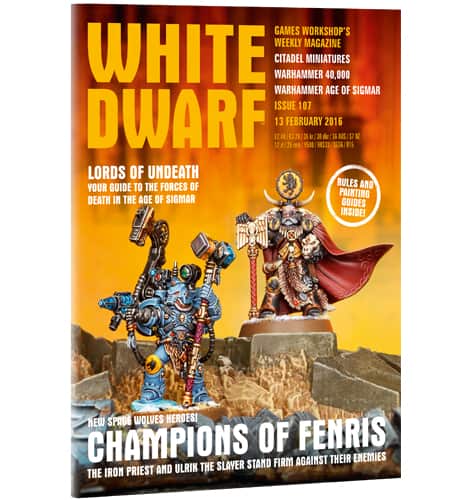 Space Wolves heroes! You want ‘em, we got ‘em. Every army needs a leader, after all, and the Space Wolves present one of the mightiest heroes ever to stalk the enemies of the Imperium – Ulrik the Slayer, almost the oldest known Space Wolf in existence (Bjorn the Fell-Handed claims that particular record, though he probably doesn’t want to…)We also take a looky at Wolf Lord Krom and the Iron Priest. White Dwarf 107 is out tomorrow in Games Workshop stores, independent stockists and right here on the Games Workshop Webstore.

Also in this issue:
• Grand Alliance: Death – the book of the faction, introducing Warscrolls for every avaricious servant of Death in the Age of Sigmar;
• A bit of a chat with the painter of an astonishing Blood Angels Terminator Captain from the recent Golden Demon;
• Stage-by-stage painting guides for Ulrik the Slayer and the Iron Priest;
• Rules! Rules for the Iron Priest.

Plus for Feburary 2016 get a free Horus Heresy Betrayal at Calth Squad (or an X-Wing/ Armada new release ship if your into Star Wars) just for signing up! 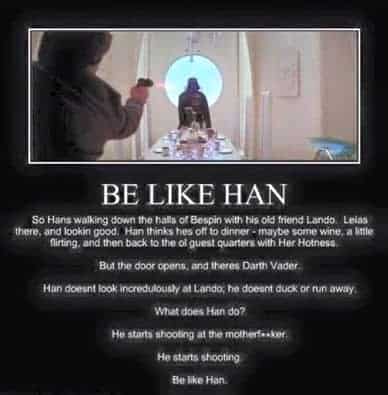 PREV ARTICLE
« Be Like Han? – Pic of the Day

NEXT ARTICLE
Playing 30k- What Legion Should YOU Choose? »
If you buy something from a link on our site, we may earn a commision. See our ethics statement.