Come see all the new Wulfen and Chaos Daemons art, rules and more in this week’s White Dwarf.

The new White Dwarf is here, and it is JAM PACKED with new rules and teasers for both the new Wulfen, and their Chaotic enemies the Daemons!  Plus a new paint splatter will help you make short work of getting those new Wulfen ready for the table top as well. 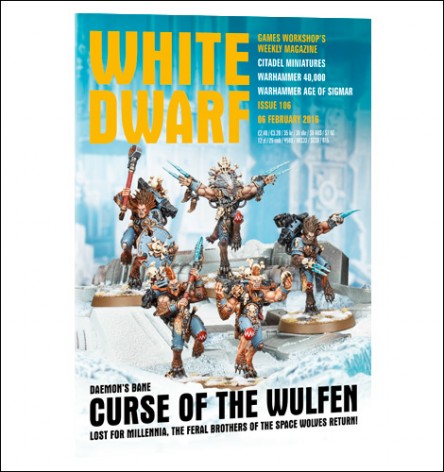 This week, White Dwarf is brimming with Space Wolves – we bring you the Wulfen, proud and savage warriors whose bodies and minds have succumbed to the effects of the Canis Helix, mutated and twisted into a bizarre combination of elite genetically engineered superhuman and feral, bitesome wolf. Loping into battle with fierce predatory instincts and sharpened claws, they hack and rend and snarl with unabated fury. White Dwarf 106 is out tomorrow in Games Workshop stores, independent stockists and right here on the Games Workshop web store.

Also in this issue:
• A complete stage-by-stage painting guide for the Wulfen in Paint Splatter.
• A lingering look at the incredible artwork to be found in War Zone Fenris: Curse of the Wulfen.
• We induct another classic Citadel miniature into the Hall of Fame – it’s an old/new favourite…
• Rules for the Space Wolves Wulfen.
• The Week in White Dwarf extols the virtues of the Wolf Lords, and has a look at a Mastodon’s innards. Yes, really.

Checkout it all out below in our first look video review!

Plus for February 2016 get a free Horus Heresy Betrayal at Calth Squad (or an X-Wing/ Armada new release ship if your into Star Wars) just for signing up! 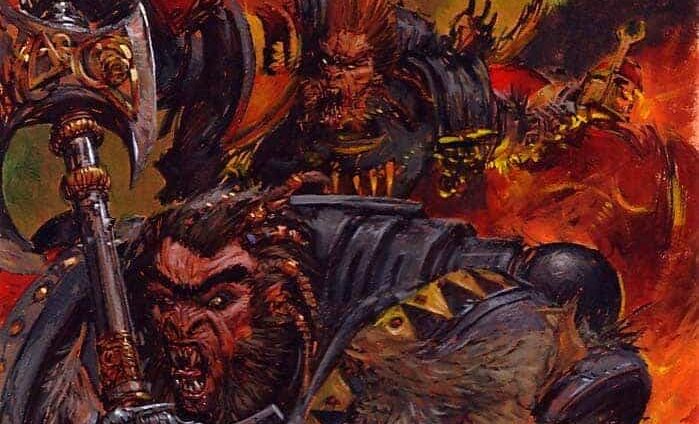 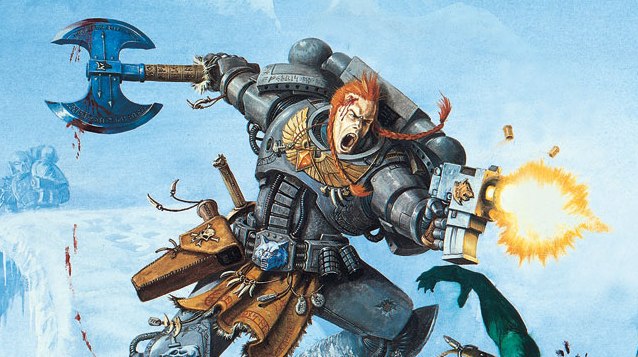 NEXT ARTICLE
GW: New Space Wolves Models REVEALED +Updated+ »
If you buy something from a link on our site, we may earn a commision. See our ethics statement.