Making Orks Good – The “Secret” Warboss We Forgot About?

It turns out there is a “secret” Ork Warboss a lot of us may have forgotten about that may just be one of the new keys to “making Orks good again”.

This Article is Rated: Would You Like To Know More?

It showcases something that can help out the current “meta” of the game by coming at it from a different perspective!

Way back about 9-10 years ago Forge World put out Imperial Armor 8: Raid on Kastorel-Novem that featured a lot of rules for the Orks, that have actually received an update since then. 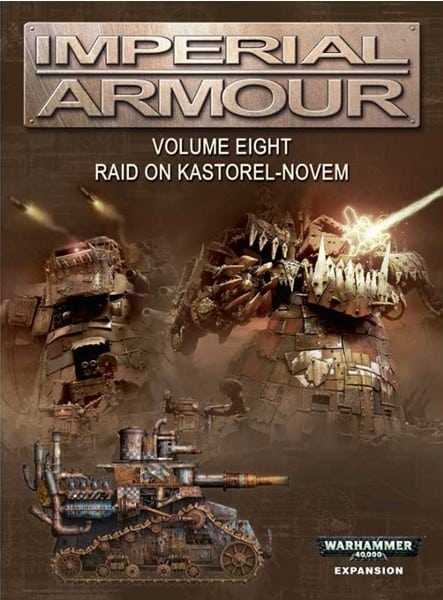 In this book are rules for the Dread Mob Army List, and one data sheet for a Warboss by the name of Zhadsnark ‘Da Rippa’.

Zhadsnark and the units from the Dread Mob army list even got an update for 40k 6th Edition from Forge World (just like the Marine Rules from the Badab War books) that you can still find HERE.

This guy is a great addition to any Ork Army as it’s warlord, and makes a majority of hard hitting units Objective Secured if you take them as an ally or CAD. 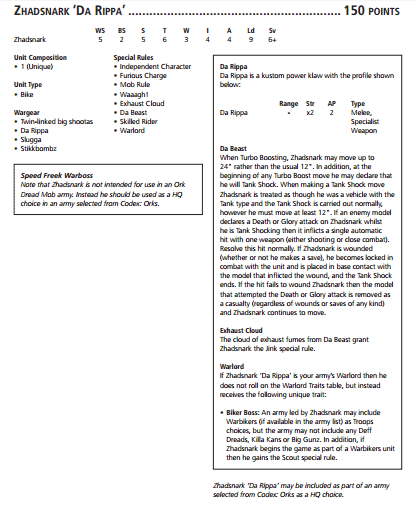 Note: Zhadsnark ‘Da Rippa’ may be included as part of an army selected from Codex: Orks as a HQ choice.

Biker Boss: An army led by Zhadsnark may include Warbikers (if available in the army list) as Troops choices, but the army may not include any Deff Dreads, Killa Kans or Big Gunz. In addition, if Zhadsnark begins the game as part of a Warbikers unit then he gains the Scout special rule.

So not only does he give them extra movement turn one, he also makes other Warbikers scoring as well.  Pretty good combo if you ask me.

The ITC even has a FAQ on this guy (and the Dread Mob Army List as well) staring on page 20 of their current document:

So he can benefit from multiple Waaagh! shenanigans from the new formations too it seems.

There is, however, only one small drawback to Zhadsnark’s awesomeness; that is whether he counts as a “warboss” or not for use with the new Ork decurion and it’s formations.

Get your very own Zhadsnark today from Forge World as this is the guy this model was made for : 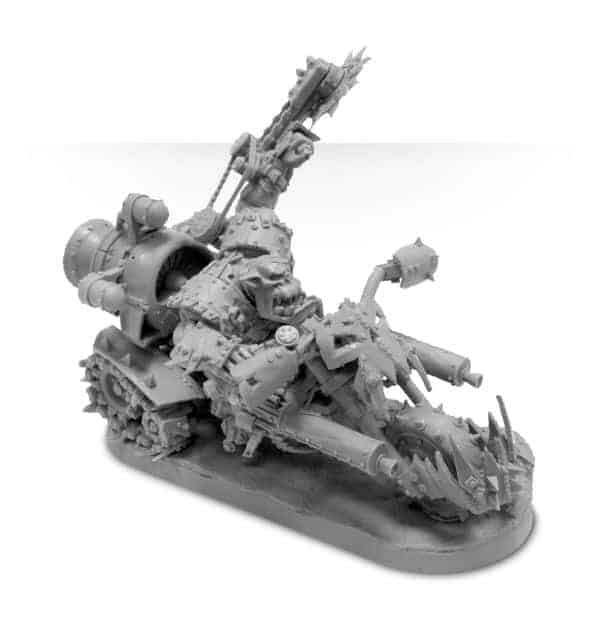 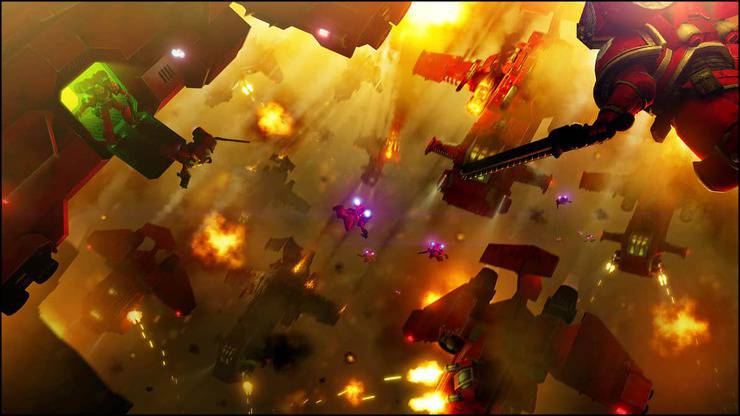 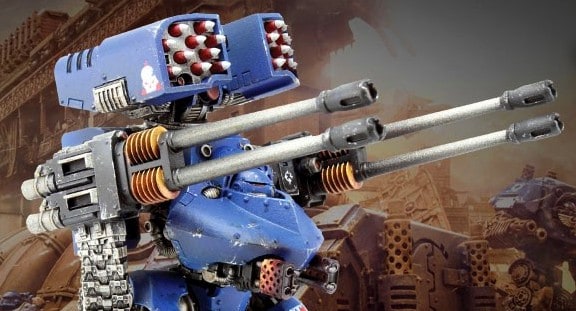 NEXT ARTICLE
UNBOXING – Wrangling the Deredeo Dreadnought »
If you buy something from a link on our site, we may earn a commision. See our ethics statement.