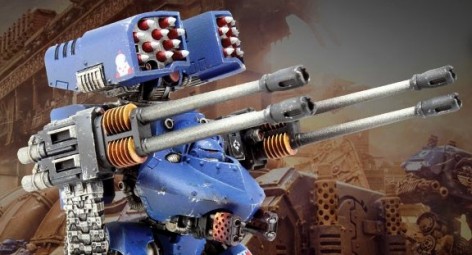 Come see the freshest little dreadnought for games of Horus Heresy, next to the hulking Leviathan; the Deredeo!

Today, I want to hit you with this super fresh release from Forge World. I got this in the mail a while back; when I say me, I mean a good friend of mine who let me show this off.

As for the model, look at this little guy, he’s so cute, I just want to tickle him. But seriously, he’s such a dope model I wish I could collect them all. (#Pokemon) 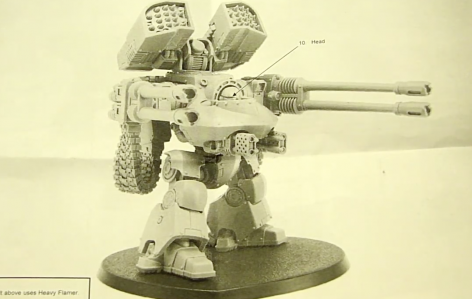 As you can tell by my hands, it’s a little bit smaller than you would think, but it’s still on par with the normal Contemptor size. So we got the two weapons that are currently available with it. 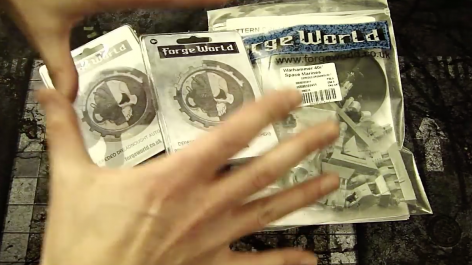 What I really want to show you right off the bat are some little tid bits that may hinted at another version that has already come out.

Here’s the instruction manual; you can see there aren’t a whole lot of parts; however, what’s important to point out are these two parts: 11 and 12, braced right foot and braced left foot and what that indicates to me, purely speculation of course, is that there may be other feet out there and if there are other feet out there well 1 +1 = maybe there’s another moving pose of this guy. 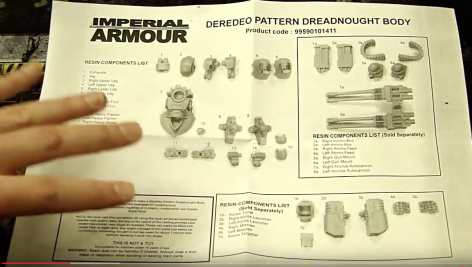 Another thing I want to note with this kit is that it’s not really, in my opinion, for beginners because when you look at the instructions you don’t get any specific ones for the weapon systems.

You may have to do some heating of the ammo feeds and it gives very precise instructions with it to which essentially boil down to: warm it up, shape it, and then glue it in place.

Now, I did an assembly recently of the Vorax in which you had to glue in one section of the feed into the weapon, but it was so long and it would bow and you had to flip to connect it into the ammo feed in the back of the model. That is similar to what you see here, but a little bit thicker – however you still want to be pretty careful with it.

Overall the model is a bit smaller than you would think, but it is still slightly bigger than a Contemptor; and it does comes on a bigger base like than the Contemptor. So it’s interesting to note that this guy has a bit of a wider stance, but a similar base size. 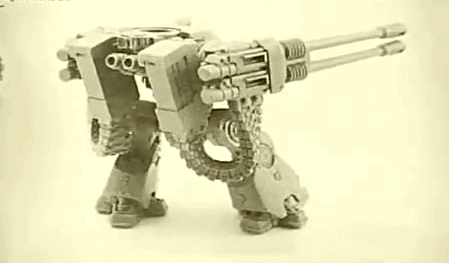 The kit comes with the shins, the heavy bolters and the flamers which go into the groin region, The feet which are actually rather large for a foot, of course the torso, a knee pad, a head, the exhaust, the hips, and finally there’s the torso section.

All in all, it’s not a big model it’s on a larger than 60mm base but that doesn’t take anything away from it in my opinion. It has a great level of detail, you can see all the studs, vents, wiring throughout the model.

You can also tell they’ve gotten a lot better at filling in some areas with the bits of spur guides where the resin comes in preventing air bubbles. Either way, however they’re doing it, they’re trying really hard to get this right and they’re doing a lot of work on the computer.

It’s a bit ironic that on these gates you see more resin on than what’s in the actual model. Of course, when you’re making a video game it takes a lot more to design a game than the actual disk itself, so you can apply that analogy here too.

The Anvilus autocannon battery, 48” S8 AP4 Sunder; (Sunder is re-roll armor pen rolls) which is actually pretty good if you think about it. I almost wish this came with ignore cover but Sunder is solid. As for the bits it self, it comes with the ammo feeds, the mounts that go on the side, the actual auto cannons themselves, and the ammo drums in the back.

You can see it’s going to need some heat work because these barrels aren’t straight and I’d imagine a lot of these won’t be so you’ll want to hone your bending resin skills before you start in on this kit.

We do have a video on the channel to show you how to bend resin.

I work like this and still accidentally burn myself on a weekly, if not daily basis (and I’m a so called “professional”), so please be careful when you work with extreme heat on your models.

Also in the kit is the Aiolos missile launcher, which I would think has something to do with the wind god or the wind spirits. The weapon itself is a Range 60”, Strength 6, AP 3, Pinning, Independent Tracking; which means it can shoot at a different unit that the Deredeo itself. I think it’s a good weapon system.

The part that slots into the Deredeo is about the size of the normal rhino turret, not as big the razorback collar, so be careful if you’re picking this up to do a conversion it’s a lot smaller than you would expect. But this would be cool to mount on a rhino chassis where the pintle mounted Storm Bolter would go to give it a fresh look.

It’s pretty much standard dreadnought stats but it’s front 13, side 12, rear 11. It’s 1 attack in close combat and 3HP. It gets Skyfire if it standstill. It comes with the 5+ invulunable shoot, 6+ in combat.

Stock 185 points and comes fully equipped with those two weapon system. It kinda sucks you have to buy the weapons separately because that’s the only way you can field the Deredeo at this time. That being said, dope model, super high quality and you can use it as a lot of things. It has a lot of conversion opportunity.

So who’s ready to add in some Deredeo into their 30K? 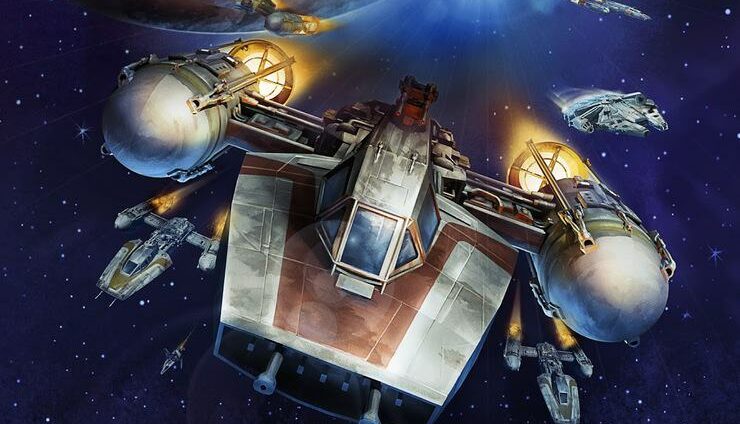 NEXT ARTICLE
Top 5 Lists: Guess Who’s Back On Top for X-Wing? »
If you buy something from a link on our site, we may earn a commision. See our ethics statement.