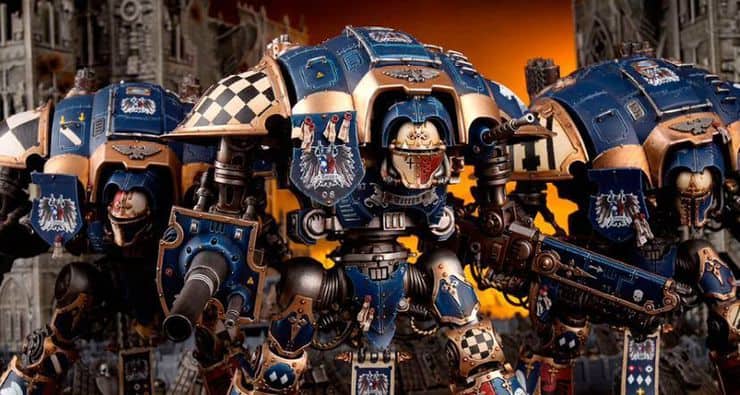 Everyone is slinging mud at each other and pointing fingers today over who said what about the new Knight box set. Come see what you need to know now!

First off Faeit along with some of the folks on Warseer reported that the new Knight box set was “Limited” . To be honest it looks like Games Workshop indicated that to their retail partners, however no where in their (GW’s) advertisements or on their website does it seem to indicate that to the consumer.

So where do we go from here? Well I would wager that if you don’t want to miss out on this sweet deal, pick up a copy as fast as you can, and maybe wait and see from there.

Remember folks, we don’t make the rumors, we just report on what’s out there. This is just a case of two rumormongers with different information going at it, both believing their info is right.  Here at Spikey Bits we just bring you what we’re seeing out there, and try to research it as much as possible with all the information that’s available (like below) to present you with the tools you need to make an informed opinion.

The official listing from GW with no indication its limited: Dominating the battlefield with their size and firepower, Imperial Knights are towering bipedal weapons platforms that hold no quarter in eliminating their targets – but like anything else, they are vulnerable to the dark clutches of Chaos. The Freeblade Knight once known as the Living Litany is an unfortunate example; nobody knows what truly happened to this once-valiant hero, only that it has renamed itself Litany of Destruction, and has been leaving a brutal trail of devastation in its wake. The Imperial Knight Ever-Stalwart has made planetfall on Tellerax Prime with one goal in mind – hunt down his fallen brother and restore the honour of the knightly houses, or die trying!

The screaming whirr of chainblades and the shriek of missile launchers herald the meeting of two gigantic engines of war on the battlefields of Tellerax Prime. When such powerful machines face off, only one will walk away – put yourself at the controls of an Imperial or Renegade Knight and march to glory with this boxed game! Inside, you’ll find two Imperial Knight miniatures (one Warden and one Paladin), with a transfer sheet to detail them as Imperial and Renegade Knights, a Sanctum Imperialis scenery piece for your Knights to engage in fierce combat over, and an eight-page booklet containing rules and missions for the game, and rules for deploying the Renegade Knight in games of Warhammer 40,000!

And Archibald_TK chimes in with more:

But first let me give you some unrelated info, just because if I post them here people will be forced to see them: The Imperial Knight Renegade game is labelled in our mails as “While Stock Lasts” and when I did my order my rep confirmed that all versions including the English ones are limited. Which means that when available stocks will reach zero you won’t be able to order them anymore in both independent stores AND physical GW stores. Whether it will stay available online is another story. (Oh and Btw the Renegade Knights rules are not in the next WD).

Either way, don’t miss this one folks!  It’s rock’em sock’em robots, on the tabletop! 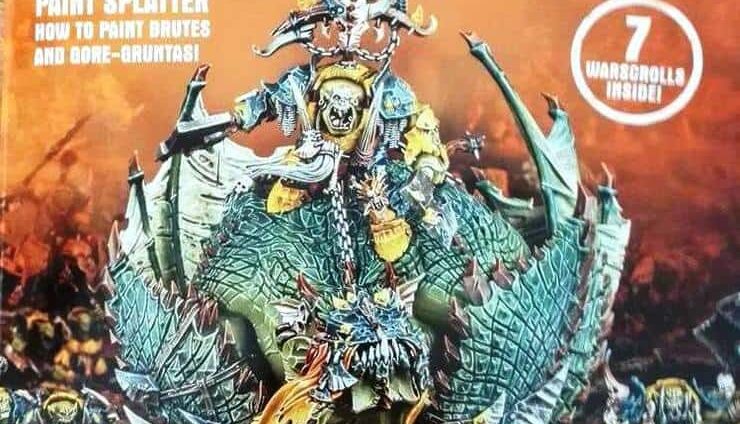 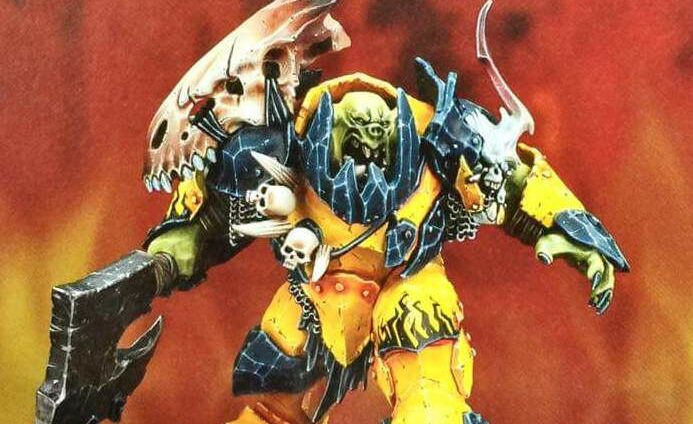 NEXT ARTICLE
Seven New Warscrolls for the Orruks – SPOTTED! »
If you buy something from a link on our site, we may earn a commision. See our ethics statement.