Word Bearers Tell No Lie – Summoning the Hobby Back 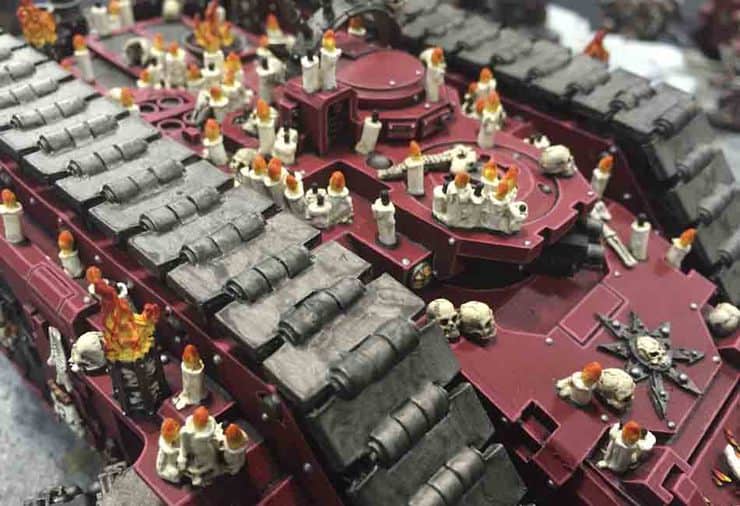 These Astartes don’t lie. Come see how one 30k Word Bearers player is bringing the hobby back, summoning style!

This World Bearers, by Ryan Kimmel of Martinsville, Indiana, is taking the hobby factor to warp 9 at this years Adepitcon. 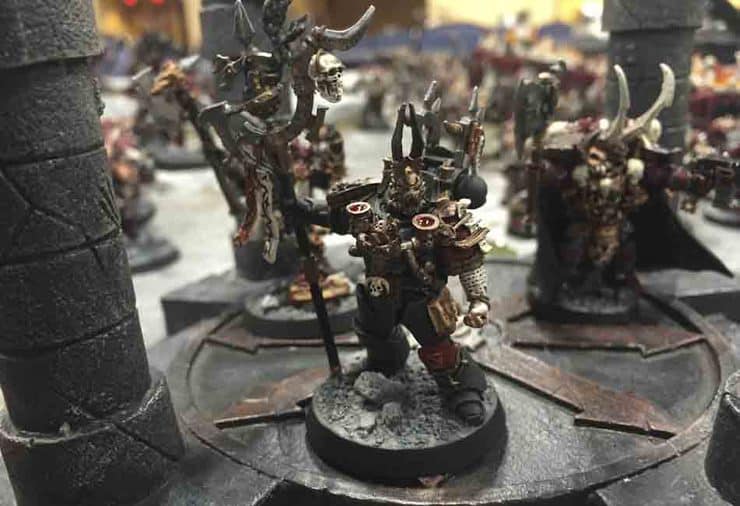 “This Army is basically the Calth invasion wave led by Zardu Layak,” Kimmel said, ” These guys were so corrupted by the time they got to Calth that they had to be kept out of sight from the Ultramarines.” 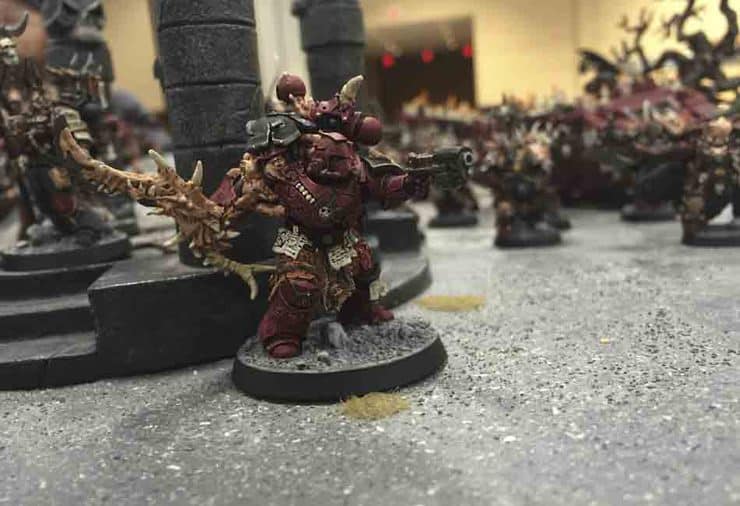 Corrupted is certainly the word for these amazing World Bearers which where made, at least partially, by using the Dark Vengeance kit and a whole lot of converting. 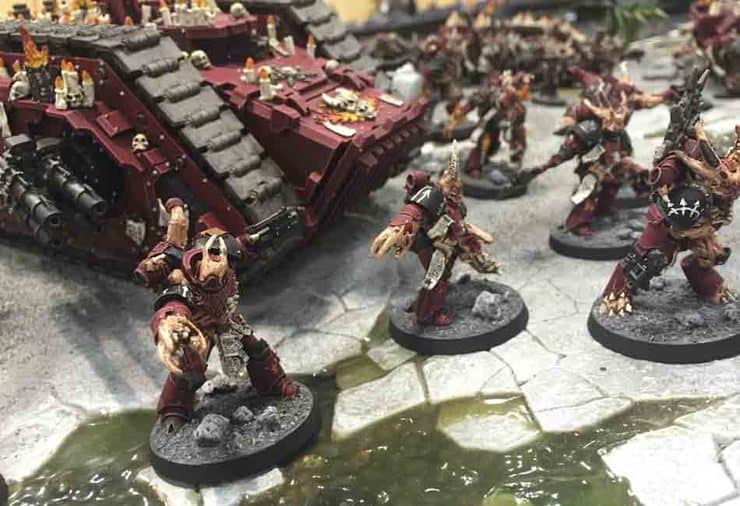 “I didn’t think forge world made models to represent these tainted space marines. I had to go in and chop a lot of arms off.”

The work however was well worth it in the end because Kimmel said his army is one that people love to hate.

“They’re such good bad guys. Bar none the best bad guys; they make a great troll army,” Kimmel said with a smile, “The Army drags emotions into the game in a good way. People are excited to kill them and they’re also bummed to be killed by them.” 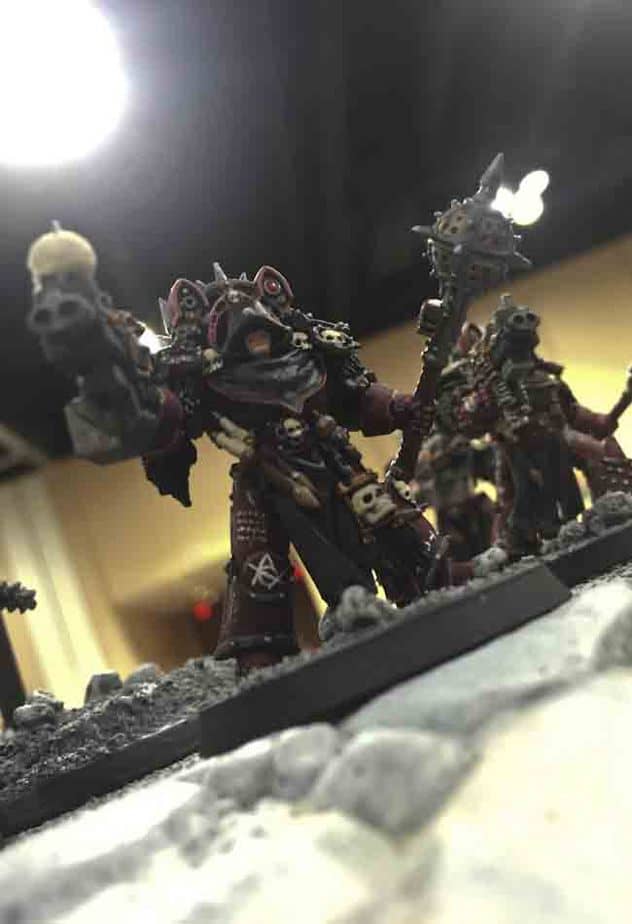 Kimmel said that one of the features that really set’s a World Bearers army apart is that it’s the only Hersey Era army that can summon Daemons. A feature that Kimmel didn’t just skimp on either, bringing a full compliment of great looking, brush painted, demons including the Great Unclean One. 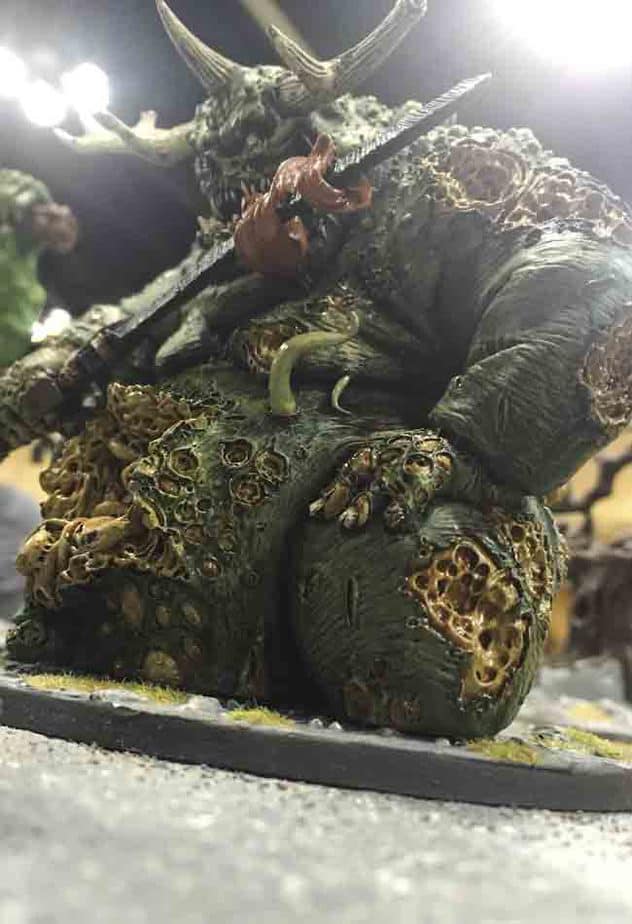 “I like that dirty tricks, like summoning, fit in so well with this armies theme; it’s what they did in the book,” Kimmel said, “They started killing people and summoning demons to destroy Calth and then they tore a hole in reality to escape.” 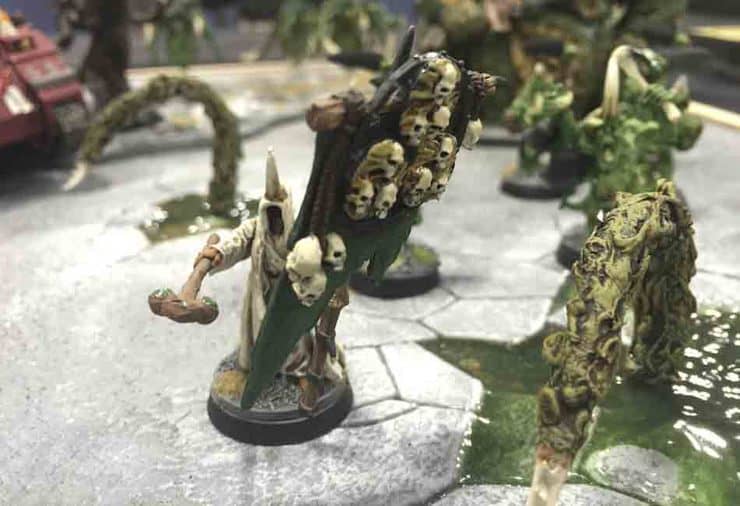 The alter theme was one that can be seen throughout the Army. Kimmel used Candles are from Tabletop EU to make the vehicles look like rolling Alters. “They did the rhino doors, all the candles. The skulls and bone are from Secret Weapon miniature.”

Kimmel said that the weak point in his technique has always been freehand. However, for this army he made it a point to add freehand to every model. From script to icons the models are not lacking in the personal touch department. Kimmel said his skill in freehand certainly improved over time. 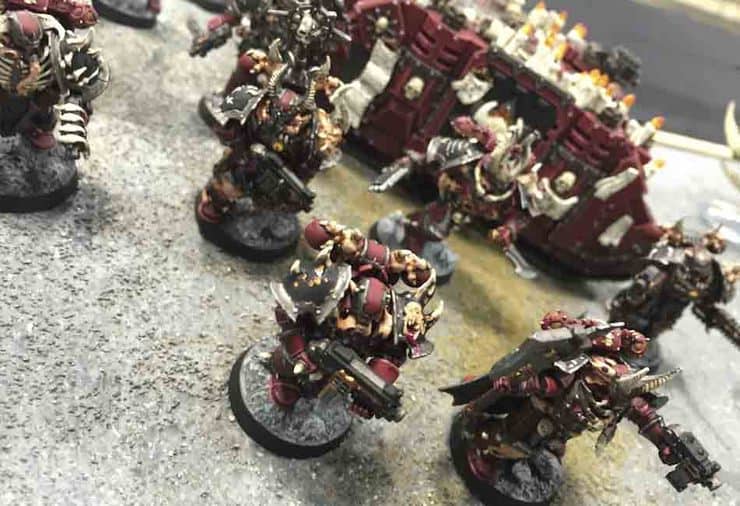 ”I used Army painter brushes, a combination of precise detail and insane detail. I know there are other brushes out there that perform well but for the money I don’t think Army Painter can be beat.” 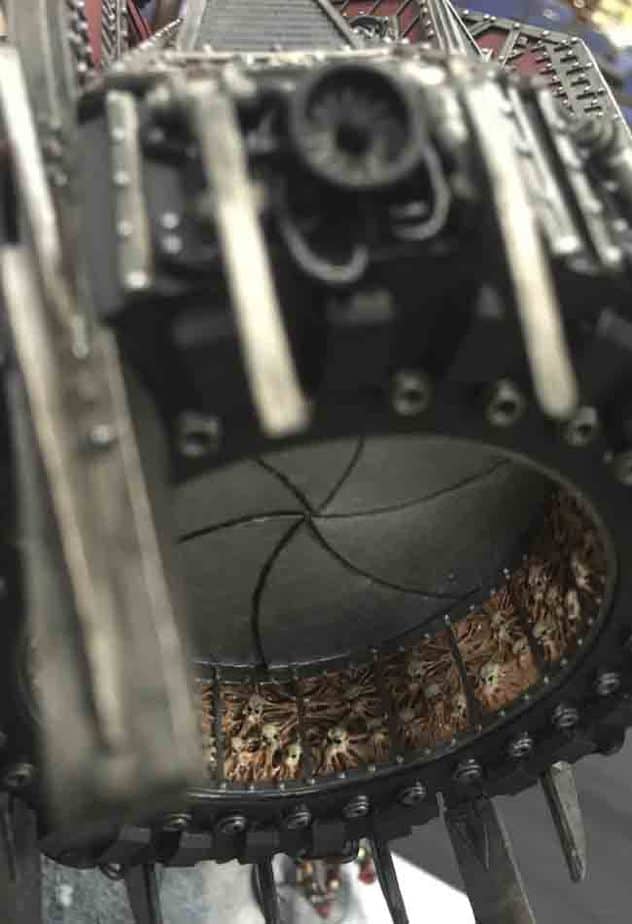 Kimmel said that he’s enjoyed seeing his painting skills improve over time, “I still have models from 1993 that look like Garbage but whatever, I can see how much better I am today and I think that’s really cool” 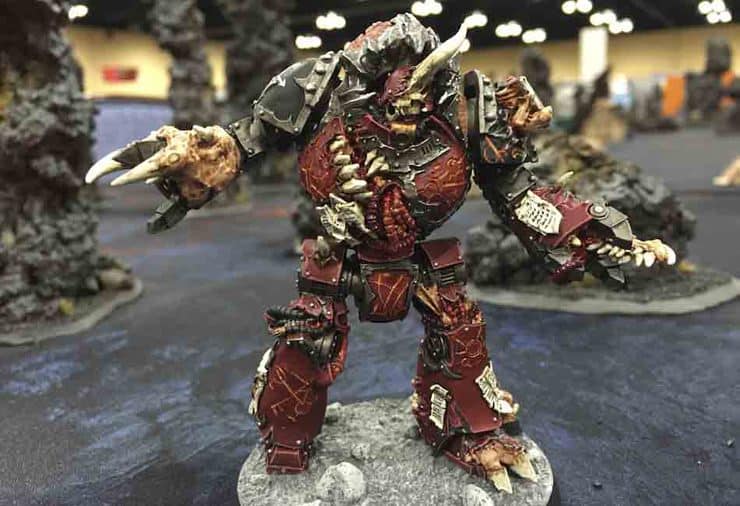 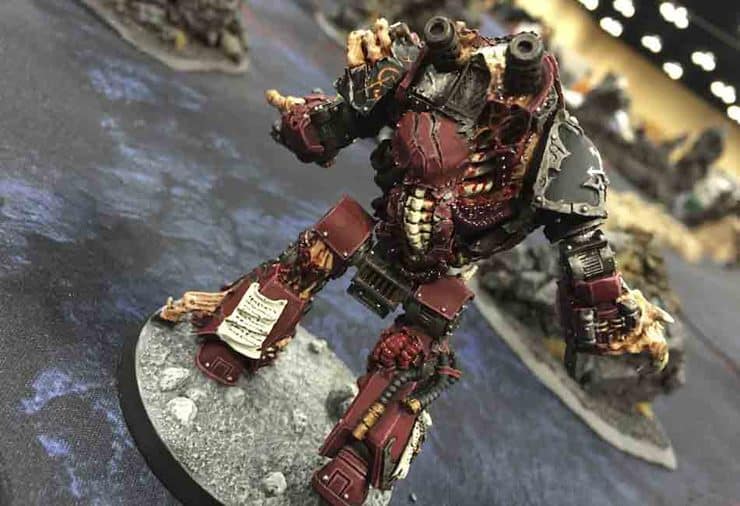 Fact: That is really cool.

NEXT ARTICLE
Defilers of The Galaxy – Daemon Prince & Friends »
If you buy something from a link on our site, we may earn a commision. See our ethics statement.