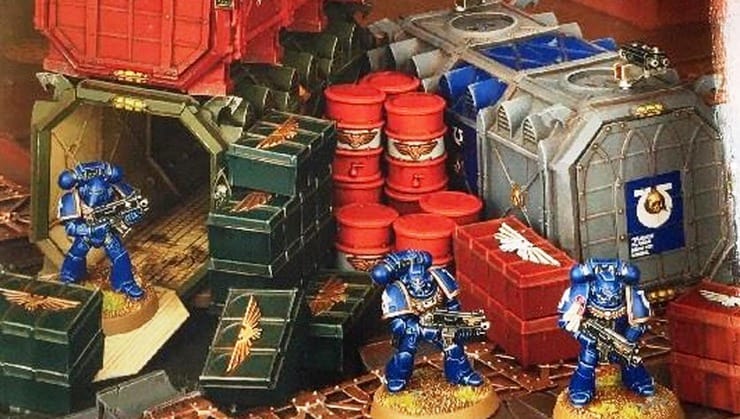 Checkout the HOT new 40k rules for the upcoming Citadel Armored Container terrain kit that some folks have already got in the mail! Come see the latest.

A new kit for 40k was spotted monday  in an eBay listing weeks before it is set to release, and an industry insider tells Spikey Bits that this new kit was to retail for $33, and will indeed have rules.  It will also contain the following components :

Furthermore all new terrain kits and sets will come with rules datasheets moving forward (just like how existing terrain already has datasheets in the BRB and Stronghold Assault).

Now from the images we found on eBay, they seem to support most of this: 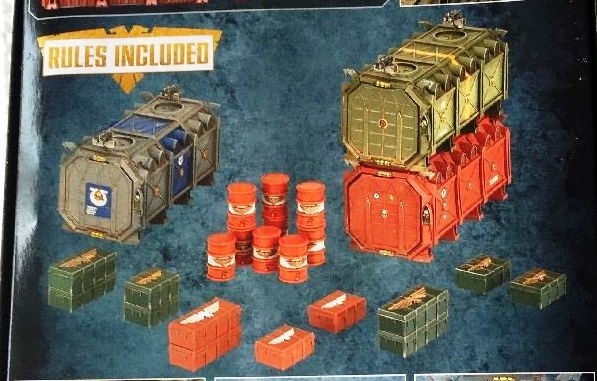 Lucky hobbyist Craig Sargent received his set in the mail today, and though he would share with the rest of us. 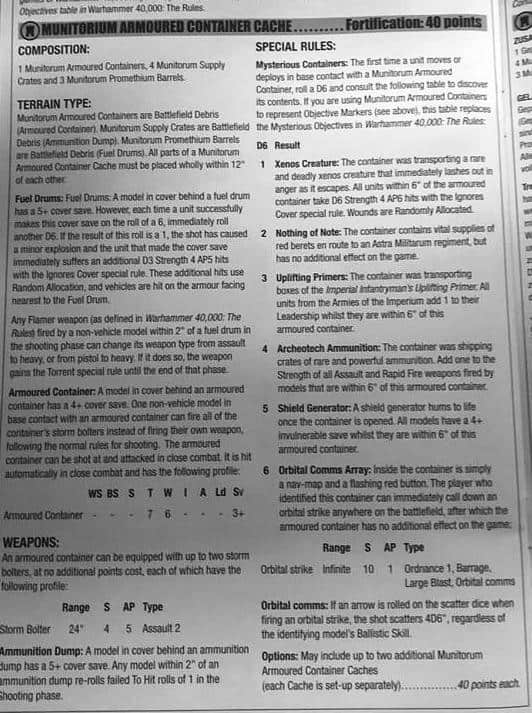 It’s the ultimate case of WHAT”S IN THE BOX! Plus some other fun terrain rules thrown in too, but it does not look like these are “terrain”. So no teleporting around the battlefield in shiny new metal bawkes. 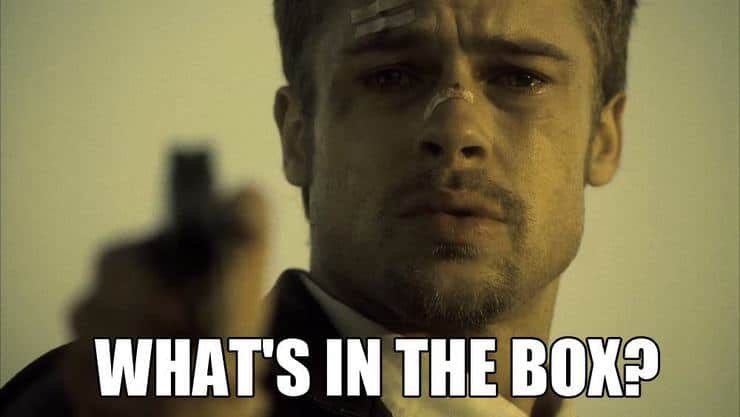 Either way, the new kit looks to be super fun and a great addition to tabletops everywhere for years to come! 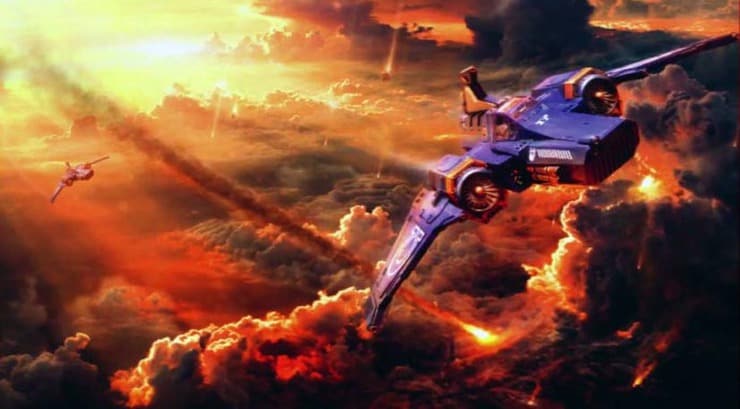 PREV ARTICLE
« Should YOU Play It? 30k’s Xiphon Interceptor

NEXT ARTICLE
U-Boat Killers: Star Wars X-Wing Battle Report »
If you buy something from a link on our site, we may earn a commision. See our ethics statement.