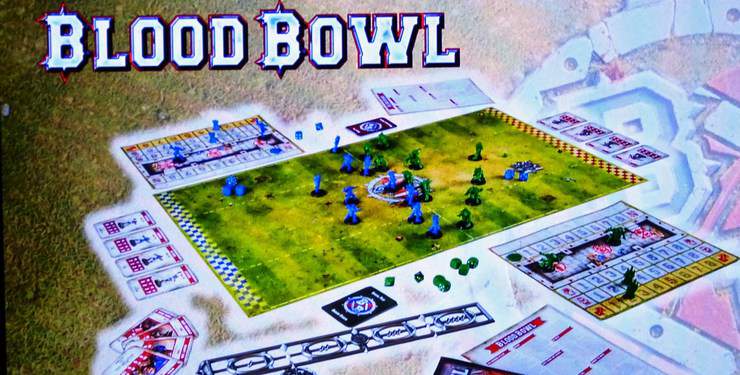 Blood Bowl is BACK! Get in here and checkout the new 2016 version of Blood Bowl, and what’s changing with this fan favorite game!

Guess how many changes they’ve made to the new Blood Bowl: ZERO! Wow the classic is still that good after all these years. Get all the details below: 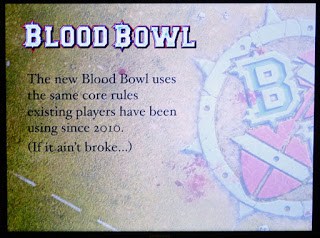 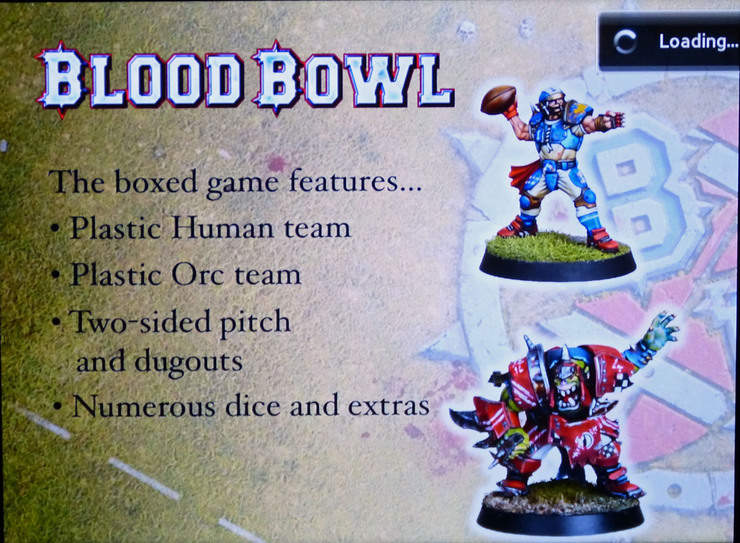 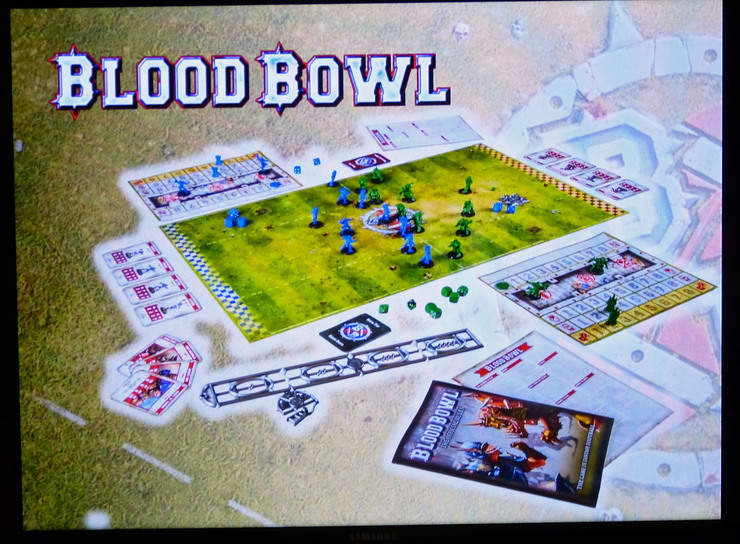 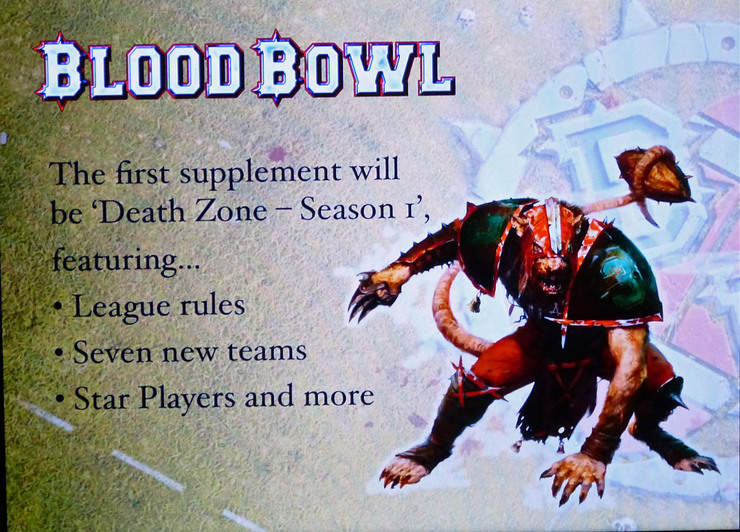 I will do a few posts covering today’s event, starting with Blood Bowl…

Had a number of conversations with the team, especially Andy Hoare who put up with me going back about four times (though one conversation was mainly to do with Adeptus Titanicus). Thankfully he is a man with a lot of patience.

First up what I can remember:

The release is hoped to be end of the year.

Box set contains the first two teams, Orcs and Human in plastic.
The pitch is double sided with a Human pitch on one side and an Orc pitch on the other.
The rules have not been changed, they are the rules which has been around for a while now.

In total there will be six teams in plastic (Human, Orc, Skaven, Elf, Nurgle and Dwarf). Other teams will follow in resin. There is also likely to be resin conversion sets.

There will be more pitches which will also be double sided (Dwarf/Skaven & Elf/Nurgle) with more possible later including tournament specific ones.

They are looking at neoprene pitches but as yet they don’t know, it comes down to cost and if they can get them in large enough quantities and other factors but it is something they would like to have.

Several expansions are mapped out including the first one covering seven more teams and league rules.

If all goes well Dungeon Bowl will also see the light of the day. 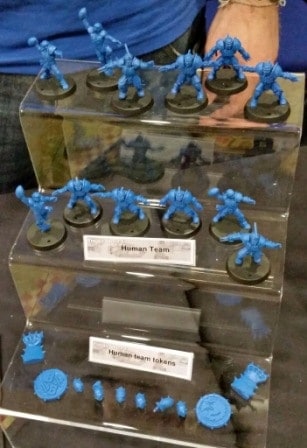 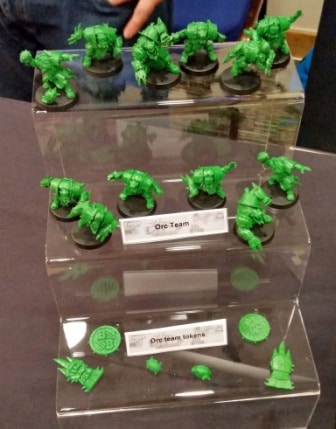 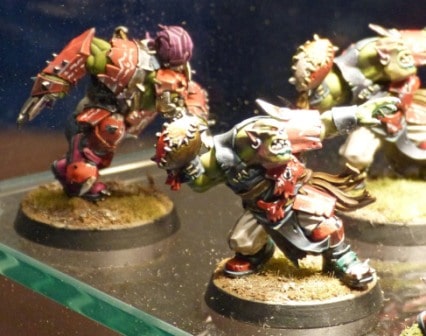 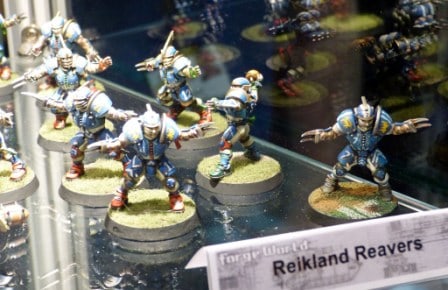 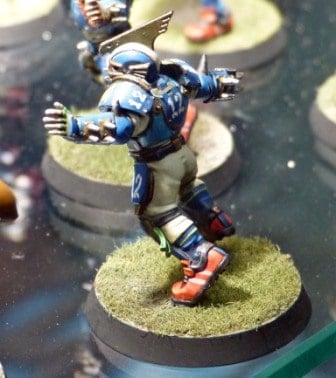 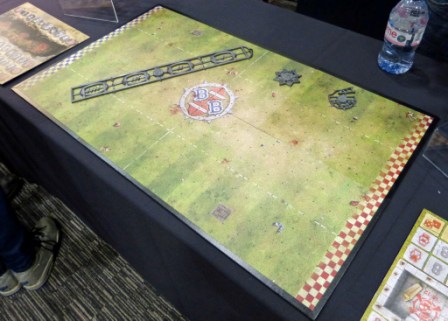 I think it goes without saying that Blood Bowl is still played today, and is still a HUGE fan favorite. A new edition can add more energy and players into a game that’s easily been a staple of games stores for the last 20 years.

Checkout all the pictures form the event below

NEXT ARTICLE
RUMORS – No More Horus Heresy Plastics? »
If you buy something from a link on our site, we may earn a commision. See our ethics statement.