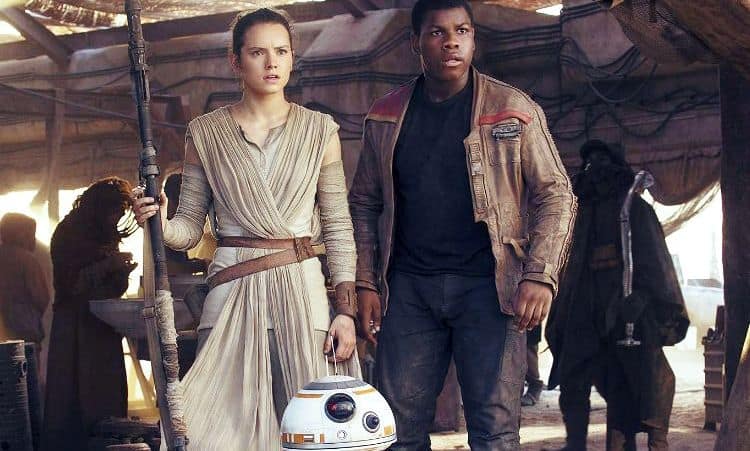 Today we will be previewing some great X-Wing builds featuring the Rey and Poe’s ships from the Heroes of the Resistance expansion.

Let’s take a look at what new tricks these ships have in store for us! 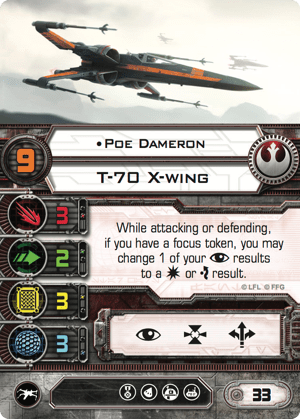 The new Rebel Ace is Poe Dameron! Wait, didn’t we already have Poe? Yes but this time he is back with a new paint job, new pilot skill, and new points increase. Poe is now PS 9 and is 33 points, just a slight bump from 31. He comes with a new title for his T-70: Black One. This title allows you to remove 1 target lock from a friendly ship at range 1 after performing a boost or barrel roll.

This synchronizes well with BB-8, Poe’s trusty Astromech droid. With BB-8 equipped, Push the Limit allows Poe to perform 2 actions and shed his stress when using BB-8, all the while removing a target lock from a friendly ship. This is crazt god and helps to form Rebel squads that love to fly in formation. A sample build for Poe might look like this: 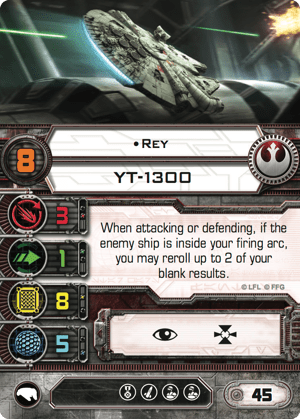 Rey comes blasting onto the scene in this expansion and her pilot ability is quite amazing. When attacking or defending, if the enemy ship is still in your firing arc, you may reroll up to 2 dice. This seems like a trend that was started with Dengar. Large turret ships seem to care about there arcs more with these amazing abilities that allow them to react to enemy fire. The newest Millennium Falcon title will definitely come in handy for Rey. 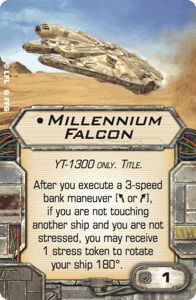 After you execute a 3 speed bank maneuver if you are not touching another ship and you are not stressed you may receive 1 stress token to rotate your ship 180 degrees. This is amazing! Just like in the movie, Rey seems to be able to outmaneuver the best ships out there. And her pilot ability will come in handy when she keep the enemy in her sights. A sample build might look like this:

How would you build these new ships? 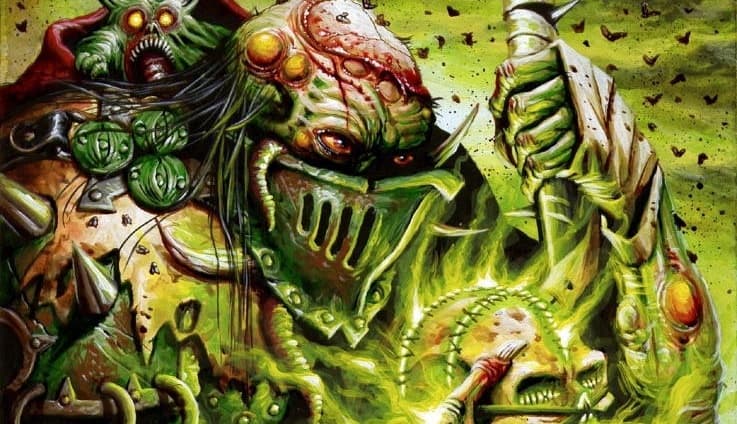 NEXT ARTICLE
A Legend Retruns to Print – Chaplain Cassius Limited Edition »
If you buy something from a link on our site, we may earn a commision. See our ethics statement.