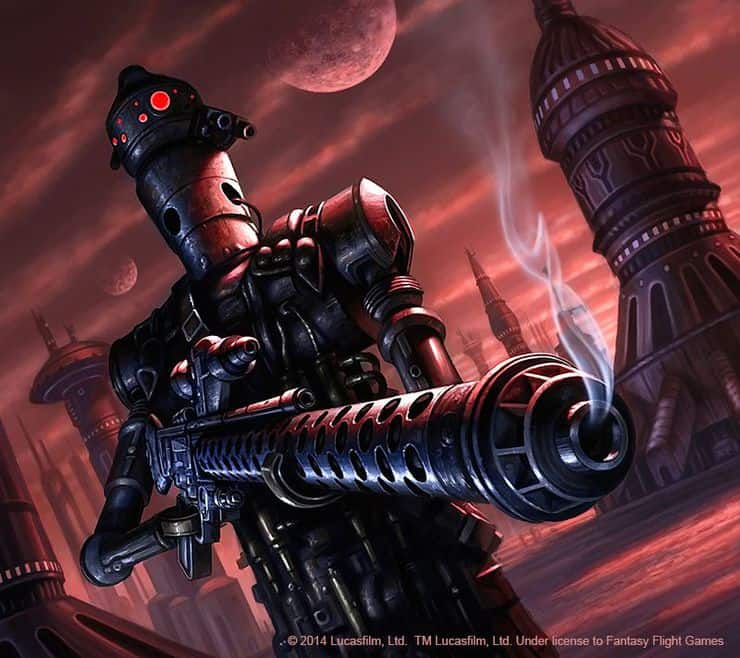 Heads up Scum fans, we have a new Brobots list that we think you should really try! Featured in this list is IG-88C and…Boba Fett. Trust us, this will be an epic list!

Everyone’s favorite murderbot, IG-88, has been a Scum favorite in the past and he is about to get even better. With the new IG-88D crew card, more possibilities are open to experiment with. 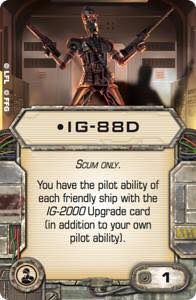 This crew card allows you to pair other ships with the IG 2000 title for some truly scum worth shenanigans. One of my favorite Boba Fett builds would go perfectly with this new crew upgrade. Let’s get a quick rundown of the list. 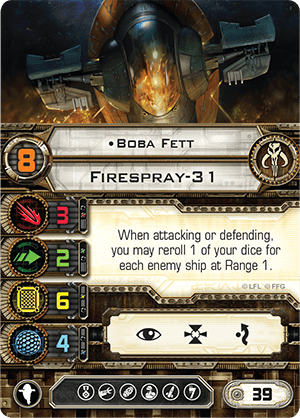 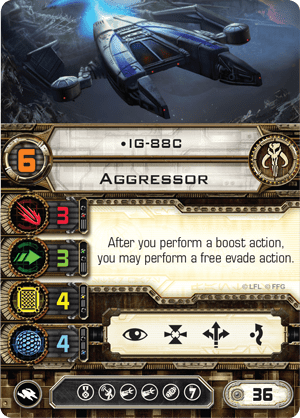 This list has some hard hitting attacks, paired with super defensive action economy. Boba loves to be at Range 1 and his Engine Upgrade helps him get there with the boost action. As you may well know, IG-88C gets a free evade whenever he boosts, and since the IG-88D crew card allows him to share his pilot ability with Boba, he can get a free evade as well! That’s awesome! The hard to kill Boba just got even more tanky!

Seismic Torpedoes was just a fun addition to try and mess with the enemy as well as clear the way for 2 large based ships. Nothing worse than landing on an asteroid at range 1 of the enemy. Go forth my Scum friends and try this new list and see if the will perform their duties worthy of the nastiest bounty hunters in the galaxy!

NEXT ARTICLE
New Blood Bowl Rules & Demo Game! »
If you buy something from a link on our site, we may earn a commision. See our ethics statement.