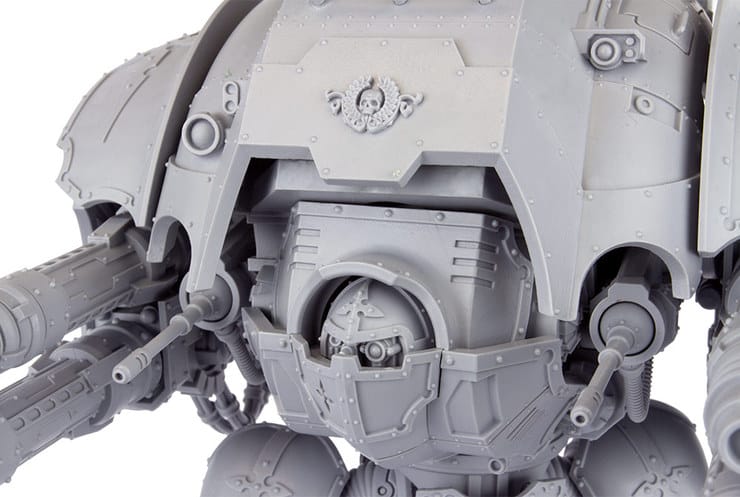 Come see the teaser for the newest Knight titan that will go on sale soon from Forge World. The King of the giants is coming to lord over the other classes!

In Greek Porphyrion means King of the Giants, and as you can see he is definitely the king of the Knights from both Games Workshop and Forge World for sure! 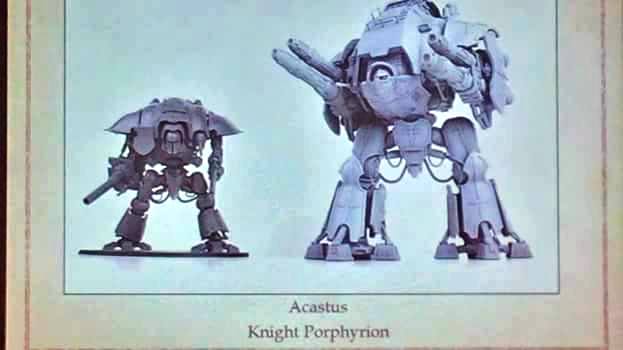 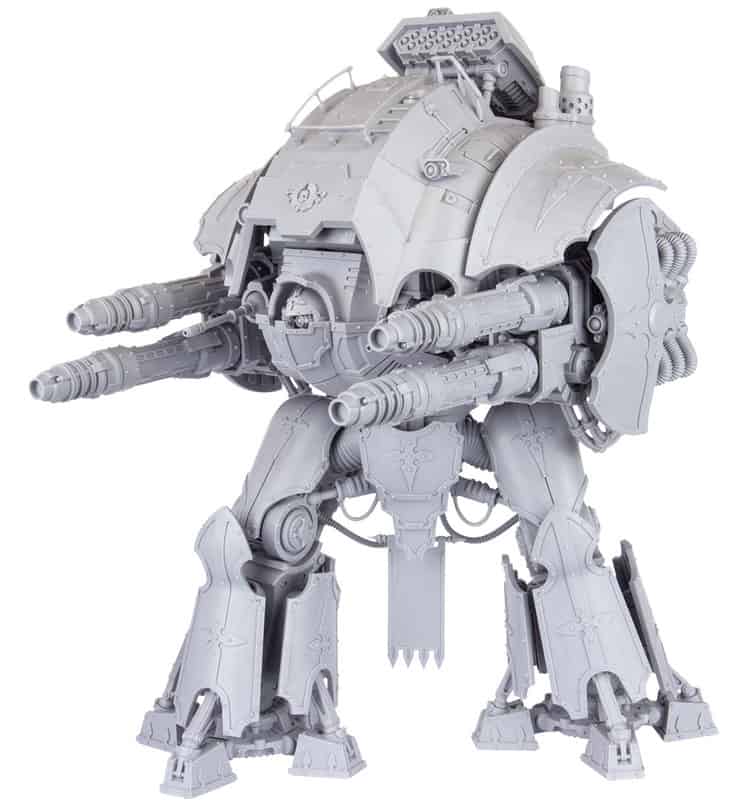 This juggernaut of iron and firepower is the Acastus Knight Porphyrion, and he’ll be striding his way across the war zones of the far future very soon.

While we’ve take this handsome fellow to shows in the past, we realised we’d never given him a proper show on the Forge World bulletin, so it’s high time that was put right. 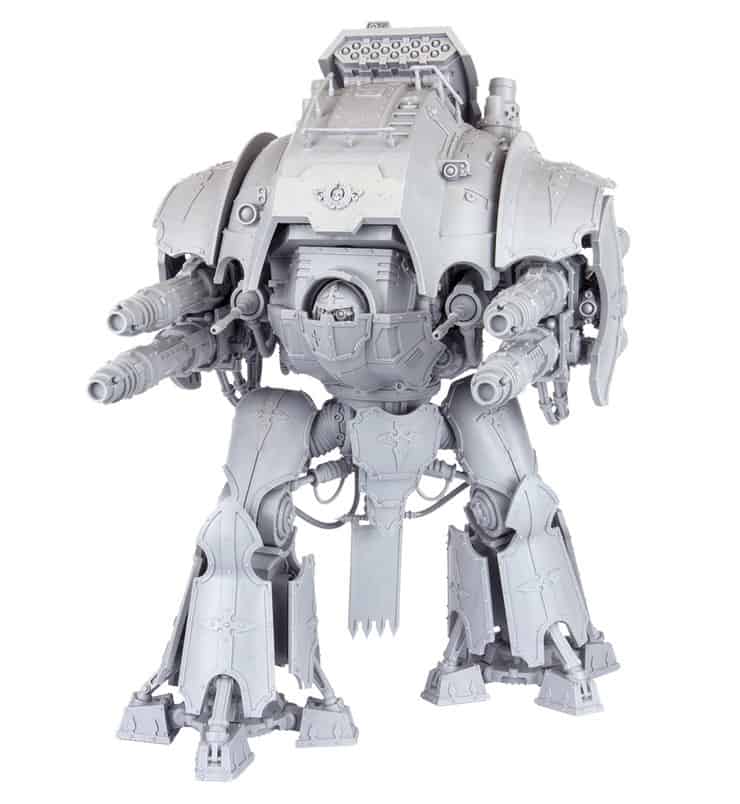 As you can see, he is considerably stockier and bulkier than the existing Knight classes. This guy will not be running at enemy formations attempting to grind them to bloody slurry with a giant chainsword.

Instead, the Acastus Knight is equipped with firepower to rival a small titan. With its two twin-linked Magna-lascannons, the Acastus stands ready to obliterate any armoured foe, while an Ironstorm battery of missiles allow it to simultaneously blast infantry to oblivion.

And there are a couple of autocannons on there too… just to be sure.

Get ready to click add to cart for this big boy for Forge World VERY soon! 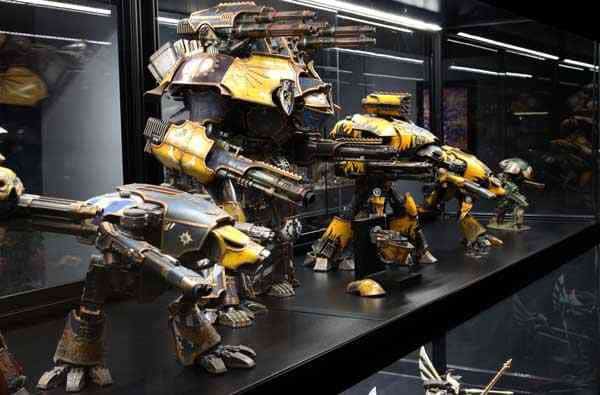 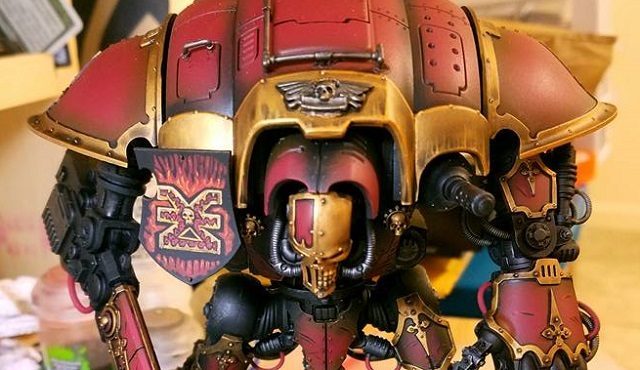 NEXT ARTICLE
Knight of Khorne – Army of One »
If you buy something from a link on our site, we may earn a commision. See our ethics statement.