The Most Badass Sister Ever? – Ephrael Stern LORE 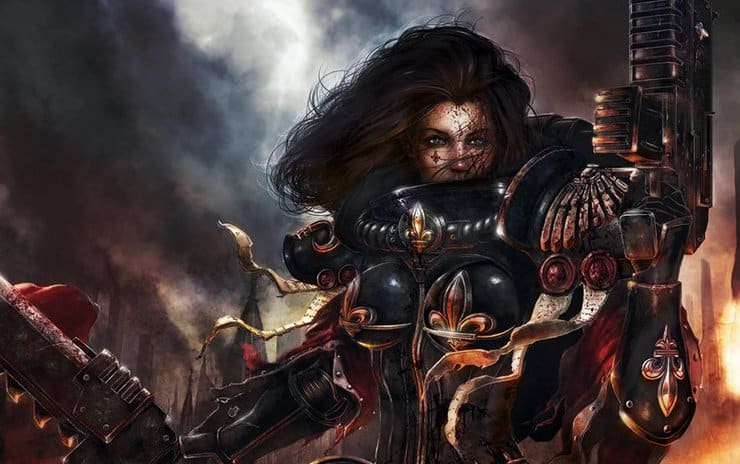 Gaining rank of Seraphim in record time, surviving imprisionment, and killing an assassin posessed by Daemons, Ephrael Stern truely is a badass!

Sister Ephrael Stern, also known as the Thrice-Born, was promised before birth to the Sisters of Battle, and raised at the Saint Sabbat Schola Progenium on the planet Antigone’s Harbour. She was submitted for consideration by the Arch Drill-abbot of the school and was accepted by Sister Patricia from the Order of the Holy Seal. 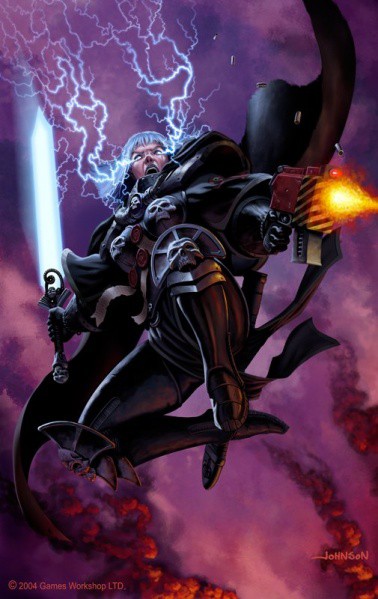 Sister Stern excelled as a novice, and took her Oaths of Adherence together with five hundred other novices at the Ecclesiarchal Palace on Terra. She was chosen to join the Order of Our Martyred Lady. After this she was stationed on Ophelia VII where an exemplary service record led to her being elevated to the rank of Seraphim in record time. Three years later she was ordained as a Sister Superior. 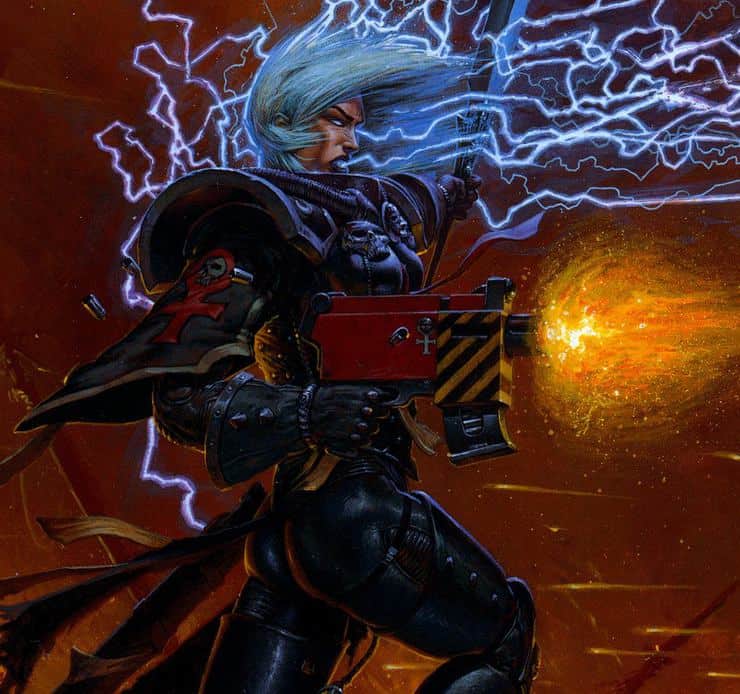 After this she was sent to the world of Parnis for an investigation into the lost convent of the Orders Pronatus. There, the lost convent had been shaped into the Screaming Cage by the once-imprisoned demon they studied, their bodies and minds linked so that their suffering would be shared, but inadvertently their faith was shared as well. When Ephrael Stern fell in battle while free of the taint of chaos, the 700 souls saw their chance and used their combined might to heal her, strengthen her and make her faster, and pour their knowledge into her. Only Sister Stern returned, the sole survivor of the forces sent there, with her sanity stretched to the limit.

For four years she was held in a cell in the Convent Prioris on Ophelia VII so that her nature could be determined, until she was attacked by a Sister controlled by a chaos demon to silence Stern before that could happened, who Ephrael attacked and killed with her bare hands, setting events in motion once more.

The Inquisition sent in Inquisitor Silas Hand to investigate what happened on Parnis, taking Stern with him. During this investigation the Sisters in the Screaming Cage finished their work and poured the last of their secrets on how to fight chaos as well as their power into her. Inquisitor Hand sacrificed himself to defeat the demon Asteroth, and once again Sister Stern was the sole survivor of the expedition.

Stern is hunted by the Ordo Malleus as well as chaos powers such as the sorcerer Ahriman, who she died a second time to escape from, stabbing herself in her heart to escape his grasp. Buried, she was revived by the gift given to her by her fallen sisters, a light of the warp but not of the warp, a second and final time, Ephrael finally embraced her power and using them freely, defeating even a Culexus Assassin, overwhelming it’s abilities with her own.

Ephrael Stern was last seen traveling with an Eldar known as the Pariah to the Black Library using her abilities to access the webway. Though the Ordo believes she presents an extreme danger to the Imperium, and has issued orders for her destruction, some members of the Ordo think she might be Mankind’s greatest hope since the Primarchs.

Find out more about Ephrael Stern

PREV ARTICLE
« Find…Consume…Break for Tea? – Army Of One 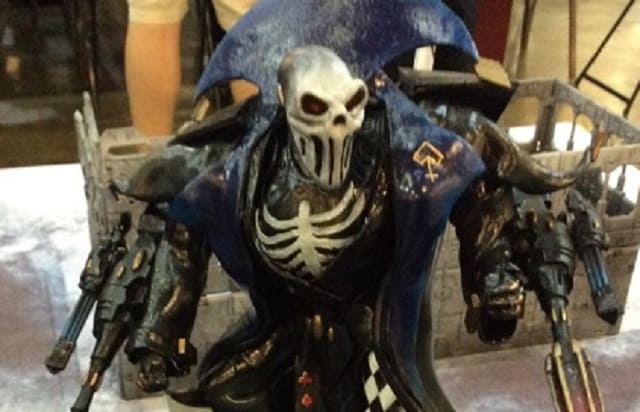 NEXT ARTICLE
Jack-O-Ween Eldar: Armies On Parade »
If you buy something from a link on our site, we may earn a commision. See our ethics statement.