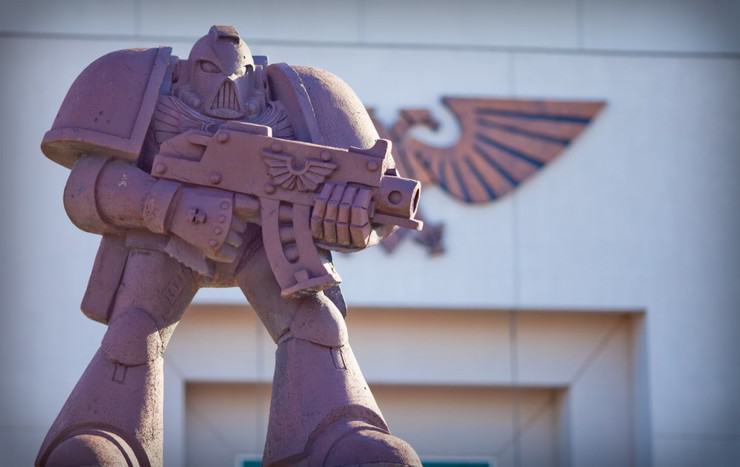 Checkout the shiny new promotion Games Workshop is bringing to America in 2017 that’s aimed at getting new hobbyists stuck into the hobby.

We reported on the new set of player rewards cards from GW called Citadel Crusader back in November, and now it looks like this swanky foiled out promotion is coming to America in 2017.

Update: We have confrimed this news. See sources below.

Several retail sources have reported to Spikey Bits that the program will be rolled out in North American GW stores in 2017, and will be promoted at the local (store) level. So that means you won’t see big Facebook or Warhammer Community page coverage of this, as the folks it’s aimed at don’t even know about those channels yet.

Games Workshop also pans to expand the set below with additional cards in the future as well, perhaps as new campaigns and releases launch through the year? 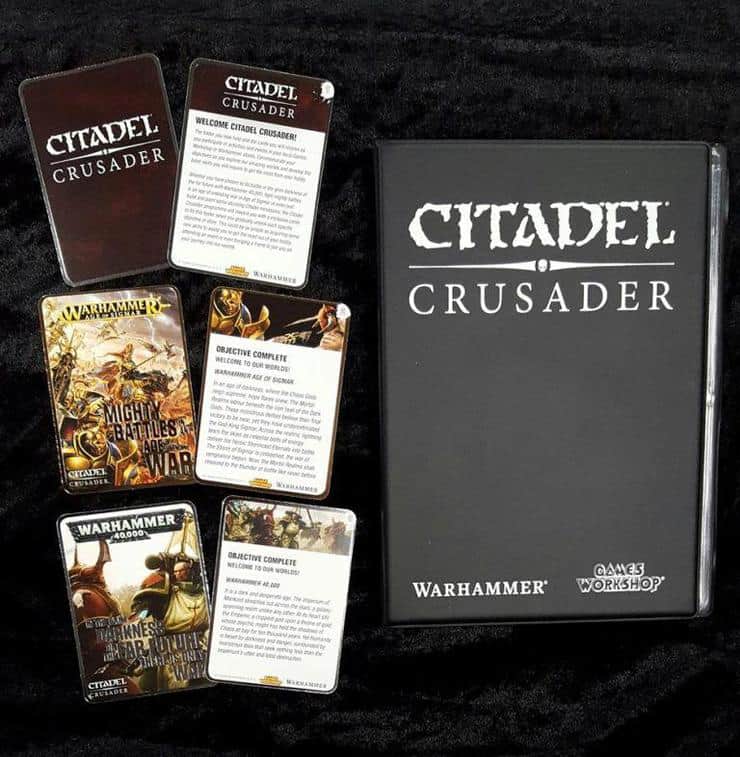 The Set it self comes in a 4 page binder, and consists of atleast 13 intro cards that players can collect for participating in various in store hobby activities.

Your collection starts here! When you get your Citadel Crusader folder, it includes the first three cards in the set – Welcome Citadel Crusader, and two Welcome to our Worlds cards, for Age of Sigmar and Dark Vengeance. These cards represent the first steps in the Warhammer hobby, learning some of the history of our worlds.
The Crusader cards are all about celebrating your hobby progress, so let’s look at the first cards and what you have to do to add them to your collection!

There is a card for everything almost:

Card 4, The Age of Sigmar. This card is earned by taking part in an introductory game of Warhammer Age of Sigmar, taking your first steps in commanding warriors in the mighty struggles of the Mortal Realms. 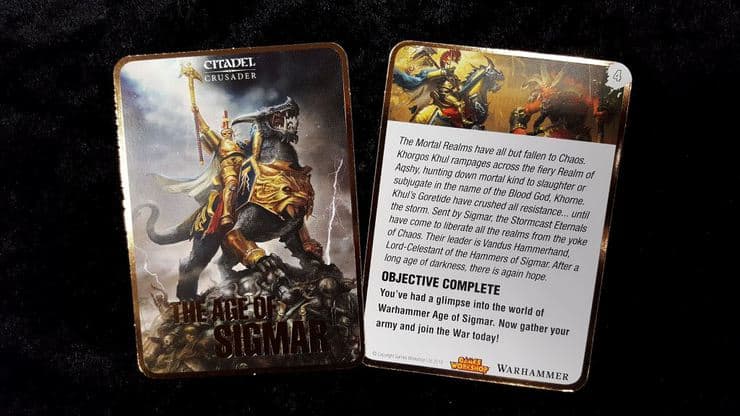 Card 10, Armies On Parade. Once per year, we host the worldwide event Armies On Parade, where literally hundreds of thousands of models are put on display in Games Workshop and Warhammer stores. Each hobbyist who enters can claim this card to celebrate taking part! 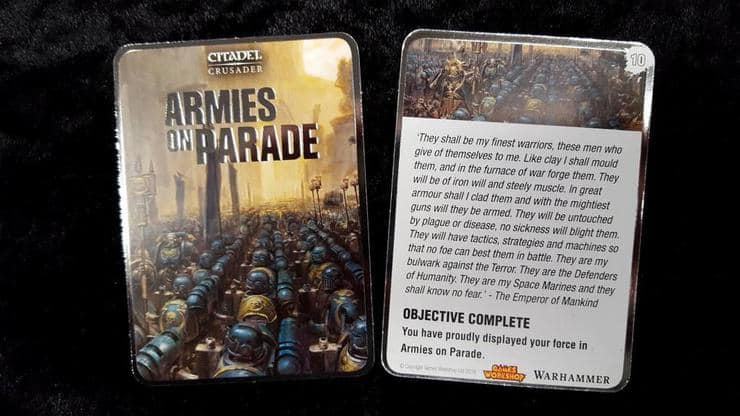 Card 13, Heralds of Heldenhall. Like the God-King’s Blessing, this card can only be earned once per year – on the anniversary of the store itself! 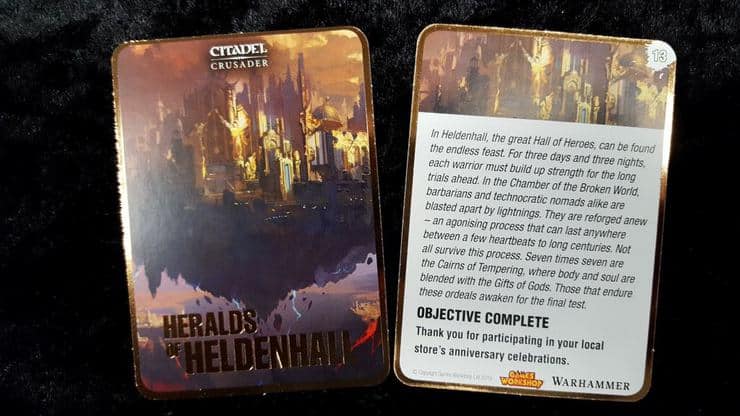 Pretty neat little way to entice new folks into the hobby for sure. Between this and the new Battle For Vedros units I would expect there to be a ton new hobbyists world-wide this holiday season.

And here’s the manager of what used to be the GW Battlebunker in Maryland confirming the roll-out of this new “shiny” program!

Washington State’s Freeway V has also confirmed the roll out of the program in the States:

Citadel Crusade is a new collector card system that lets you earn the cards for participating in events in store.

There are 13 cards to start and a cafe to hold them. Come down and see what they look like.

Looks like the promotion has arrived here in Amerirca and as reported thus far is only being promoted on individual Warhammer store’s social medias, and not the main Company pages thus far.

Checkout the rest of the collector cards and find our more below: 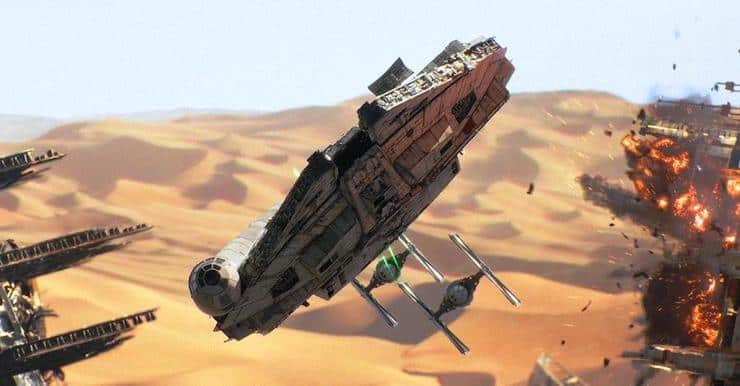 NEXT ARTICLE
New Mechanicum Exclusive Revealed for 2017 Open Day »
If you buy something from a link on our site, we may earn a commision. See our ethics statement.