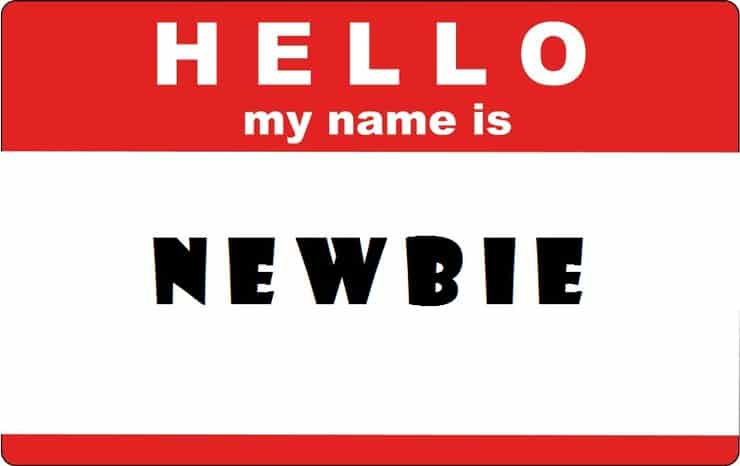 Catch up with Travis as he delves into his week 6 adventures of starting the Privateer Press hobby with Warmachine and Hordes!

Week 6 went by and I knew I would miss the final match of the journeyman league, which was a little disappointing.

The shop had an event where everyone got together and played a game as the top 4 teams played. They then had a championship round. All the while there is the painting competition that was going on, and the owner of the store offered to order pizza assuming people wanted to chip in for it. I guess they do a league like this every few months so hopefully I will have time to re up next time they have one, in the meantime I am on the Facebook page for the group, and there is usually a person or two around on Friday’s or Saturdays looking for a game.

So let’s talk first impressions, pretty good and I would definitely be willing to play in games of it as well as get other players into the system. The players for the most part were friendly and more than willing to slow the game down a little while I asked for clarification on this or that. Also the get starting box is great way to get beginners into the game, with scenarios covering the basics which is very helpful.

The downsides to the beginner’s box is first I wish they had included a different color die with the 6 they provided for roll damage table. Second I wish they had included instructions for putting the models together as well as figure out a way to move beyond the bases with the holes in them, just not a fan. Finally I wish they included a measuring stick like you get with the GW starter sets (whippy sticks) the paper one was just not very good. Beyond that as with all the models I purchased I was pretty happy with the details on the miniatures I purchased and minus a few times that I had to shove or hammer plastic into place they snapped together quickly. 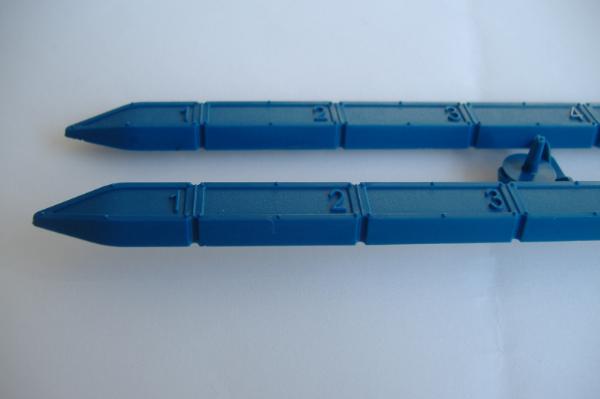 Gameplay I like the game, turns are pretty quick and the 4×4 board works well for a system that encourages you to get into combat quickly. That being said I still like my 6×4 boards and think warmachine 75 point matches would lend itself well to that. Also the rules are not super crazy even though the rule book is a little bigger than I like (coming from AOS so everything is).

By the end of the league I had most the rules down and was moving along devising strategy (albeit horribly). One thing I wished they offered was a cheat sheet with all the little icons on the model cards for you to look over. There are tons of different damage types, weapon bonus icons, and even more ability icons and it would be nice if there was a sheet of paper I could print out that listed them all. Besides that the game rolls along pretty smoothly and was pretty enjoyable. 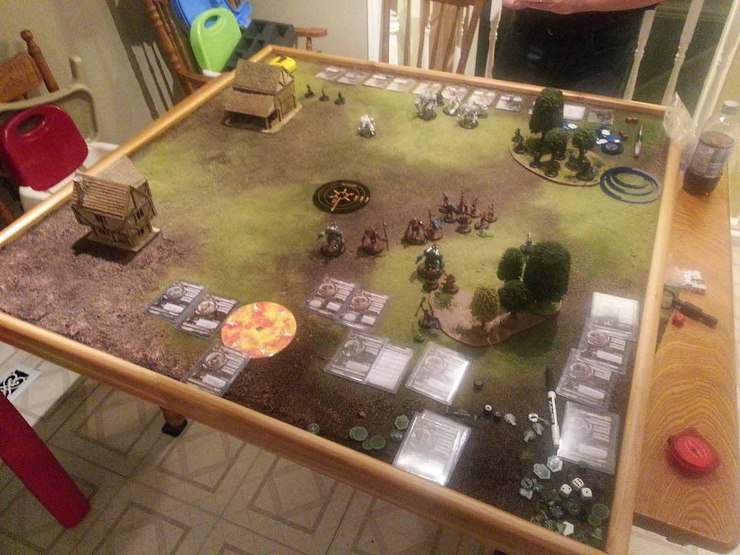 A few things to look out for is that first, you’re going to either need to buy the cards from privateer press or the app in order to see how much points a unit cost and their abilities. Think of it like a codex, so be ready to shell out the 20 for that before you even begin to build onto your starter set. Second you can download a template online, but it would be to mark on the base the front and back arc of your models.

For me I just put in two little lines in grey, but some people goes as far as to paint them different colors. Next put your cards in clear sleeves (two sides to most cards) so that you can mark damage boxes on them using dry erase marker, and them wipe them clean. Finally you are going to need more tokens they what the starter box provides you with in order to keep track of spells placed and fury distribution. 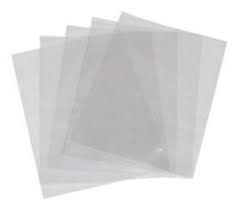 With the painting completion I took third place out of 12 models so I cannot complain, and it was encouraging to see so many entrees. I think if I had a chance to finish my base with some grass / shrubs it would have taken second place but as I generally enjoy painting to take third was nice. The models themselves are generally fun to paint (though I am still struggling to get back into Ragnar) and the detail is good enough on them for you to make them as complicated as you want.

Moving forward I think I just got burned out on painting trolls so quickly and so think I will bounce back and forth between the two systems I play. Finish a unit or model in Age of Sigmar and then do one in WarmaHordes. etc. Right now I am painting a unit of screamers for my AOS league and as soon as there down I am looking forward to getting to the troll whelps and painting them how I painted my pink horrors.

The trollbloods really drew me in as an army because they allow any color scheme you want as they are refugees of various tribes and so while looking similar different skin tones, weapons, etc. are not uncommon. It really allows you to use a full color pallet. 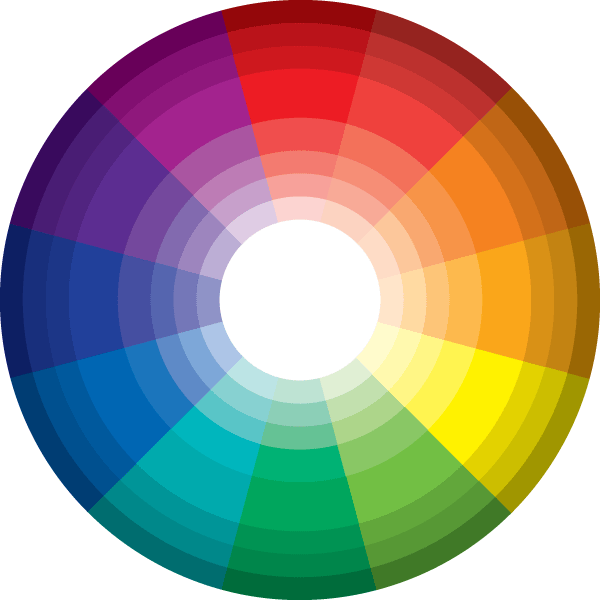 Overall I like the game and the models, like any miniature game be prepared to drop 150-200 to get a sizeable force that may not be the bee’s knees. But it will push you in the right direction. For the rules they are not too difficult and anyone that is used to more complex rules (40k, Warhammer fantasy) should have no problem picking up this game. If you are just an Age of Sigmar player like I was it is a little more in depth but still by your fifth game you will have a decent grasp on the system and how your army works.

That is it for me, until next time get those miniatures tabletop ready! 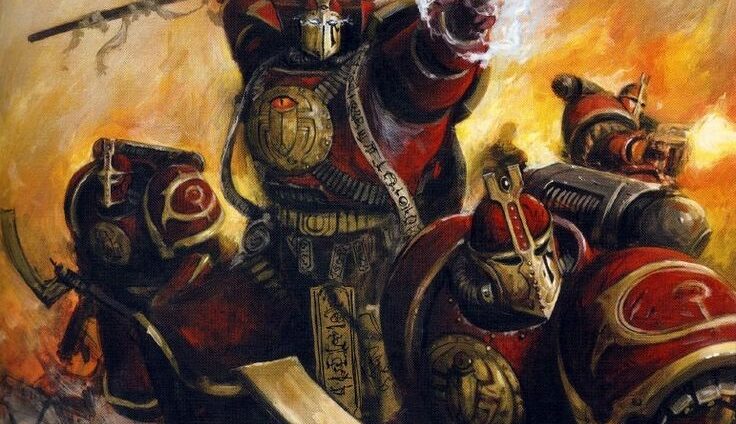 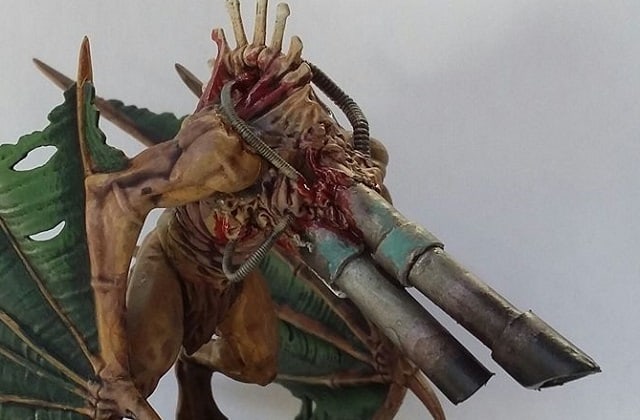 NEXT ARTICLE
Looking Down the Barrel – Conversion Corner »
If you buy something from a link on our site, we may earn a commision. See our ethics statement.