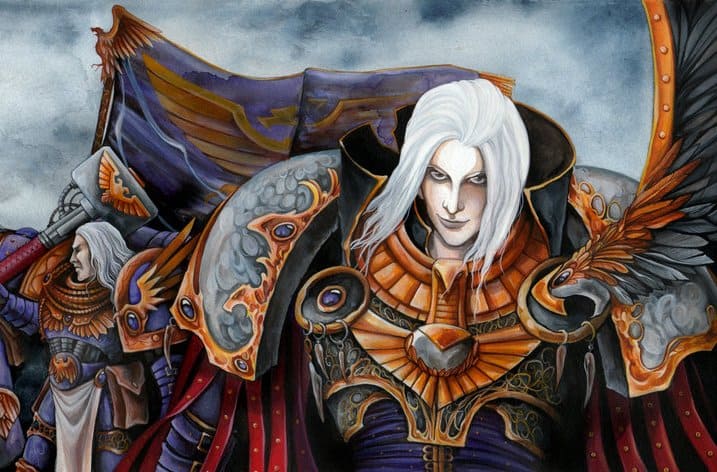 Praise the forces of chaos! Fulgrim leads this troop of Emperor’s Children in this elegantly painted commission from GMM Studios! 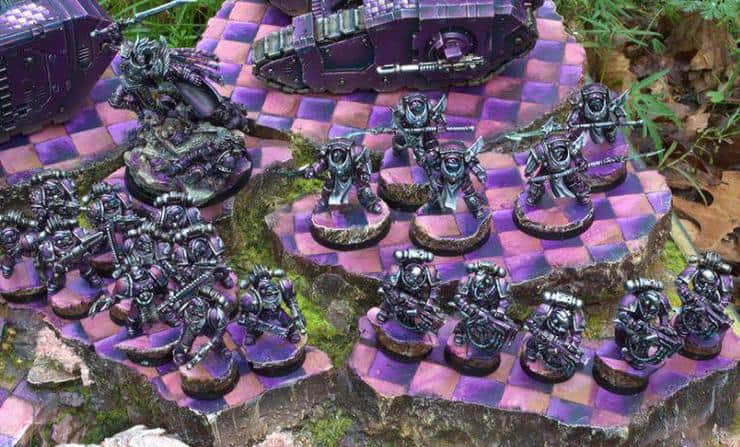 This year’s Adepticon charity army had some hiccups with logistics.  I received the army in time to get it painted to what I would be happy to photograph, but the donator of the checker cutting board was not able to get it to me until actually at the con.  Luckily, the winner was very kind to allow me to take the army home, give the army itself about a week’s more brush time, and build the display board and bases I had originally envisioned.
The display is heavily influenced by Yavin 4, the moon base of the rebel forces in A New Hope.  There was always something additionally endearing about the valiant Rebel army holding up in this ancient ruin, beautiful but in decay, more so than any other location direction-wise would provide.  Throwing Fulgrim and companies’ background of the pretty but tragic on top seemed natural, no pun intended. 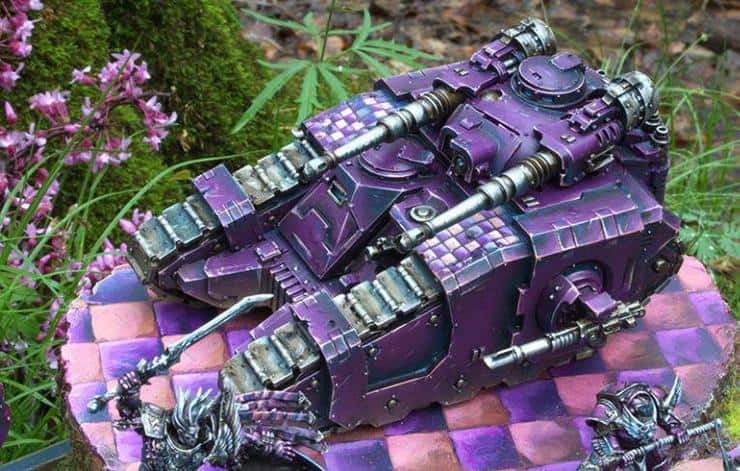 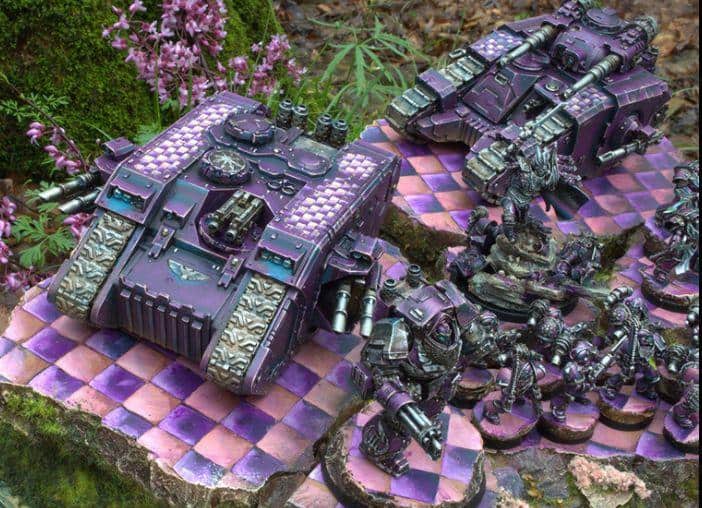 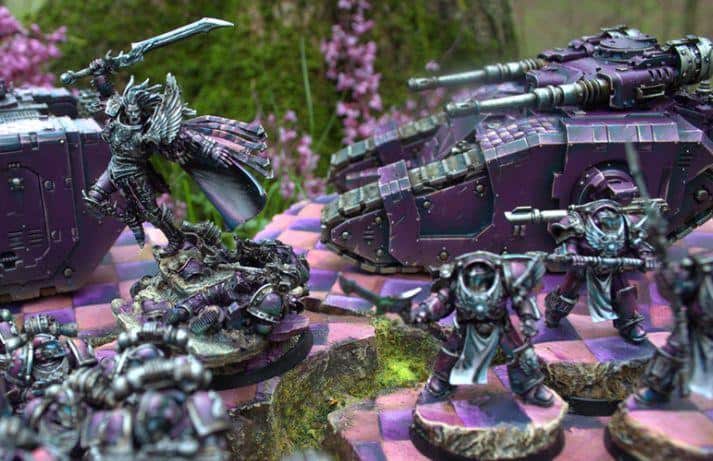 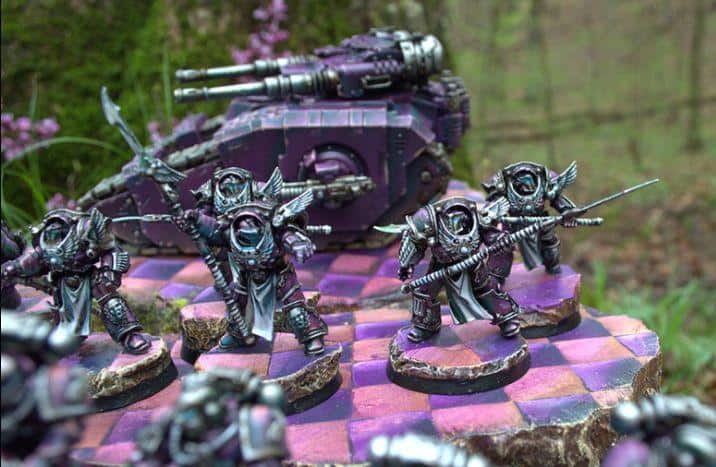 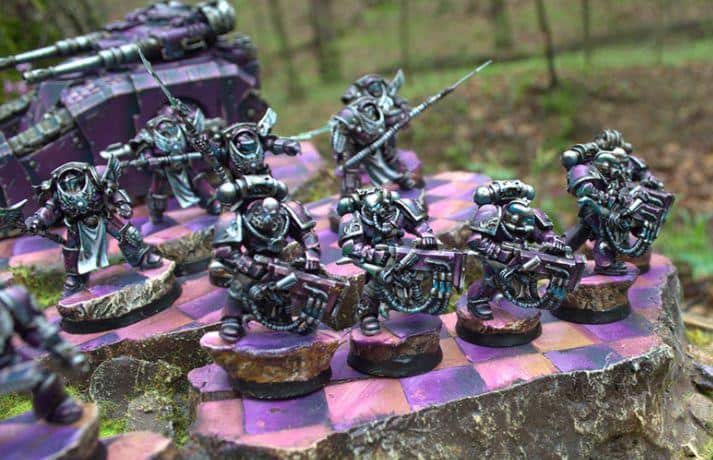 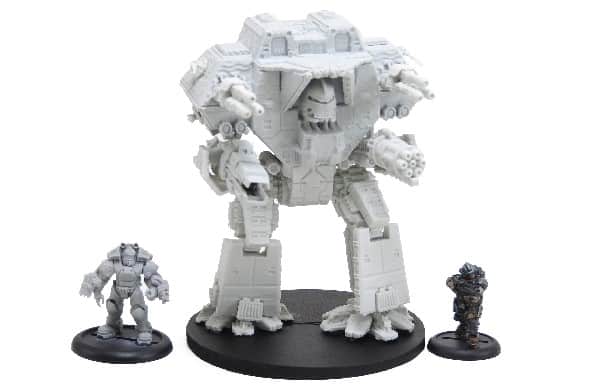 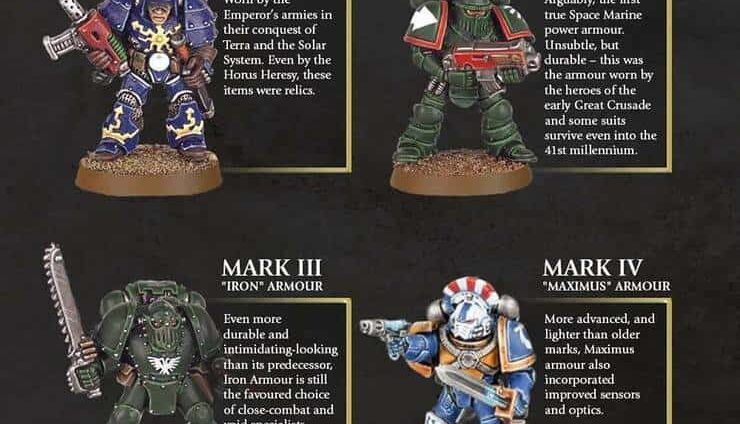 NEXT ARTICLE
Do You Know Your Power Armor? Pic of The Day »
If you buy something from a link on our site, we may earn a commision. See our ethics statement.