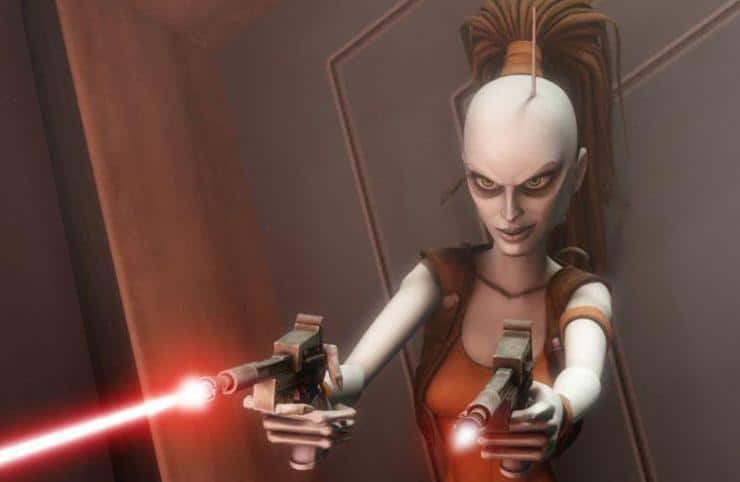 There is a new bounty hunter menace in Star Wars Destiny, and it’s not Fett. Check out this bounty hunter team that will have you in their sights soon! 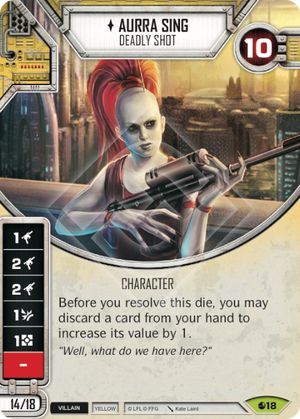 The deadly shot, Aurra Sing is not to be trifled with. Her dice pack a huge ranged punch with 2 sides that feature 2 ranged damage. If you go with the Elite version of Aurra you can potential blast your opponents for 4 ranged damage from her character dice alone! Her ability is also geared for striking at the best time. You may discard a card from your hand to increase one of her character die by 1. That 4 can turn into 5 really quick to finish off a character. 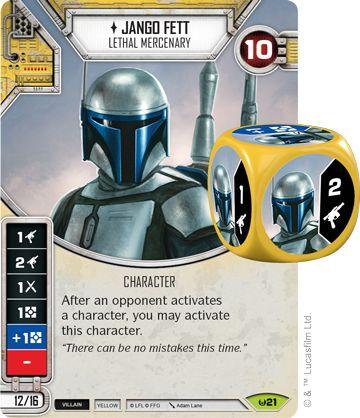 Jango Fett is a nice companion to add to Aurra, albeit with his standard version. Jango is quick on the draw with his ability and this adds up to a fast moving deck that aims to beat its opponents to the punch. Speed is the key in Destiny at the moment. 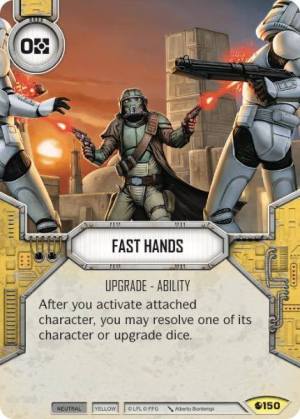 Fast Hands is a fantastic way to get Aurra dealing her damage quick. After you roll, you could resolve one of her ranged dice and potential discard 1 card to increase its value by 1, all in one action! Deadly and fast! 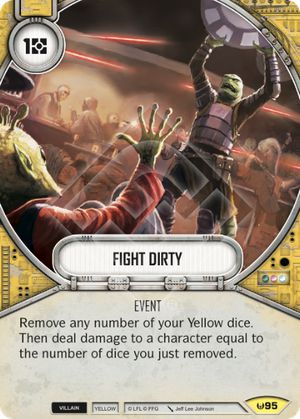 With this being a mono Yellow Villain deck, you might have to Fight Dirty to get the job done. With having access to Ascension Guns, Jetpacks, and Person Shields, there is no shortage of Yellow dice to use with Fight Dirty. Catch you opponent off guard with this finisher card by removing any number of your Yellow dice that can be converted to damage for each that you remove. Sneaky and deadly! This deck is the new go to Yellow Villain deck! Have you encountered this deadly duo yet in Star  Wars Destiny? 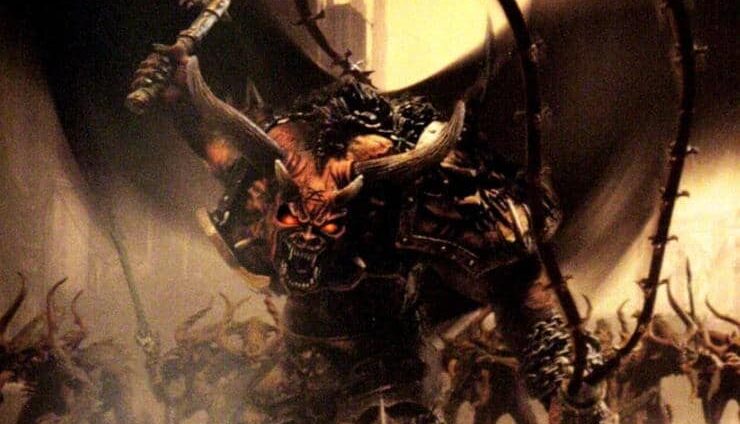 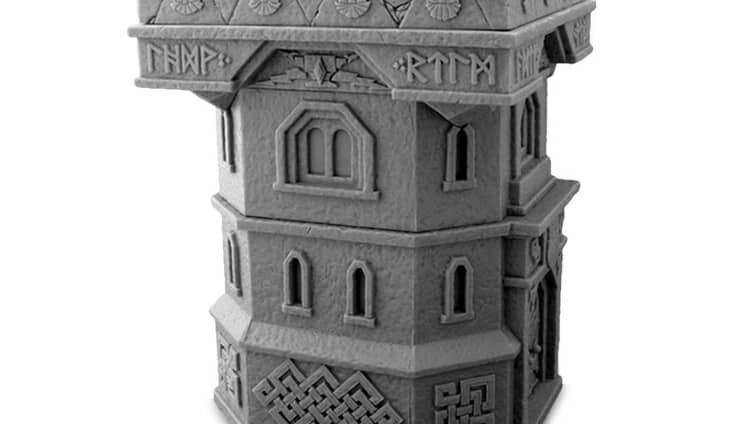 NEXT ARTICLE
New Dwarven & Fantasy Terrain Hits Tables »
If you buy something from a link on our site, we may earn a commision. See our ethics statement.