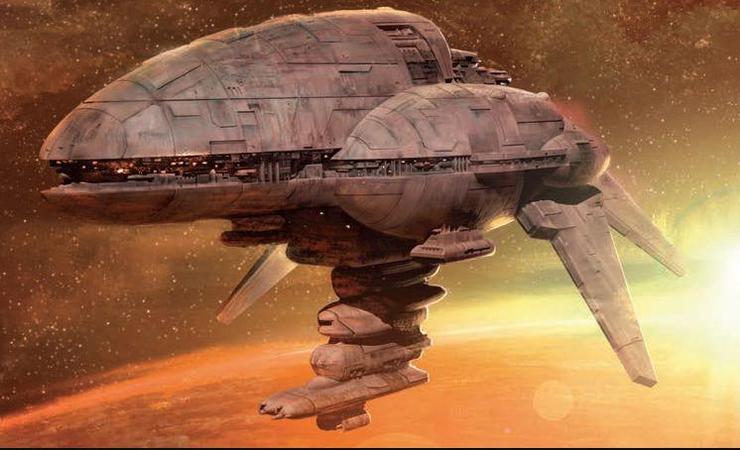 New tactics abound in Star Wars Armada! Let’s take a look at a close combat style Assault Frigate for the Rebel Fleet! For the Alliance! 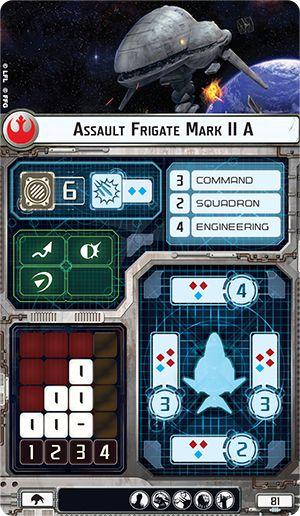 The Assault Frigate Mk IIA sometimes is difficult to fit into a Rebel fleet, and it’s squadron value is certainly lacking. But with new upgrades and tactics, this thing can be a close range beast! Let’s start with the Turbolaser upgrade. 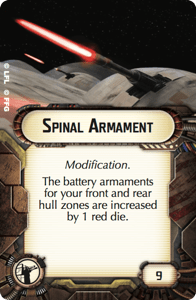 Spinal Armament adds 1 red die to the front and rear hull zones of the Assault Frigate Mk IIA, which if you pay close attention to its reference card, will make each hull zone armament identical. 3 red dice and 2 blue out of every arc! Since we have all of our hull zones matched up, it would be a wise tactic to shoot for those double arcs. An old title could come in handy for this ship. 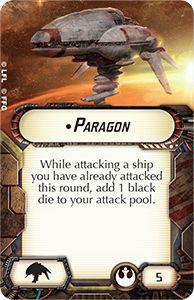 This title is designed for double arcing, as it gives you a free black die whenever you attack a ship that you have already attacked. This black die could even be doubled up with a concentrate fire command to net you 3 red, 2 blue, and 2 black at medium range! This is about as hard hitting as an ISD, but at half the price. The strength of Rebel ships is punching above their weight class, and this one has got the right stuff!

Let’s add another interesting upgrade to really put the hurt on those Imperials. 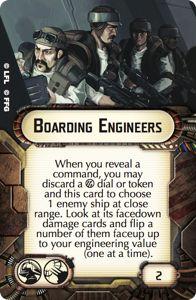 Boarding Engineers is a new upgrade coming soon in the Wave VI expansions. This nifty upgrade can allow you to discard a squadron token and the card to choose an enemy ship, look at its facedown damage cards, and flip a number of them face up equal to your engineering value. With a hefty engineering value of 4, this Paragon is going to cripple any Imperial ship caught within range of the Boarding Engineers.

With new upgrades come new tactics. Which new tactics will you employ with the next wave of Star Wars Armada? 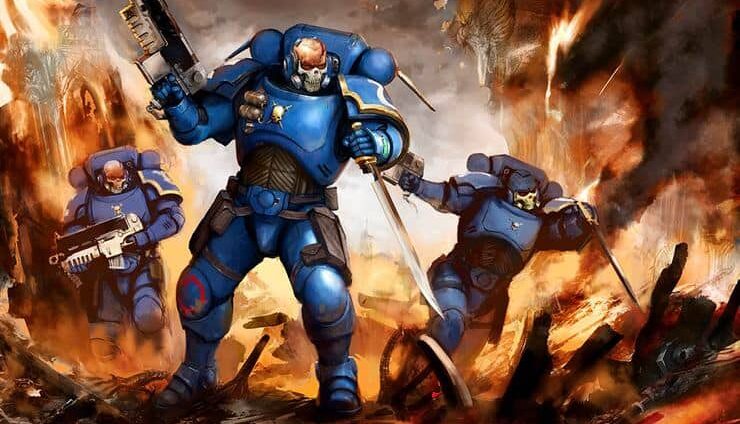 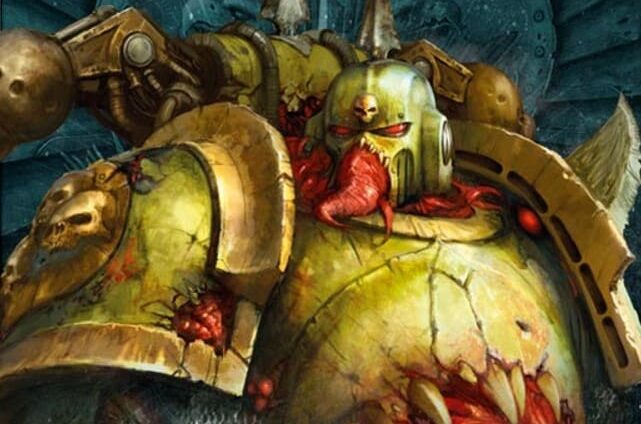 NEXT ARTICLE
New Death Guard Datasheets Spotted »
If you buy something from a link on our site, we may earn a commision. See our ethics statement.