Army Painter has already been working with Fantasy Flight Games to gives us some great painting guides for their Runewars Miniatures factions. The best part about those guides is that they are free and the pdf can be found here. You will find guides for Waiqar for Undying and the Daqan lords. Uthuk Y’llan and Latari Elves guides are planned and will hopefully be released before the paint kits. The paint kits are slated release in the fourth quarter of 2017 and the first quarter of 2018. 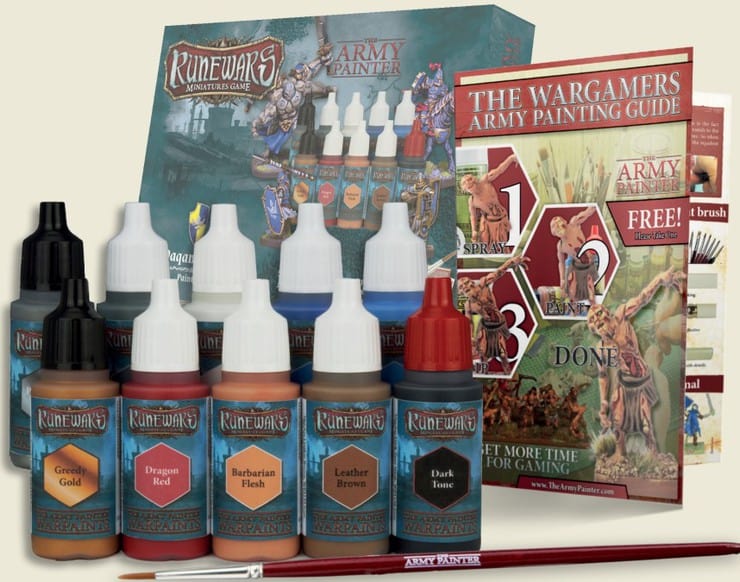 The Army Painter has assembled a series of customized paint sets to bring the action of Runewars MiniaturesGame to life. These faction-specific sets contain a painting guide, hobby brush, and ten high-quality acrylic Warpaints. Each vibrant collection has been carefully selected to evoke the armors of each faction battling for Terrinoth: the Daqan Lords, Waiqar the Undying, the Latari Elves, and the Uthuk Y’llan. The detailed painting guide included in each pack enables commanders to customize their armies, whether they are new or experienced miniatures painters.

Now, players can don their militaries in the exact shades scribed in the rich lore of the Runebound universe. The royal blue of the Daqan’s elite soldiers inspires pride among the citizens of the wide spread baronies. In the Mistlands, the forces of Waiqar the Undying don inky purples against the stark white of skeletal soldiers. Beneath the boughs of the Aymhelin Forest, the Latari’s rich greens disguise the deadly archers who defend their homeland. Meanwhile, the locust swarm of the Uthuk Y’llan wear a vivid red to match the blood they revel in spilling.

Prices are not yet available for these kits and they will be released near the end of the year/into next year.

For more on these paint kits and everything Runewars, visit Fantasy Flight Games! 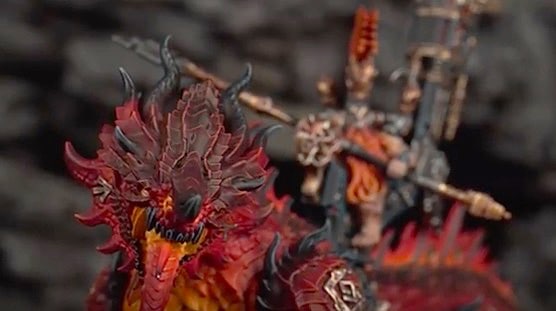 NEXT ARTICLE
GW’s New Pre-Order Lineup & Pricing Confirmed »
If you buy something from a link on our site, we may earn a commision. See our ethics statement.