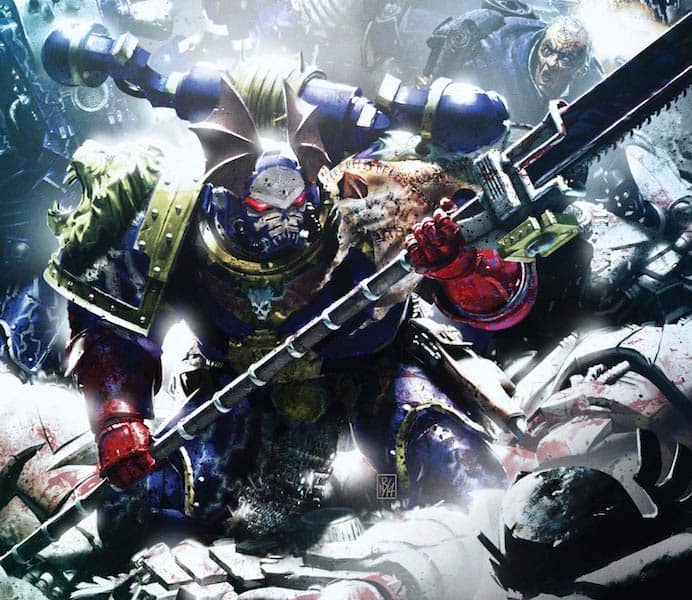 The Night Lords are here in the latest Chaos rules teaser from Games Workshop. Come see the latest on the Midnight Clad Legion and more.

Leading up to the release of the new Chaos Space Marine Codex, Games Workshop will be giving the Chaos chapters the same dose of teasers the Space Marine chapters got. Let’s see what they had to say about the Night Lords.

The Night Lords are famous for two things – their use of fear as a tactic and their distinctive winged headgear. Thanks to their new Legion Trait, the Night Lords are one of the most interesting forces in the new Chaos Space Marines codex, able to maximise casualties in the Morale phase and devastate even the most stalwart of soldiers. 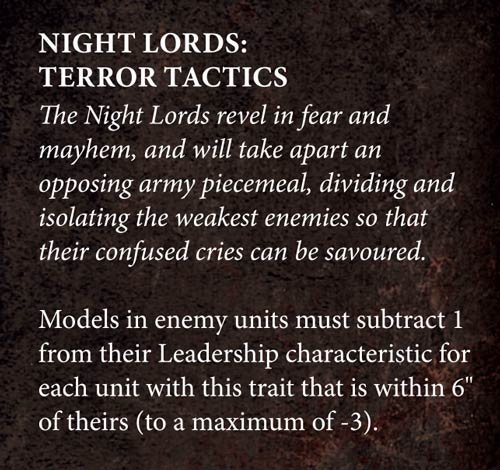 Terror Tactics means that a Night Lords assault army is going to be very dangerous in the Morale phase – with -3, even high-leadership models risk suffering additional casualties.

Nothing is more crippling to a player then losing even more models in the Morale phase. Terror Tactics is going to force your opponent to do just that, subtracting 1 from their Leadership characteristic for each unit with this trait that is within 6″ of theirs, not to exceed -3. All you have to do is sit back and watch them roll their dice to see how many additional models they’re going to lose.

But first you know, you’ll have to force some morale checks…

Raptors have always been popular among Night Lords players, and in the new codex they’re an incredibly strong pick – use yours right and even Grey Knights will be running. Three units of Raptors equipped with Icons of Despair can knock enemy leadership down by 5 whole points – enough to turn even small losses into devastating mass panics in the enemy army.

Night Lords Chaos Lords with Jump Packs are going to number among the deadliest combatants in the 41st Millennium. Take yours with the Claws of the Black Hunt, Night Haunter’s Curse and Diabolic Strength from a nearby Sorcerer and your lord will be dishing out six Strength 6 Attacks, each doing D3 Damage at AP -3 with rerolls to wound. With a reroll to a failed charge, this is a great assassin unit for killing key characters such as Primaris Apothecaries. 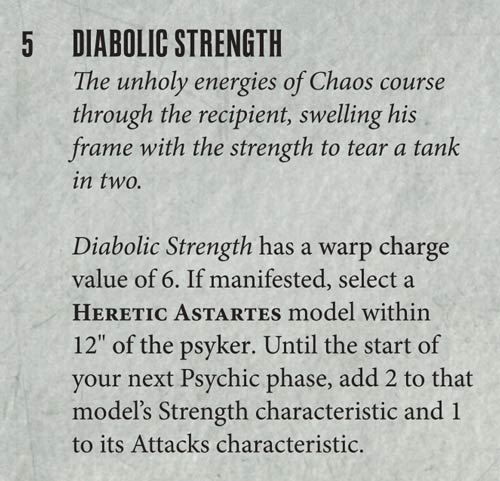 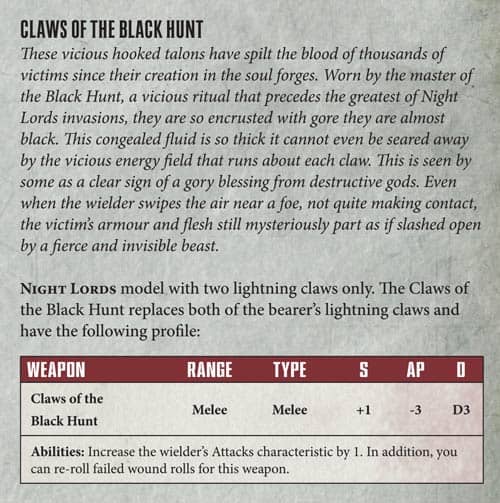 How to Use Them

If you’re playing Night Lords, you’ll want to take as many fast moving and morale-modifying units as you can. Throw in some Daemonic allies in the form of Be’lakor and you’ll be able to bring enemy Leadership down even further – focus on doing a small number of casualties to as many units as possible every turn, and let Morale tests handle the rest.

It’s worth noting one of the evilest strategies available to the Night Lords in the new codex: their Stratagem, In Midnight Clad. 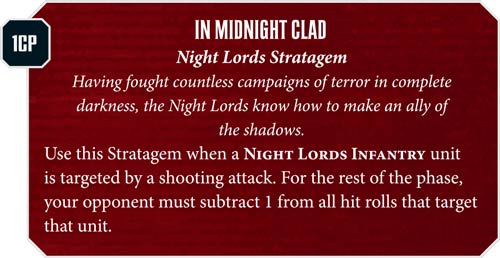 Why is this so powerful? Psychological and shock value. You declare this Stratagem AFTER your opponent has already started firing – meaning if they’ve decided to overcharge plasma weapons, suddenly their own models will be getting slain on a 2 or less. You’ll be able to catch powerful shooting units unawares with this one, and just having a Command Point spare at all times will mean your opponent is less likely to risk overcharging their weapons. With Hellblasters arriving on tabletops very soon, you’ll need defence against plasma, and this is a great way to get it.

Hellblasters will be arriving on the tabletop very soon, and it looks like the Night Lords are going to be prepared for them with this Stratagem (or any big baddie that has to make decisions based on damage output). You use In Midnight Clad after your opponent has already started shooting at one of your Night Lords Infantry units, it’s only 1 Command Point and forces your opponent to subtract 1 from all hit rolls that target that unit. Maybe they will think twice about overcharging their weapons.

What are your thoughts on the latest update for the Night Lords? Let us know in the comments below. 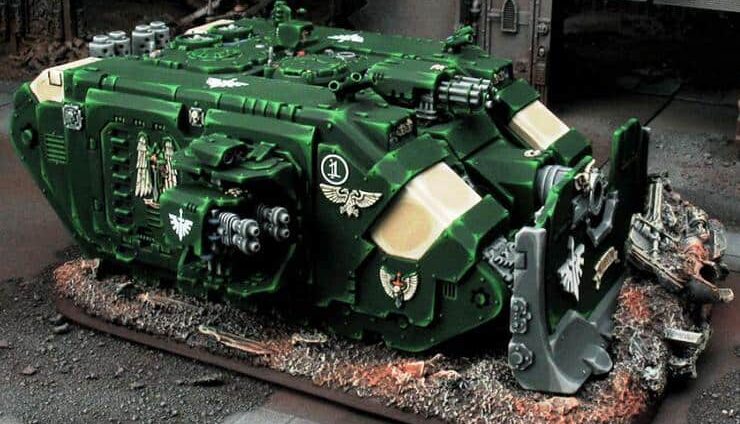 NEXT ARTICLE
Land Raider Ares Updated to 8th Edition: PDF »
If you buy something from a link on our site, we may earn a commision. See our ethics statement.