The Black Library is preparing several releases for November. From the Raven Guard to Age of Sigmar, let’s see what they have coming.

These titles from Black Library are being prepared for release in November. Let’s dive right in and see what’s coming soon!

Overlords of the Iron Dragon 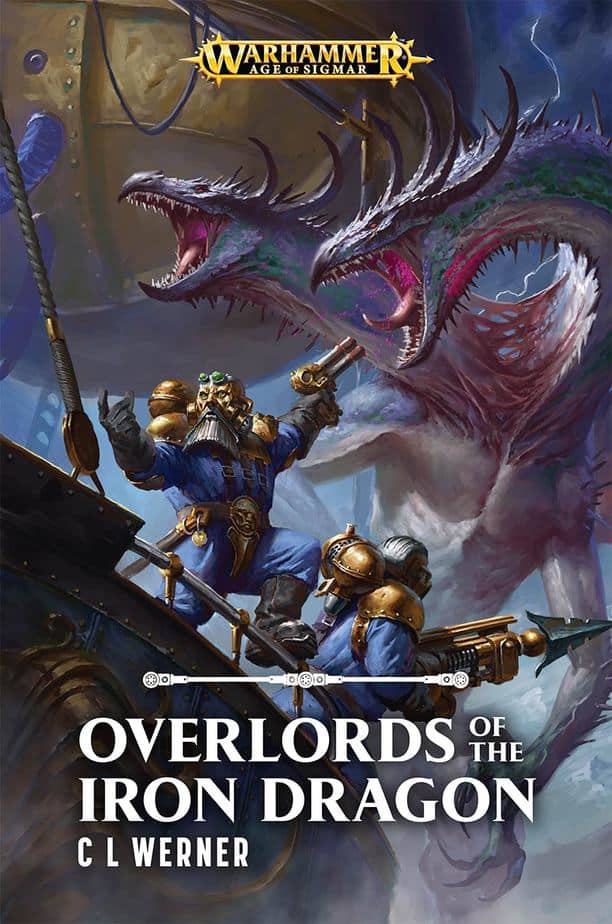 A Warhammer Age of Sigmar novel

Brokrin Ullissonn, a down on his luck duardin captain, has a change in fortunes when he finds an untapped source of aether-gold – but is the danger that awaits him and his crew worth the prize, or are they doomed to further failure?

READ IT BECAUSE
It’s the Kharadron Overlords’ first starring role in a Black Library novel, and it’s as packed with high-skies action, excitement and danger as a sky-ship’s hold is with aether-gold!

THE STORY
Far above the highest mountain peaks, a new power has arisen. The duardin have developed new technology and weapons of war, and now they sail the skies in their amazing airships, seeking wealth and plunder. Brokrin Ullissonn, Captain of the Ang Drak, has a reputation for bad luck. Unless his fortune turns, and soon, he will lose his ship and his livelihood. When he and his crew discover the location of a source of aether-gold of unparalleled quality, the temptation is too strong to resist. No matter what dangers present themselves, the duardin desire wealth beyond all. But when Brokrinn realises what the true cost of the aether-gold will be, is it too late for him to save himself, his crew, and his ship?

The Devastation of Baal 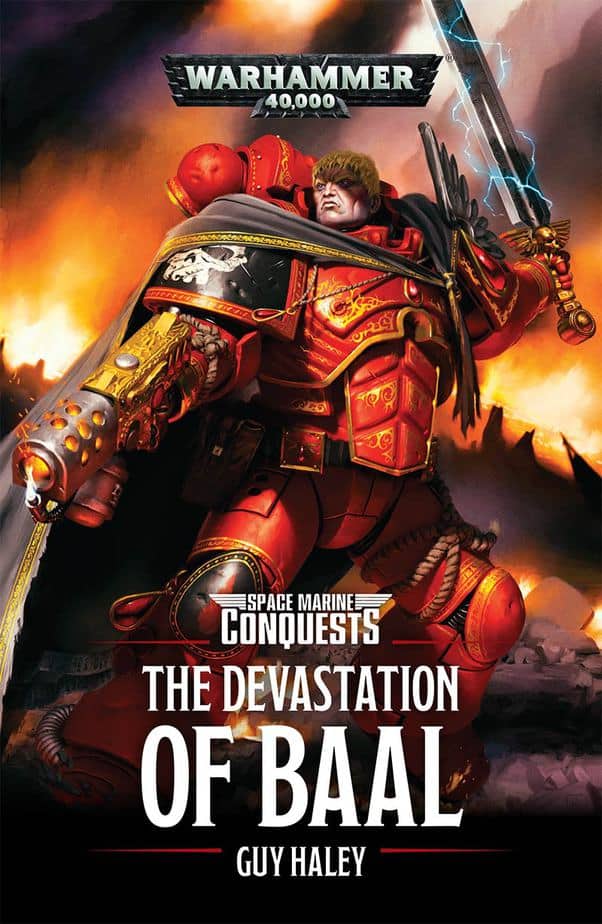 Baal is besieged! The alien horror of Hive Fleet Leviathan has reached the Blood Angels home world, and their entire existence is under threat. As the sons of Sanguinius gather, the battle for the fate of their bloodline begins…

READ IT BECAUSE
It’s one of the key events in the build-up to the new Warhammer 40,000 background (and it’s been years in the making!) and it’s an epic tale of triumph and tragedy, heroism and sacrifice, and sets the scene for the future of the Blood Angels – if they have one.

THE STORY
The Blood Angels Chapter of Space Marines is under threat. Having obliterated all human life in the Red Scar region of space, the largest tendril of Hivefleet Leviathan ever seen in the Imperium has converged and is making relentlessly for Baal.

To face this awesome foe, Commander Dante has called upon the Successor Chapters of the ancient Ninth Legion. The Sons of Sanguinius gather in numbers not seen since the dark days of the Horus Heresy. Thirty thousand Space Marines stand ready to thwart the Great Devourer, save the homeworld of their primarch, and prevent the consumption of billions in the Ultima Segmentum beyond.

But the tyranid swarm numbers in the trillions, and they are not the only danger to the Chapter’s future. As the galaxy slides toward a terrifying new era, events far away threaten to unleash a greater evil. A further enemy must also be overcome, that of the Black Rage that lurks in the souls of all Sanguinius’s bloodline. 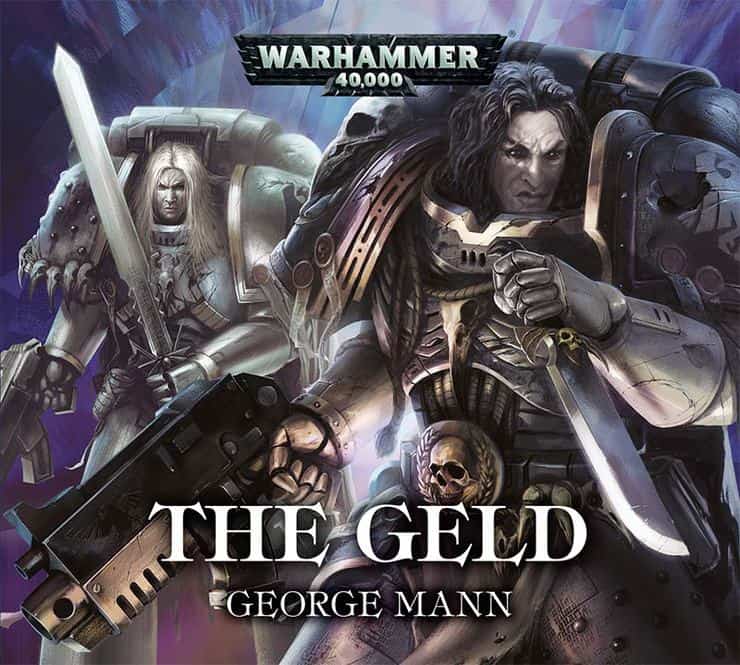 Tasked with an important and treacherous mission by Chapter Master Shrike, Shadow Captain Qeld must use every bit of his cunning – as well as his unique skills – if he is to survive and claim victory.

LISTEN TO IT BECAUSE
George Mann blends the expanded Raven Guard lore from the Horus Heresy with his practised take on the Chapter in the 41st millennium and crafts a tale of intrigue and action!

THE STORY
Long ago the Mor Deythan were the most feared of all Raven Guard – elite warriors who could cloud the minds of the unwary, dubbed the ‘Shadowmasters’.

When Shadow Captain Qeld is summoned to the Ravenspire for an audience with Chapter Master Shrike, little does he anticipate the treacherous mission he’s about to undertake. Thrown together with others who share his innate abilities – including Mordren, of the Knights of the Raven Chapter – he must journey into an insane labyrinth inhabited by a traitorous warlord Mazik the Unfixed, and help to break a brutal siege. But what does Mazik know of Qeld and his brothers? And can Qeld and Mordren overcome their differences long enough to survive? 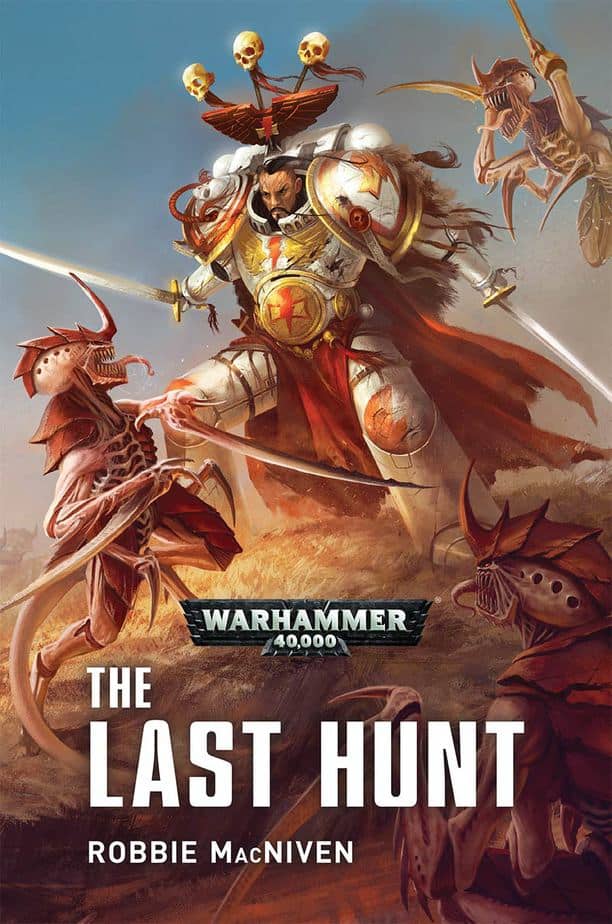 When one of their recruiting worlds comes under threat from a splinter fleet of Hive Fleet Leviathan, Joghaten Khan leads the 4th Company to protect the planet from the rampaging tyranids. But all is not as it seems…

READ IT BECAUSE
The White Scars get a rare outing in the 41st millennium in a high-octane action novel which sees the Khan’s sons defend their hunting grounds from the might of the hive fleets.THE STORY
In the grim darkness of the 41st millennium, the Imperium is protected by Space Marines, superhuman warriors who battle tirelessly to protect humanity from aliens and the dark powers of Chaos. The White Scars are an old and noble Chapter, their apparent wildness and savagery hiding a cultured and spiritual nature. When one of their recruiting worlds comes under threat from a splinter fleet of Hive Fleet Leviathan, Joghaten Khan leads the 4th Company to protect the planet from the rampaging tyranids. But all is not as clear as it seems. Though the White Scars find their efforts hampered by mysterious enemies, they also receive an offer of aid from a most unexpected quarter. Without help, their mission looks next to impossible, but are their newfound allies to be trusted?

These upcoming releases are going to be a must for all you lore hounds out there. Be sure to check back in with us for all your updates from the Black Library. 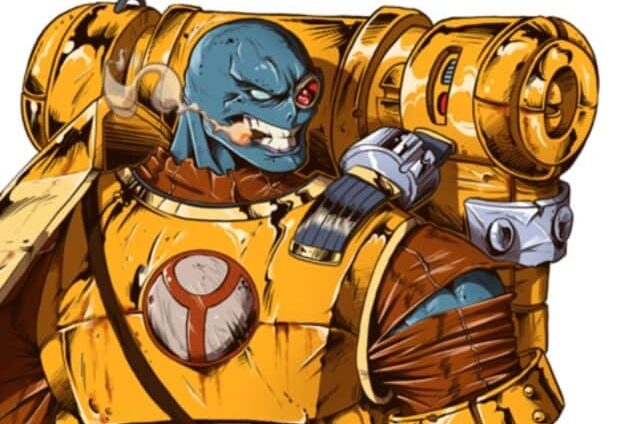 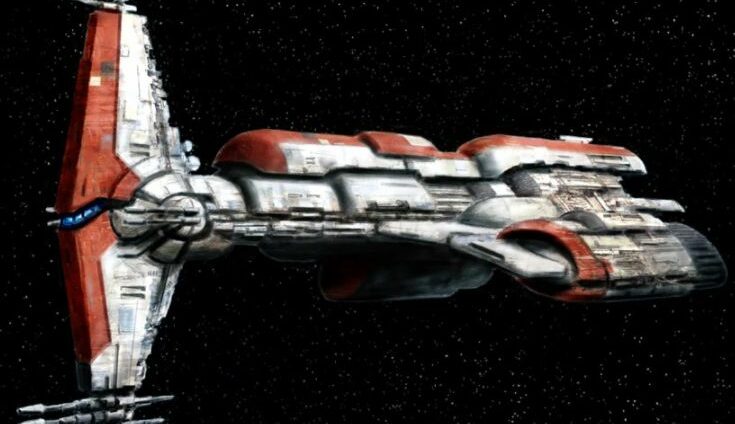 NEXT ARTICLE
Hammer Time: SW Armada Tactics »
If you buy something from a link on our site, we may earn a commision. See our ethics statement.