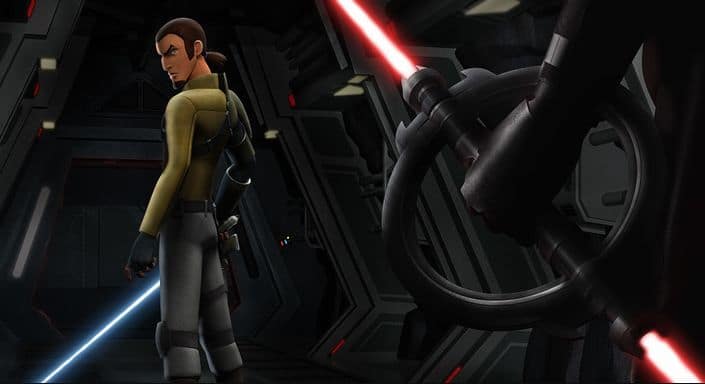 The Dark Side of the Force is strong an answers only to raw power and hatred. But you’ll love these new Blue Villains cards for Star Wars Destiny! 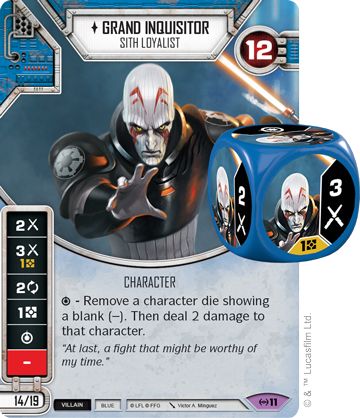 The Grand Inquisitor continues his hunt of the Rebels into Star Wars Destiny. His fearsome character die, features 2 melee, 3 melee for a resource, 2 focus, 1 resource and an insane special ability. His special ability side allows him to remove a character die showing a blank to deal 2 damage to that character.This is an impressive ability that has both die removal and damage capacity. Pure evil! 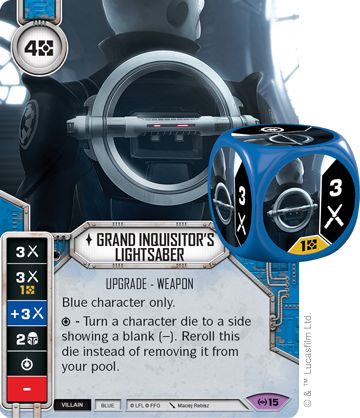 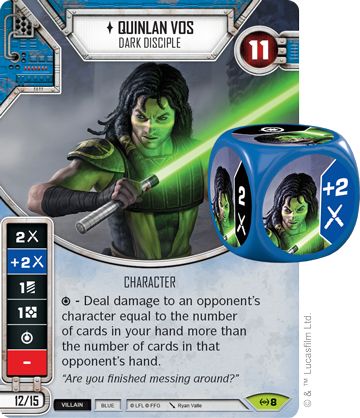 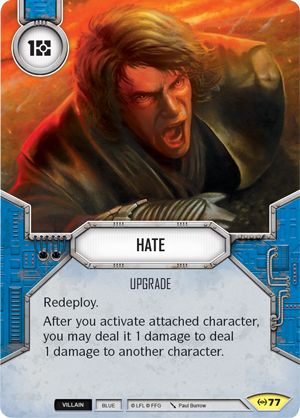 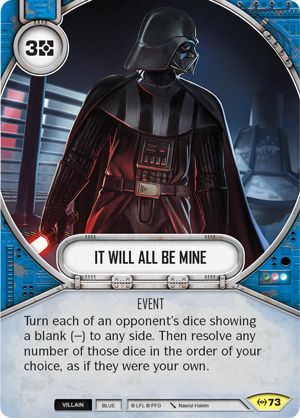 It Will All Be Mine is a very interesting Blue Villain Event in this expansion. Much like We Have Them Now, this card allows you to change die faces to an side, but that’s not all. You may turn each of an opponent’s dice showing a blank to any side, and then resolve any number of those dice in the order of your choosing as if they were their own! This is a crazy die manipulation card that removes opoonent’s dice and resolves them as your own to deal damage, gain resources, and any combination you choose. It can all be yours! 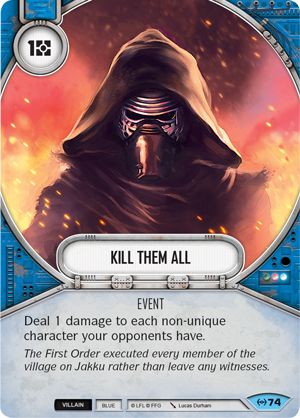 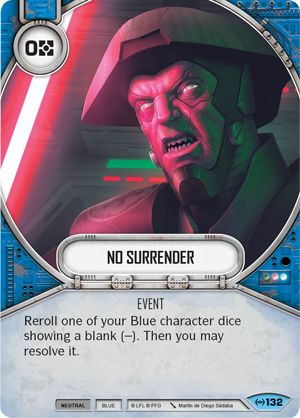 Finishing up our preview, we have a 0 cost Blue Event that allows you to reroll one of your Blue character dice showing a blank and then resolve it. This is a great utility card that will work well in the Inquisitor’s deck, and has good synergy with another Blue Event, Manipulate.

The Villains have just as much power as the Heroes in this next expansion. Will you be ready to defeat the Heroes with ultimate power?! 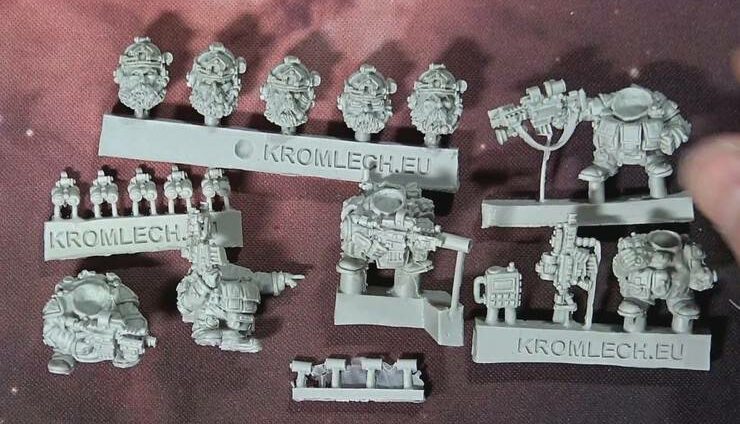 NEXT ARTICLE
Kromlech’s Commando Squats: REVIEW »
If you buy something from a link on our site, we may earn a commision. See our ethics statement.